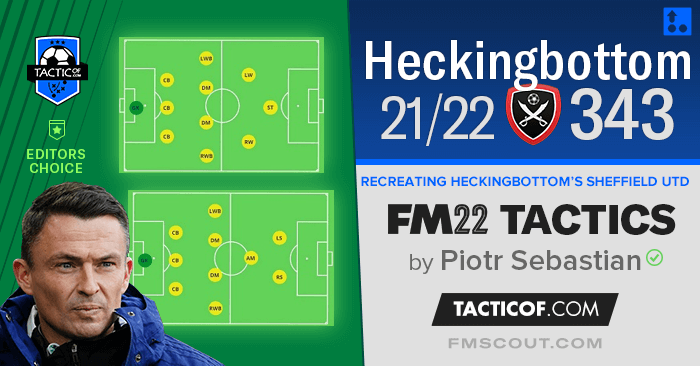 Paul Heckingbottom has switched Sheffield United to playing three defenders in a 3-4-3 starting formation with one striker this season, although against selected rivals he does not hesitate to change to a formation using two strikers 3-4-1-2.

Team structured play is a hallmark of Heckingbottom’s style, which limits the freedom of individual players in favour of good organisation and collective high pressing.

He prefers fast-tempo play and high mobility of players on all lines.

Heckingbottom places high fitness demands on his players and expects an aggressive attitude both on and off the ball.

On the ball the team’s play varies from using wide passing channels on the wings in combination play with high-flying wing-backs, to penetrating the defence with direct balls through the center to midfielders running into the penalty area, to the more traditional widening of the area and overlaps with the task of crossing into the box. 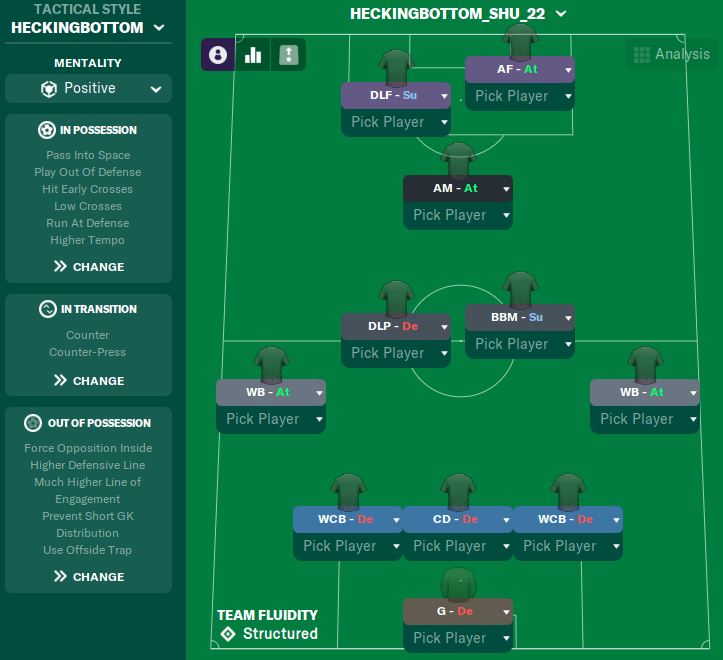 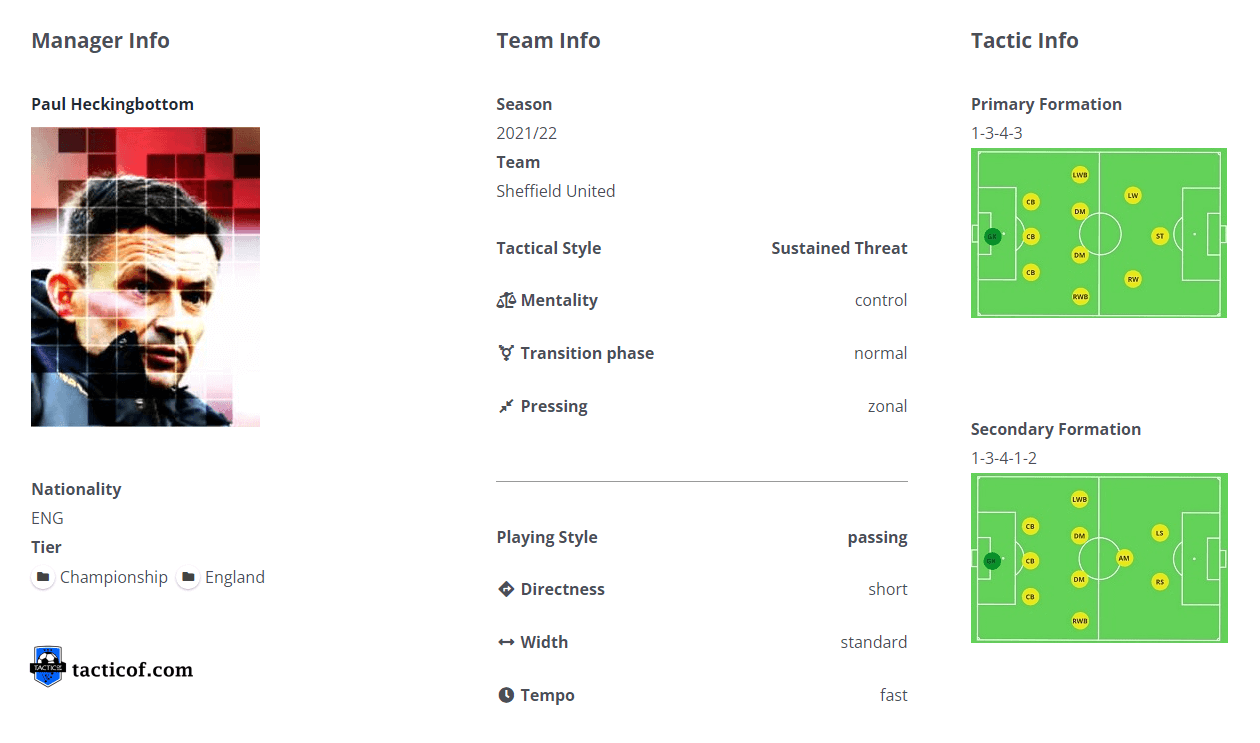