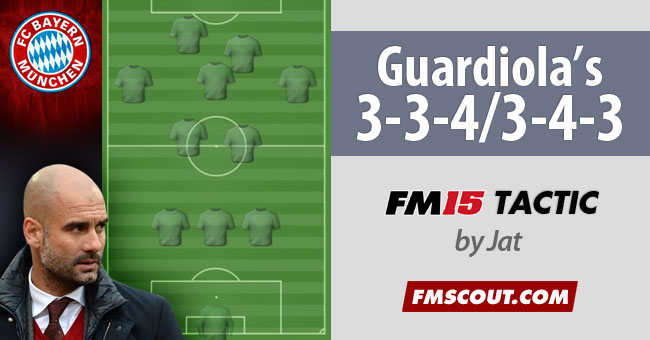 
Josep "Pep" Guardiola i Sala; born 18 January 1971 is a Spanish former footballer who is the current manager of Bundesliga club Bayern Munich.

Guardiola played as a defensive midfielder and spent the majority of his career with Barcelona, forming a part of Johan Cruyff's "Dream Team" that won the club's first European Cup in 1992, and four successive La Liga titles from 1991 to 1994. He later captained the team from 1997 to 2001. He then played for Brescia and Roma in Italy, Al-Ahli in Qatar, and Dorados de Sinaloa in Mexico while training to be a manager. While playing in Italy, he served a four-month ban for a positive drug test, although he was cleared of wrongdoing twice on appeal in 2009 before the Courts of Justice of the Italian Football Federation and the Federal Anti-Doping Courts of the Italian Olympic Committee (CONI).

He was capped 47 times for Spain, winning the Olympic Gold Medal in 1992, and appeared at the 1994 FIFA World Cup. He also played friendly matches for Catalonia. A deep-lying playmaker, Guardiola was highly regarded throughout his career for his vision of the game, ball control, technical ability, passing range, and calm composure. As a manager, he is one of the most successful and is considered to be one of the best managers of his generation.


The tactic is inspired from one of Guardiola's playing system this season: 3-4-3/3-3-4 (or however you want to say). You can expect some high quality possession play, high and intense pressure, smart and fluid movement and some very good goals from your side.

What I want to be absolutely clear about is the following:

This tactic DEMANDS very technically gifted players in the offense for the best results; I tried it with my newly promoted Fulham side and it worked well, but if you study the game (using this tactic) with a weaker side you will notice some differences. - But I just want to clarify this - so people don't get confused or anything...

Guardiola's team at Bayern has some of the best players in the whole world; which also was the case in FC Barcelona.

I can't say that it doesn't work with weaker teams (I tried with Fulham in the BPL) but you need the right players to get the maximum of this tactic - which is the case with any tactic. Also this tactic IS NOT A "use in every match tactic"; it's a tactic that you employ in specific matches or in specific situations, just look at the different tactics Guardiola uses throughout a season.

I hope you will enjoy the tactic and ask in the comment section if you wonder something and I will try to reply as quickly as I can. Cheers and good luck!


If someone has any complains or anything - I am happy to listen to your feedback, just keep a friendly tone

; I'm always trying to improve my knowledge. I will also like to add that this is my application and that can differ from other people's application[spoiler=“You have your way. I have my way. As for the right way, the correct way, and the only way, it does not exist.”― Friedrich Nietzsche][/spoiler], I'm not Guardiola and FM is "just a game"; I try to focus on the results as much as on the replica. But remember the results speaks for themselves.

Training: IT'S UP TO YOU! Personally I use some very intense schemes to get the maximum results...

Opposition Instructions: From game to game, analyze your opponent!

I have about 10 other Guardiola tactics which I have used in my Manchester United save, so if people want me to upload some of them - I can try when I have the time...