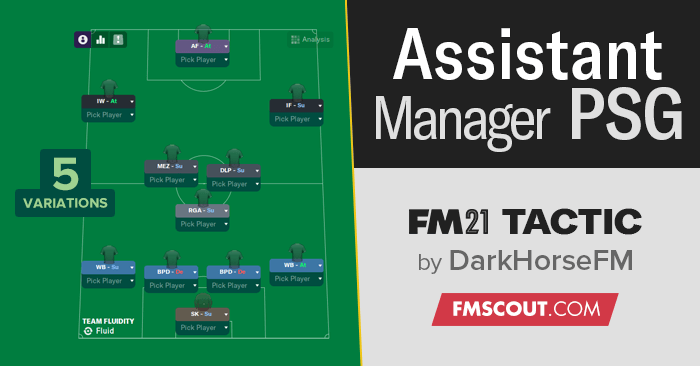 I used this tactic in my recent PSG journey to UCL glory. Along the way we won all competitions with ease and only lost one game in the league that was Match-Day 1 to OG Nice. The tactic can be tweaked in different ways and I will share the different versions I used throughout the course of the season.

The tactic in detail
I call this tactic the Assistant Manager 4-1-2-3 because its not too different from what my Assistant picked out when selected a preset. For the first time in Football Manager 2021, I am tweaking a preset tactic selected by my assistant manager. This is a custom vertical tiki-taka with normal pressing. I did this because I wanted Mbappe up front and I want the opposition to step out of the add defense leaving space for him to run in behind. Also I don't like pressing my opposition constantly with no end product so I like that space in behind. The default team instruction 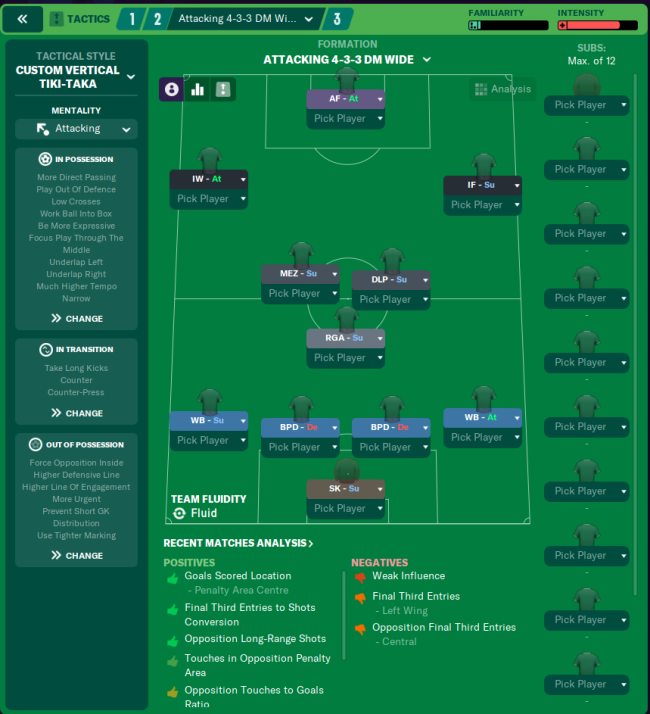 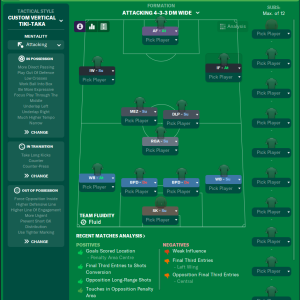 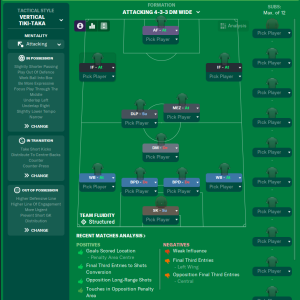 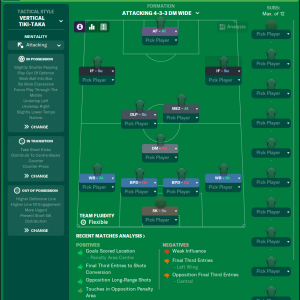 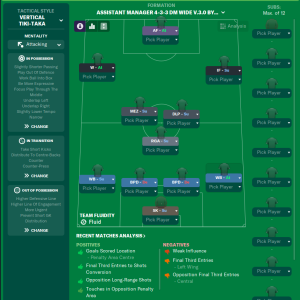 CB – Ball playing defenders. ballplaying central defenders both are good on the ball come pick long passes and carried the ball out of defense. They should have good composure and marking, good vision is a bonus, but passing is important.

DM – Regista (RGA) on support the playmaker in the team. An aggressive deep lying playmaker that can start counterattacks. He should have good vision passing. Wijnaldum and Paredes did well for me. Recall the wingback instructions; when a creative RGA is unavailable, or you are rotating the squad you can use a DM on defend duty and set both wingbacks to attack duty.

CML – Mezzala (MEZ) this is Angel DiMaria or Rafinha Alcantara. A left footed player playing on the left side. When the mezzala is on the right, use a right footed player in that role. Abide to this rule of thumb for a lower league side. For top teams, most of their creative midfielders can use both feet so this should not be a problem. The mezzala can sometimes be switched to a Box-to-Box midfielder (BBM) for a more cautious approach to the game. The BBM offers more cover across the field defensively.

CMR is a deep-lying playmaker on support. Since there is a mezzala and a regista in midfied, the third of the trinity is the sitter. A deep-lying playmaker that hold the midfield allowing the other two to be more creative. I opted for a support duty so he can also offer a creative outlet in midfield.

LW inverted winger (IW) on attack. Can be switched with inside forward on attack to help out the striker in tight games when they. When on the IW is on attack duty, set the wingback paired with this player to support duty. The left winger can also be used as a winger on attack duty. For e.g., Angel DiMaria. This offers more width when using a mezzala as a left sided CM.

ST – Advanced Forward (AF) - Mbappe and icardi play this position. This is the only role I refused to experiment with and kept it constant throughout the season. I noticed some Mbappe and Icardi played the AF-role differently according to their preferred style or PPM (player preferred move). Use Icardi for his height advantage when playing against teams that defend deep. Use Mbappe for his speed on fast attacks, exploiting the space behind high defensive lines.

No set pieces and the Assistant manager manages opposition instructions.

Here are my results from my PSG season. 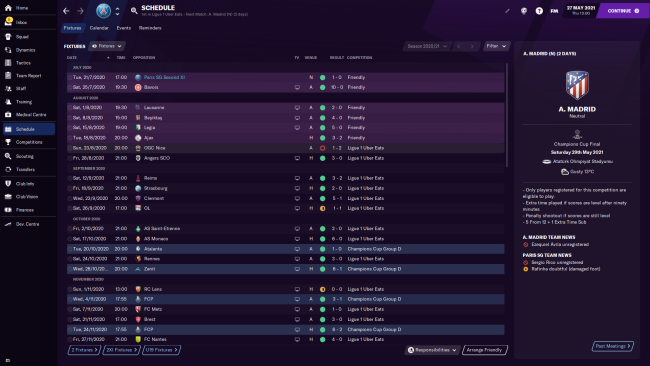 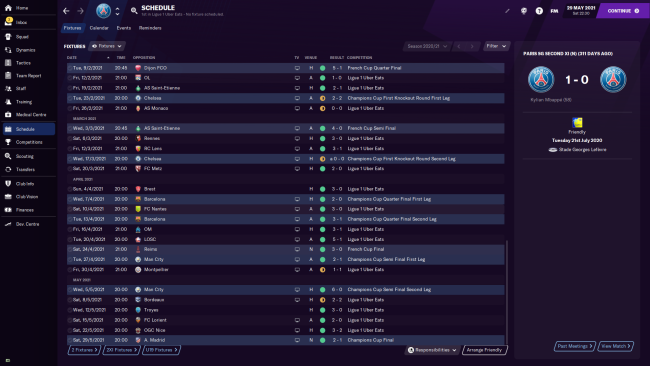