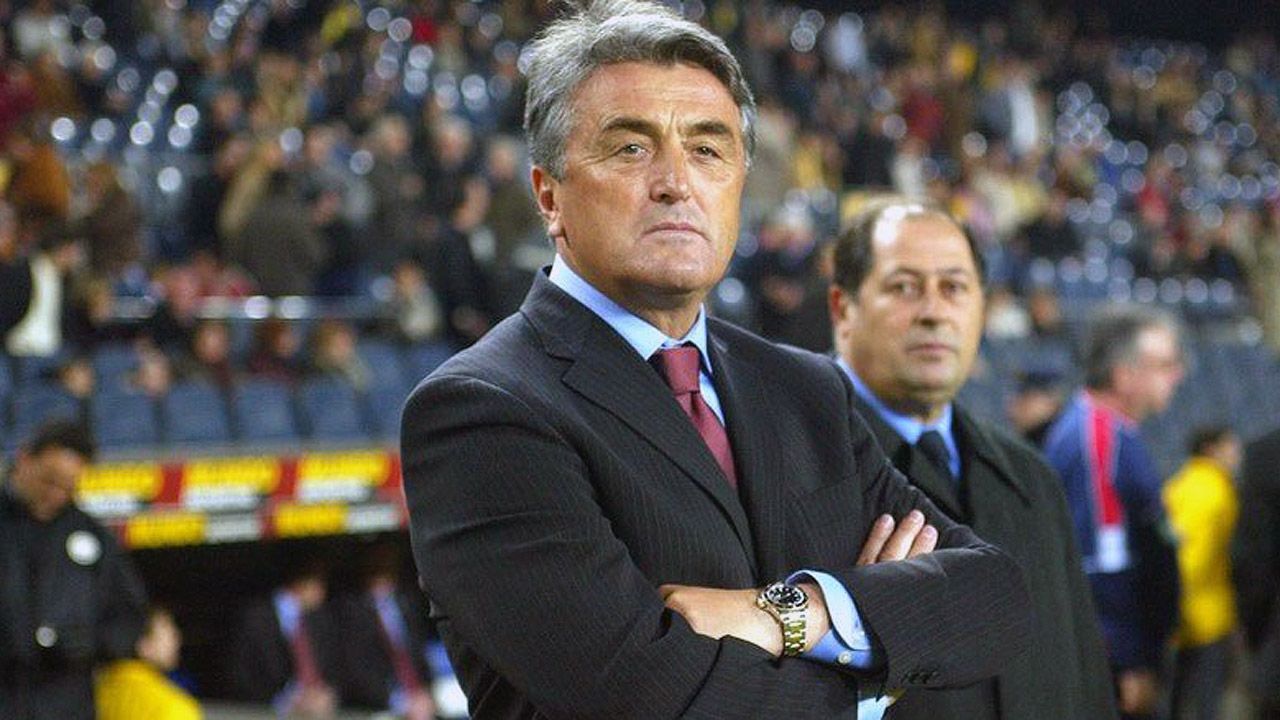 We are at the end of 2008... Serbia lives in misery on and off the field. After the provocative and false self declaration of Kosovo for independence, the country is in the verge of a third civil war since 1991. Protests everywhere in all around the country, negative and pessimistic comments everywhere. The national currency of RSD (Serbian dinar) has dropped down 20% by moving from 80-1 with euro into 102-1. The situation is not better in Serbian FA. Elections after elections, scandals after scandals and 3 different coaches in less than 1 year.

The least and most failed was over promoted Miroslav Djukic who made huge career as a former central defender and who paid off his outstanding performances with u-21 in the final by reaching into the final of the competition. He worked after in Partizan by introducing players like Smiljanic, Jovetic and co. However, the national team was a massive failure for him and for whole country. After the huge fiasco in Olympic Games of 2008 in Beijing the country was in the verge of undisclosed football crisis. Red Star was one step before or after bankruptcy and National Team was completely abandoned.

Despite the high flourish in youngsters, nobody wanted to play due to corruption from previous FA Boards. Terzic then FA President, Curkovic ex president of Partizan, Ceca Raznatovic, Dragan Dzajic and Dragan Stojkovic have built a monster of illegal football trade by making overrated transfers and by over selling players with illegal money making damage to both clubs and FA. Karadzic the new President of FA sent all of them into jail and he installed a new coach in the wheel of National Team, his personal friend Radomir Antic. Stojkovic escaped from jail due to connections with Karadzic and thanks to the fact that he was working far away in Japan.

Antic was several years unemployed and everybody saw with skepticism his hiring. "Another pensioner on helm", "Another friend of corrupted FA", "Karadzic helps his friends above all", "New Installation of Friends System", "Partizan leads FA of Serbia", "Why we need to hire a pensioner", "Serbia goes back, Antic took over", "The forgotten strategist in the helm of National Team, Embarrassment".

Antic had to face many protests in his first press conference as a Serbian Selector.
Boos and curses were publicly told from well known journalists. Zoran Stojadinovic publicly said to him "You are forgotten and you don't deserve to be here, you are a lost man". Antic laughed publicly, he appreciated all the comments and he started to work with smile by making deep thinking sarcastic comment like "Many Serbian coaches have won a championship title in Spain, especially with Atletico. What a modesty...", "You don't like my job, I know it. Why you don't continue to trust the people before me then?".

The responses came with a hard manner on the pitch. Friendly victories of 1-0, 2-0 were the initial but humble results of the work of "Don Radomir". He immediately selected 23-25 players as a basic core declaring publicly "I need to work with stability and precision like in a club's job. I don't need to promote players and to make experiments. National team needs very serious and careful job and the players will be the best and most experienced as possible. The door is open to everybody though, if they work hard enough". Isolated players from Serbian football system became star members of the team like Krasic, Lane Jovanovic, Danko Lazovic, Aco Lukovic and he introduced among others Bisevac and some back then exciting talents like Rasha Petrovic, Ljajic, Zoran Tosic and Dejan Lekic.

He avoided any conflict by damaging his reputation as a tough disciplinarian. The press often called him "Vatrogasac" which means "Fire Dert". The world cup qualifiers were a massive success by forcing the powerhouse France into 2nd position of the group and by qualifying directly to Africa. Krasic earned a top paid move into Juventus thanks to Antic "The coach brought me in the first line of the spotlight and thanks to him Juventus saw me. I appreciate him and I deeply thank him." Another one famous ex-anarchist from Serbian media told "Antic made me to earn a transfer to Liverpool, he is a god for me - a fantastic person" -words of Lane Jovanovic who has the sad record of 4 cruciate ligaments surgeries. "Thanks to Antic I earned the best contract in my career"-by Aca Lukovic, another one forgotten player from Mafia Serbian System.

I must say all of these because I am obliged to my conscience. I am obliged to make true what I believe as a person and as a worker. I installed in Serbia around 2009 for studying and working reasons and I lived there 4 years. Apart from the knowledge that I gained in various fields ,such as language and management learning, I faced off the core of the society by walking endlessly into the dark streets of Beograd and by chatting with unlimited people on and off work. No matter the occupation or the education, I was made off in the streets by making application of my ideas and actions. Not easy, but not impossible though. It was well deserved finally.At the age of 31 I found out that I lost my real biological parents in batrovci before war of vukovar in 89.Self declared croatian police killed them but I will never say a bad word about croatia.Instead I say ,"I am proud that Tito was croat and Croatia was a member of Yugoslavia alongside with other republics." 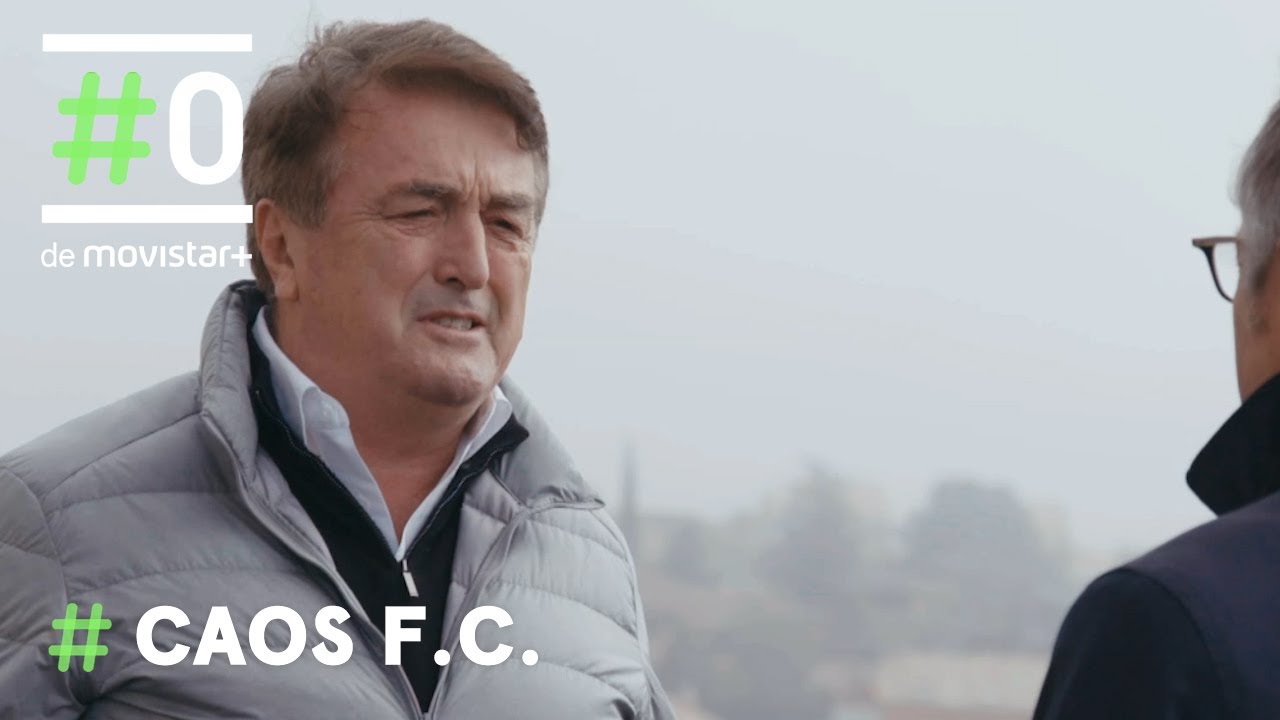 Radomir Antic had a huge and remarkable career as a football coach by not coaching never ever in his native country. He found a new coaching land in Spain and as he publicly said "I am proud and happy for what I did in my life. But when I was in Spain it was very tough for me to handle the situation. I had to study the culture, the history, the language and to get affirmed there. Everybody was wondering, what has to do a Serb here?Where is his country? Why he cannot work there? Why he cannot coach in his land " ...and he continues "I was loving always physical education, physiology, anatomy, pedagogy, psychology and nutrition and that's why I was educated enough to understand many people around, I loved to study and to work as a coach wherever I was and you dear students, try to do the same because you will enjoy this tiring trip and finally at the end of the day you will be happy". Antic told these after a lecture in Sports University of Belgrade.

His biography speaks by its own and I don't need to explain furthermore details. Simply I am obliged to my conscience to analyse and to lighten up some sides who were very bright but not so promoted. Everybody has a tense to promote the bright side of the life, but the dark face of the tired worker, of the tired constructor, of the tired worker is the one who brings the light of the sun to us. Heroes and superstars are not every Madonna and Beyonce, but the soldiers who go to the war, the unsung heroes, the people who wake up at 3 am to earn a dish of food and the unemployment youngsters who dare to try every possible occupation and and job in order to gain a better future. Because simply, life is not for everybody. Someone enjoys his Mercedes and someone else like Radomir Antic goes to China in his 68 because he still has the passion for work. 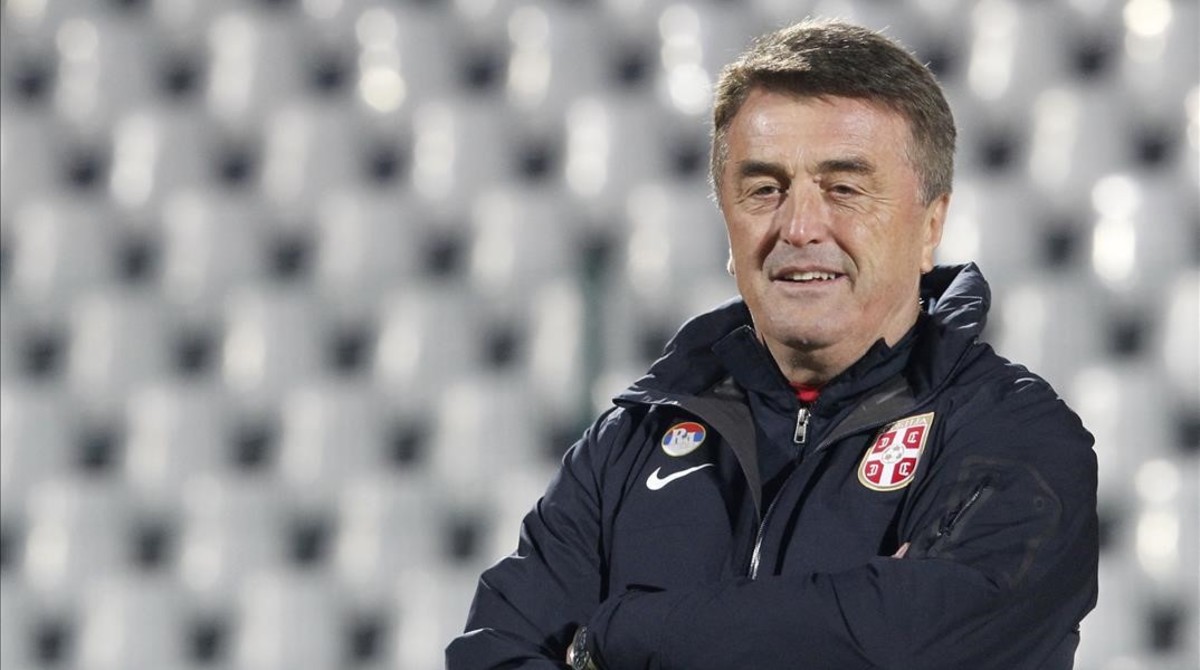 We are in 2018,Radomir still makes miracle in China ,even in second division ,even in premier league with modest clubs and famous clubs like celta vigo ,sevilla and PAOK refuse him in order to gather and hire eventually charlatans like lucescu,tudor and co.I dont blame clubs for their choices simply is a huge fiasco the coach of 5-1(Serbia vs Romania) and reason of 1-4(humiliation of benfica) to get presented like a wizard(lucescu jr)

Antic made all the teams much better and he never left a chaotic situation.

He never asked compensation a la Ranieri ,he never humiliated his players publicly...

He never spread his blame into others .Like I wrote before ,in a world that germans ,americans and russians want to dominate by using brutal force over weak and innocent people ,its impossible to find real and original people.

I dare to say ,that for all injustice and atrocities that have happen in the world ,only serbians and greeks have paid everything.Put instead of serbians the word yugoslavians .Maybe you will understand better the "offer" and the "benefits" that this world has "take" from the "superpower" In weak velez ,team is equally succesfull with starred psg ,considering the innocent and immature players that Velez has .


PS-I dont want to get obbeyed to my players ,I try making them admire me ...