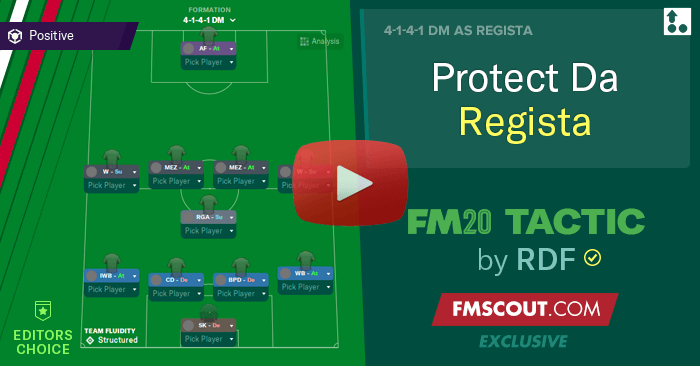 This time, RDF will create his very own tactic based around the Regista role. This tactic proved to be a success for RDF’s Sevilla side, winning the La Liga and Europa League in his first season. The 4141 shape proved to be a solid system for Sevilla.

During the La Liga season Sevilla managed to concede only 13 goals in the 38 games. During the group stages of Europa League, his side only conceded 1 goal in the 6 games, winning all 6. His team were also creative and clinical, scoring 72 only Barcelona scoring more. This meant Sevilla ended the season with the best goal difference, +59. 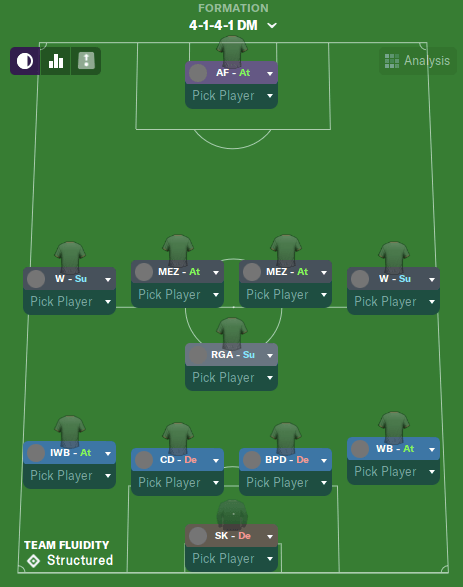 RDF plays with a more controlled mentality, with both his full backs, both central midfielders and striker on attack, this meant his side can be offensive. Both fulls do act differently. The right back is the more traditional wing back whilst his left back will be inverted. The idea behind this is so he can cover the Regista as he makes his mark further up the field.

His two wingers are asked to be wingers, drive down the byline and get crosses in. But they are on support duty, as much as they go forward, they must be able to get back as well to help the full backs. Effectively to protect the roaming midfielders.

The lone striker, will look to stretch the play by moving into channels, making it impossible for defenders to deal with. The midfield and striker will always look to the stretch the oppositions defence.

Lastly, the Regista! The diving force of the team. As the playmaker, he’s pretty much told to do what he likes. He looks to collect the ball from deeper positions to play a risky pass forward, but instead of staying in position after making the pass, he has the license to roam the field and push further up to make an impact there too.

Sevilla played with a high line and higher line of engagement. The aim was to close down the opponents as soon as possible and to squeeze the midfield making it difficult to play through.

With the urgent pressing, RDF asks his side to stay on their feet and not to make a tackle. He wants to cut the passing lanes to make interceptions. When Sevilla lose possession, they’re asked to regroup and get back in to positions as his side has 4 players roaming the field. But as soon as they gain possession, they will look counter and run into spaces.

They often make risky passes into space but during build up, they will play the ball from defence instead of kicking it long. The Regista will pick the ball up for a deep position. Short passing but quick tempo to play nice little intricate passes when they can, alongside the ability to make a more direct, risk taking pass. RDF didn’t have many long shots on goal, they tried to work the ball into box to create a better go scoring chance.

Though his team were structured, players using taking on their own responsibility, he asked his create players to be more expressive. With Sevilla being ranked low with dribbling, the shows he like his side to choose the pass over dribble.

His side ended with: 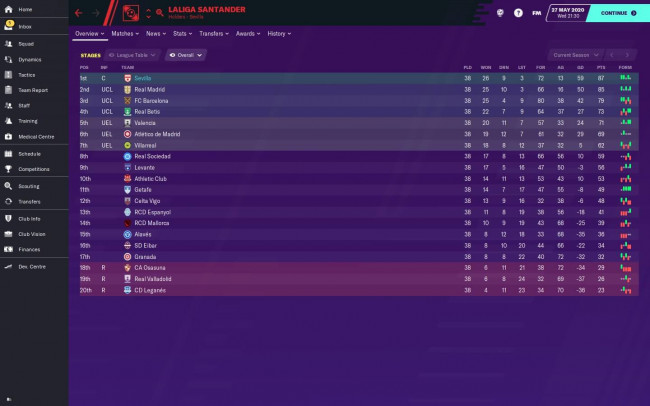 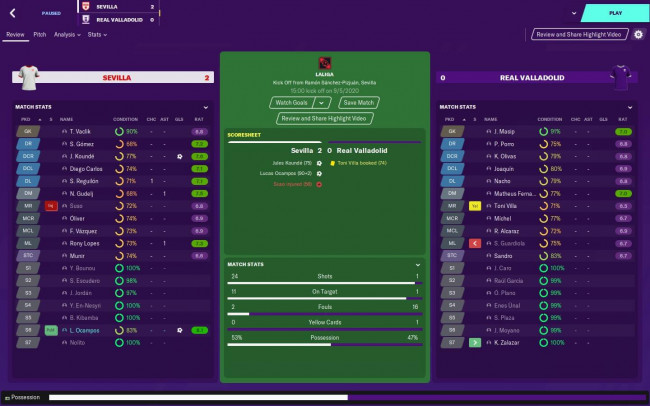 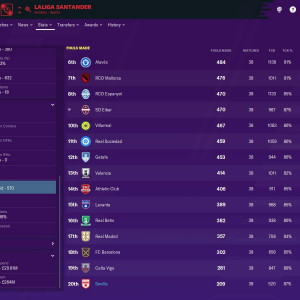 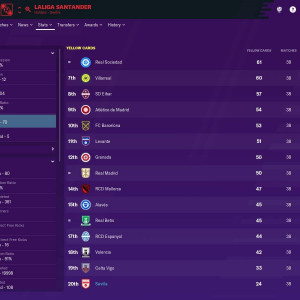