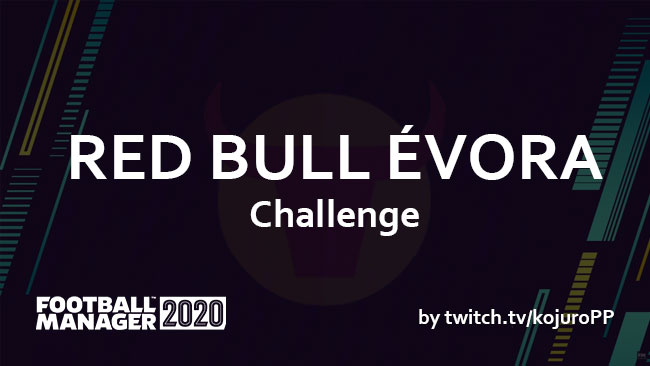 Salzburg, Leipzig, New York and now, Évora is a city chosen by Red Bull for its new franchising.


In this mod you can command the new Red Bull team by the Portuguese championship from birth, starting without any player, coach, scout or doctor only 10M for transfers and to try to do the best in a short time in the three teams of the club, value much smaller than for example Leipzig or New York began.

Why Évora?
Evora because there are no professional clubs in Alentejo despite being the largest region in the country. Red Bull is well-known for its focus and development and in Évora it will be no different with two teams from the younger, under-19 and under-23 levels and with excellent conditions for youngsters.

The Red Bull will thus start in the National Championship Series D Prio and will also participate in the Revelation League replacing the Cova da Piedade.

As for finances, the Red Bulls are in a comfortable position due to sponsorship, with 10M available for transfers.