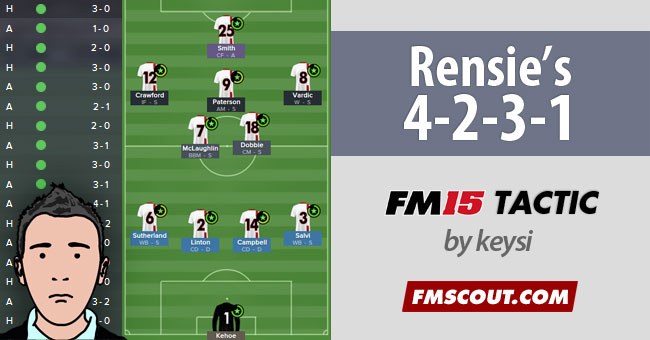 I really love 4-4-2 formation. Probably from the first day I started to learn something about football. But. In FM15 I play for Spartans FC and I decided to change formation after a couple of seasons to 4-2-3-1.

Team shape is „Structured“ and mentality is „Standard“. We can probably play with „Fluid“ team shape but I wanted players controll the game and follow the instructions with less creative freedom. 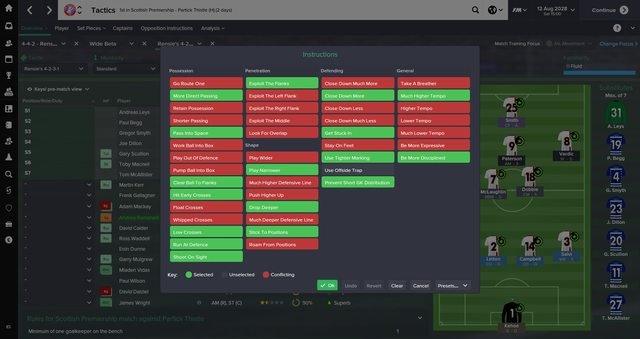 The Wingers are very important for this style of play. If we look at Assist Locations we could see that 44 assist came from left wing and 20 from right wing. Thanks to this we managed to score many goals from six yard box. That includes and passes to far post.

Our typical attacking movement is one-two pass at the half line, pass to the space on the wing where is midfielder or wing back, low cross before goal and finish. Very important player for this type of movement is Attacking Midfielder who gives support for central midfielder, wing backs and provides passes to the wings. The most common goal type is placed shot. 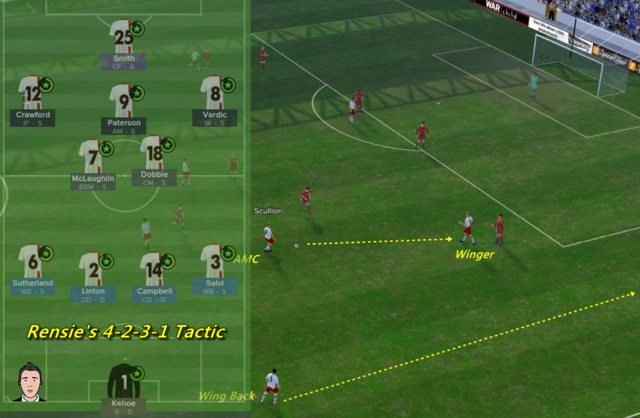 I have been playing with this formation for six season with Spartans FC. We went from Scottish fifth tier to the Championship thanks to a 4-4-2 formation. In last season with this 4-2-3-1 formation we managed to win Premier League title for the fifth times in a row. We won twice UEFA Europa League, League Cup four times in five years and FA Cup five times in a row. 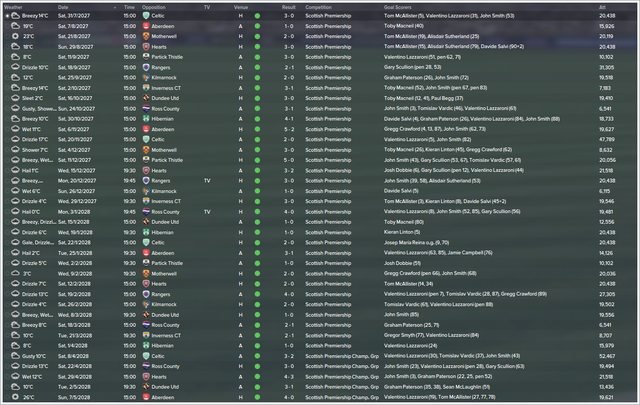