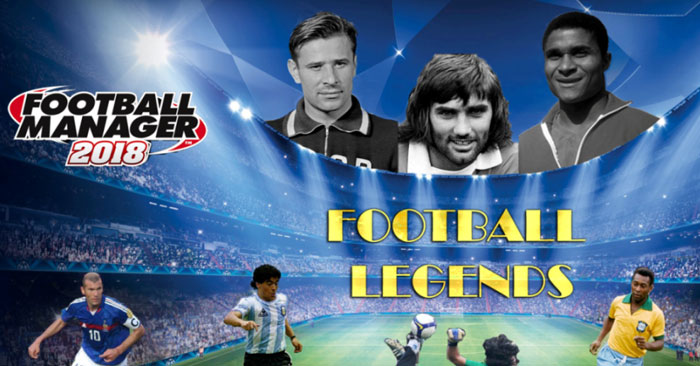 Here we go again! This year with another expanded version that will include even more legendary clubs and players. With this update you will have an opportunity to play and manage 3500 legends spread all over the world in their respective teams.

All of the major and many minor leagues are filled with clubs which possess their all-time greats and are under the guidance of some the managers , coaches and chairmans who ever graced the game.

Winning anything in this update is a success, as many clubs and national teams have some of the best talent that ever appeared in history of football. Italian, English, German, Spanish and French clubs are strongest competitors. And not just the major ones. There are teams from Holland, Belgium, Scotland, Russia, Ukraine, Austria, former Yugoslavia, Romania, Bulgaria, Hungary or from Portugal who have good chances of winning the Champions League as much as the teams who are coming from the stronger leagues. This is like a Football Manager hard mode!

2. Added missing managers and chairmans to all clubs with at least few legends, and also added some famous assistant managers, coaches and other staff. (Berlusconi at Milan, Cragnotti at Lazio, Santiago Bernabeu at Real, Joan Gamper at Barca, Bernard Tapie at Marseille...)

3. The values and wages of the players have been corrected to a more reasonable level. Maximum wage in top 5 leagues are 120k p/w, and max. value are 70 mil. euros.

4. The participants of european cups have been changed so in the first season there would play clubs that deserve it by tradition and successes through history.

The man behind the whole project is David Salapura from Serbia. Shortlist with all legends

When creating a new save-game, you have to be patient because the process of loading game database takes about 2 hours. The problem is due to the conversion of the database from the previous series and a lot of data, which is not possible to fix it.

Discussion: Return Of The Legends for FM18