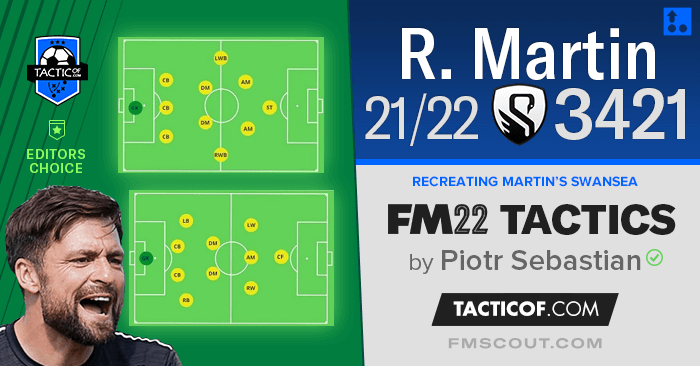 Russell Martin‘s Swansea have returned to a 3-4-2-1 formation based on fluid rotations and positional play.

The ball possession that is the base of Martin’s system determines the shape of the team in attack, but at the same time changes depending on the area of the pitch where the game is played.

In possession the team sets up a 3-2-2-3 formation with three central defenders playing in a line, two pivots and two offensive midfielders operating in the half-spaces.

During the build-up phase, Swansea try to build their position from deep through the double pivots.

In this system the offensive midfielders have to go deeper and look for the ball. The premise of their positional play is for Swansea to create overloads in the center and then create free spaces for the forwards through position rotations, fast passes and constant creation of triangles (both with and without the ball).

In the final phase of the action the ball is played quickly along the sidelines and the space is exploited.

In defence they usually line up 4-3-2-1 with the task of high pressing for the offensive three.

In the first phase of defence one wing-back lines up at the back with the defenders, while the second one goes into the midfield line.

When the opponent brings the ball into their half the wing-backs move back to form a five- or even six-man defensive line and the two central midfielders press to close the space in front of the box. 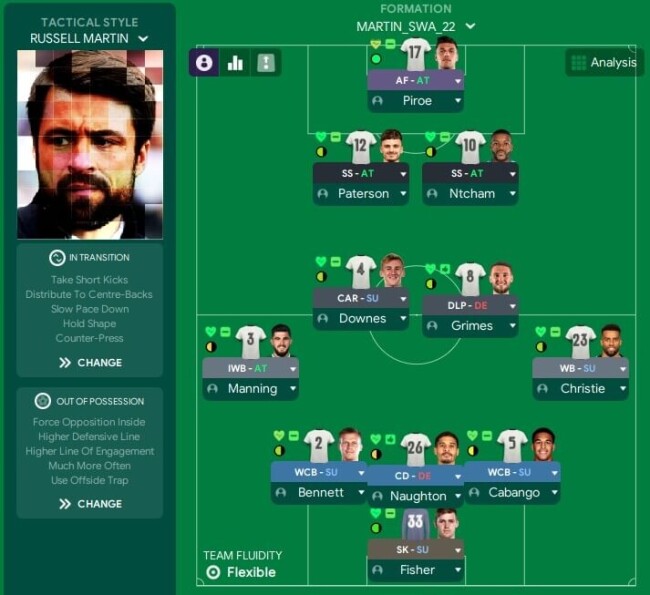 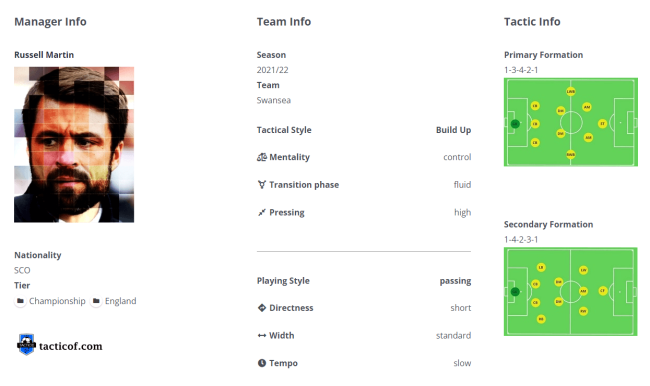