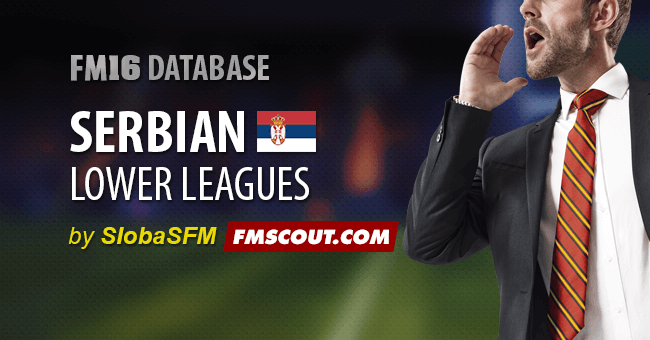 This year I will work more on the real structure of Serbian football pyramid, but the serious work will start in January.

Until then, I'll try to maintain a usable database at an acceptable level, covered with all kinds of data.
In addition to the leagues activated, I'll release mini-patches to fix various things and always include all the latest information available.

Other:
I've done some other things when it comes to this introductory version of the "Serbian lower leagues" but nothing excessive and they are mainly related to adding information about the clubs that are in Serbian zonal and district leagues.

Please support my work on my new official facebook page for FM add-ons.
Add-ons by Sloba