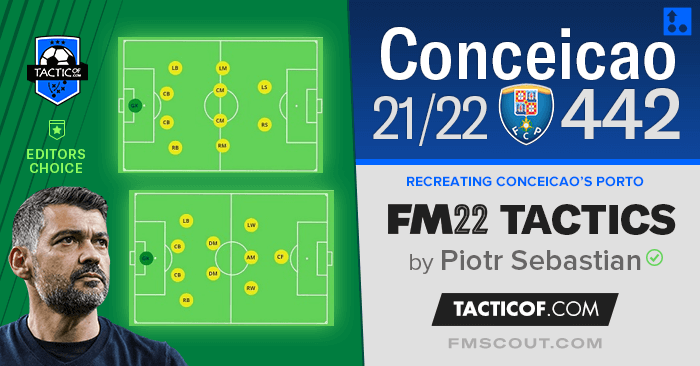 Porto under Sergio Conceicao uses two formations that change depending on the situation in the match. In case of high pressure from the rivals Conceicao sets his team 4-4-2 and plays more directly using the target striker (Taremi).

In the face of more defensive opponents Porto sets up 4-2-3-1 and plays actions from the back with active participation of side defenders.

When playing the ball from the deep Porto use two central midfielders (Vitinha, Uribe) who rarely leave this area of the pitch.

Despite the heavy emphasis on playing the ball in the centre a frequent pattern of their play is to play directly in search of the wingers to force through the first line of pressure of the rivals and to look for space in the wide zones.

The main idea is to play using the wide sectors where the two full-backs come up higher, but also the strikers look for space on the flanks.

It is only in the next phase of the build-up that the strikers position themselves narrowly and their partners look for space to take a shot or a cross with one of the two forwards (Taremi, Evanilson) almost always present in the penalty area while the second forward comes down from outside.

In defense Porto are distinguished by excellent zonal pressing and solid organised defense. They use team pressing starting with the forwards who run a lot and try to put pressure on the opposing defenders while positioning the players higher up in the second line.

The counter-pressing is short-lived and when they don’t get the ball back immediately the team quickly regroup, creating density in the center. This does not change the fact that in most cases the players are primarily looking to get back into a defensive shape, less concerned with winning the ball back quickly. 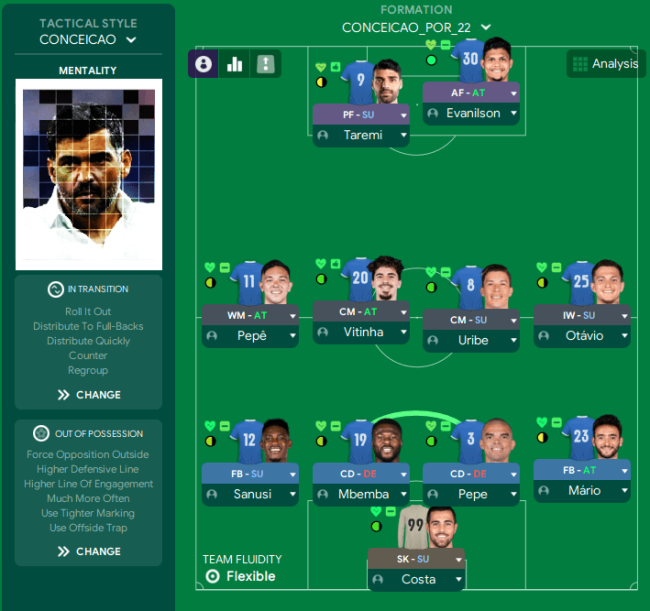 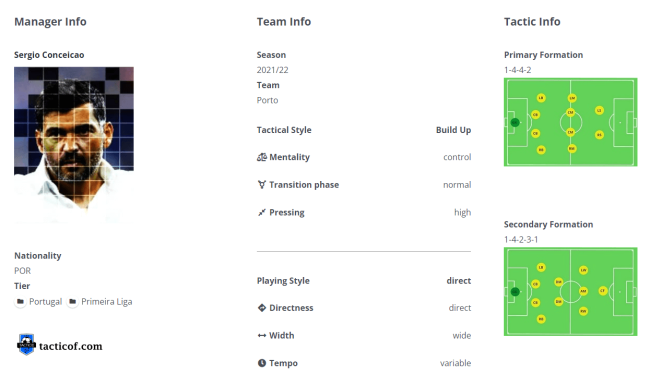