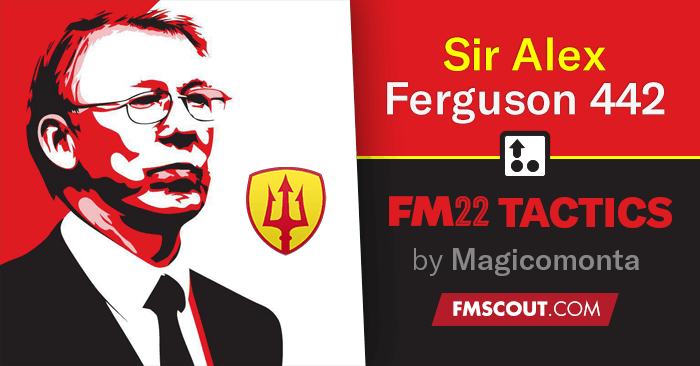 Today Magicomonta presents to you a couple of tactics joined together as we are talking about the Sir Alex Ferguson style. The tactics of the 2 most successful Manchester Utd under his management, namely that of 1999 and 2007. 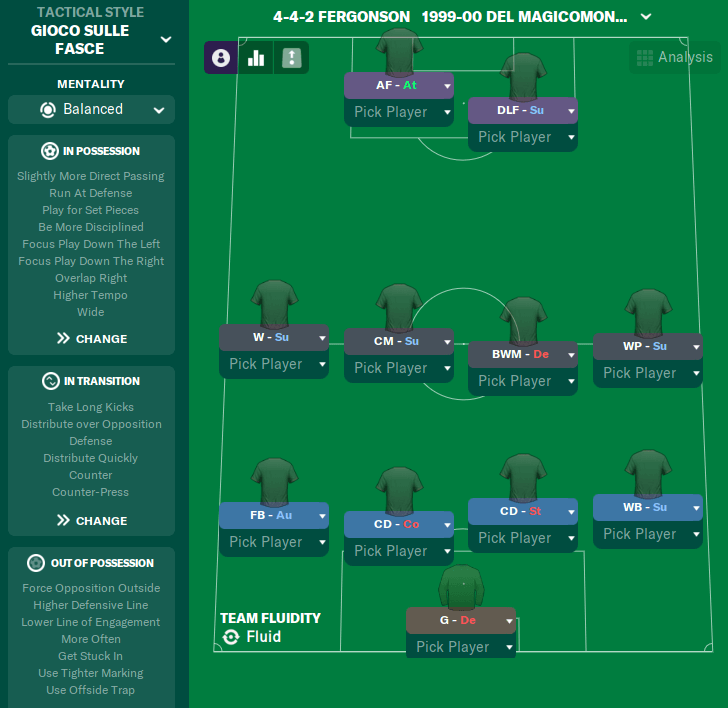 POSSESSION
The construction of the maneuver was based on the long throw of the goalkeeper Schmeichel towards the strikers who in turn sorted on the flanks where Giggs on one side and #neville on the other pushed all the way to the baseline for the cross while Beckham squeezed in the middle of the field to act as a director and feed the companions with millimeter throws. The other deadly weapon were the insertions on the trocar of Scholes.

NOT POSSESSION
In the non-possession phase, the team tried to recover the ball immediately but if they missed the first pressing they immediately fell back into their own half. Roy Keane was a dike and lowered between defense and midfield while Stam was very good at breaking the line and attacking the attackers on the advance with coverage from Johnsen. One of the 2 forwards lowers on the 3/4. 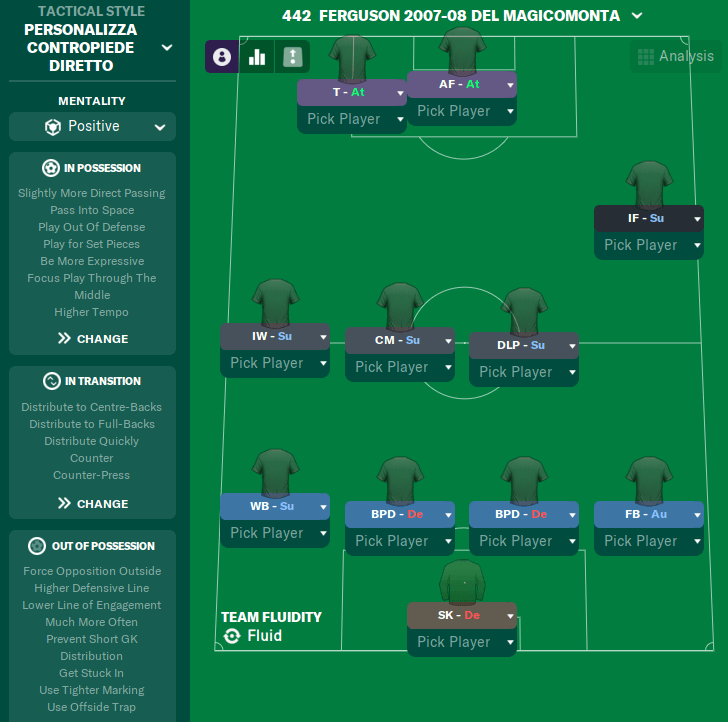 POSSESSION
Sir Alex Ferguson's idea is to quickly move from his own half to the opponent's area in the shortest possible time, but at the same time not accept the opposing pressure anyway. The team in possession relies on Carrick who will carry on the ball and then quickly mix it with the 5 men who at the same time attack the opposing defense with Giggs wide on the left, Rooney who, starting from the central area but further back, will attack the center of the penalty area together with Tevez, the most advanced of all and Cristiano Ronaldo who from the right will attack the penalty area, while the midfielder who will enter is Scholes. The two full-backs line up with the playmaker and will have more freedom to advance in the opponent's half.

NOT POSSESSION
In the non-possession phase, the team sides with 4411 with Rooney lowering himself to the trocar after the first pressing line is skipped (where he will support Tevez in the high pressing).

FM22 RESULTS
- PREMIER CHAMPION WITH 97 POINTS, 126 GOALS AND ONLY 30 SUBMITTED
- WINNER OF THE FA CUP
- WINNER OF THE LEAGUE COPPADI
- ELIMINATED IN THE SEMIFINAL OF CHAMPIONS LEAGUE BY REAL MADRID