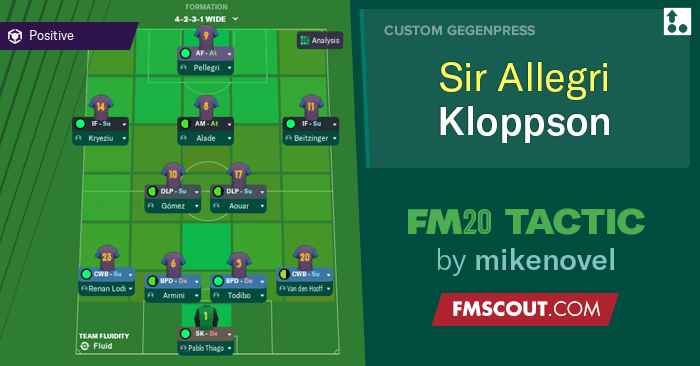 Assistant manager: both tactical brief and give opposition instruction. Take someone with high Tactical knowledge and tactics. 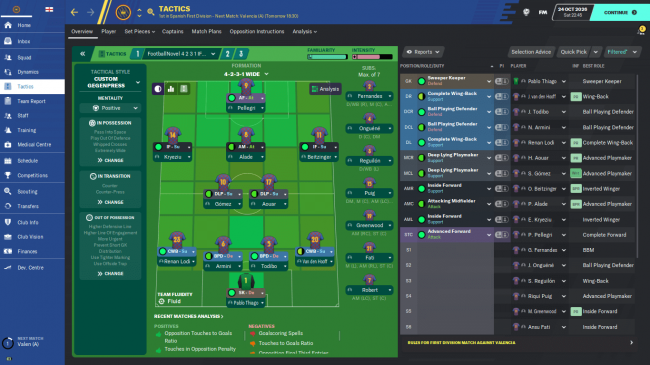 GK: I prefer a Sweeper Keeper on defend, I prefer first to be good in goal than with the feet. 1v1, reflex, position, agility, anticipation and composure are important in my opinion. (something like Alisson)

Right and Left back: Both Complete WB on support. I suggest players that are week, and good technical skills, but they still have to defend, so fast speed, acceleration, and good stamina, positioning, marking, concentration, anticipation and potentially decent dribbling and crosses/passes. (eg. Renan Lodi, Alexander Arnold).

CB: Both Ball Playing Defenders on defend - I prefer them tall, with good strenght, jump, speed, acceleration, and then of course, positioning, marking, tackling, heading, concentrate, anticipation are the most important factors, if he can pass the ball and has a good touch, or even better dribbling... why not? (eg: VVD, De Ligt, Todibo).

Central Midfielders: both DLP on support - I prefer to have very good passing, vision, first touch, work rate, position, teamwork, balance, composure, stamina and anticipation. Anything else such as dribbling or speed, height, is a bonus. (eg: you can have one more like Neves/Rice and one more like Pogba/Goretzka).

Attacking Midfielder: AM on attack I prefer it, or AP on attack, depending from the players available - if you have a player with very good finishing, I suggest AM otherwise even AP on attack works, especially away from home. Best attributes acceleration, agility, passing, flair, off the ball, anticipation, vision, decision, first touch, dribbling, technique, finalization and potentially stamina and all the mental attributes that can help. (eg: J. Felix, Havertz, Dele Alli, but also Aouar type of players).

IF both on Support: they have to be quick and with great flair, dribbling and finishing. (Eg. the best would be Mbappe, Sterling, Neymar, Ronaldo, Messi, but also work with players like Bernardo Silva, Ansu Fati, Dembele), This tactic works also well with two IW on support.

Striker: Advance forward, or in alternative Poacher or Complete Striker: the main striker has to be very fast and agile, great finishing and good off the ball with great composure. If also has good strength, heading, passing, work rating, jump, balance ect, even better! (eg: Pellegri, Icardi type of players, but also works well with the Lautaro Martinez, Esposito, Kean) 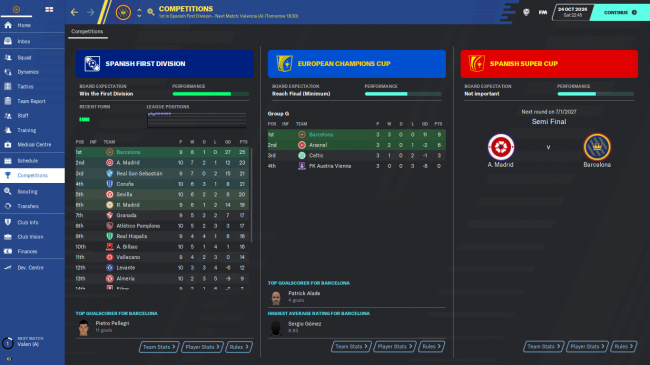 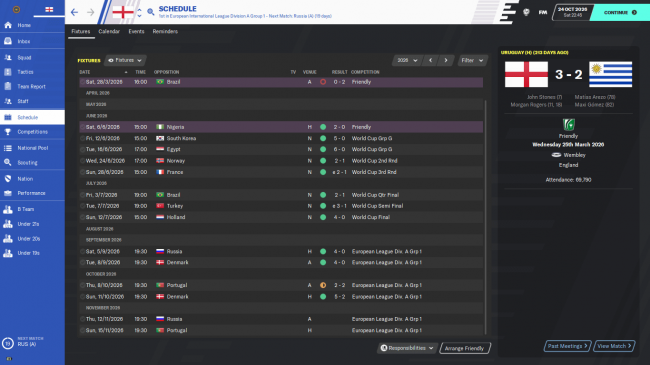 In general I suggest to avoid players with big match fear, or players with low determination or work rate. Pace is very important, same as positioning and to try to find the perfect personnel to fit within the roles I mention, and surely you will have great results!!! 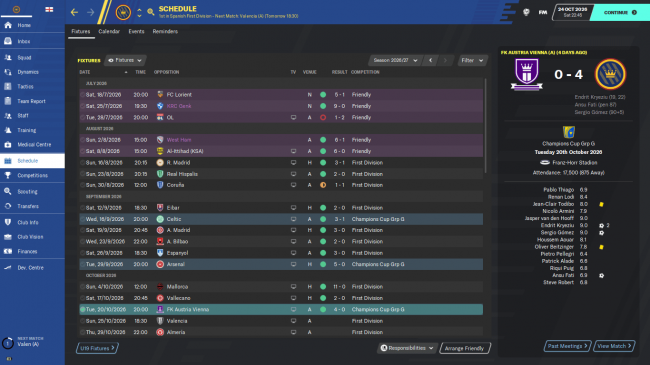 I also tried randomly with some other teams on a spinoff (Burnley, Verona, ect.. and I always had great results)I have also two different versions, which are one on Attack and another on Counter that are very successful as well.Including with the national team