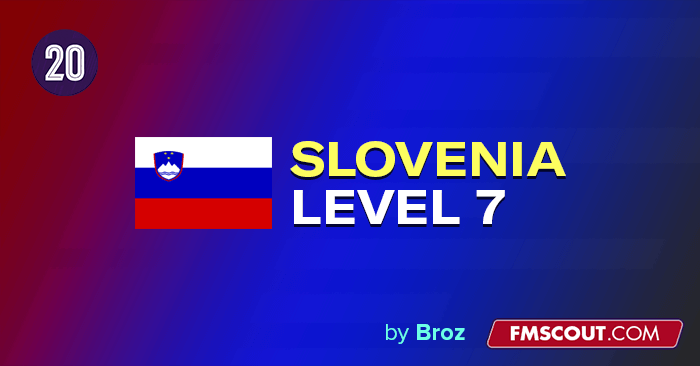 ANY OTHER (data&league/cups) ADD ON THAT REQUIRES SLOVENIAN ORIGINAL LEAGUES WILL NOT WORK.
Original Slovenian leagues are extinct in this database. 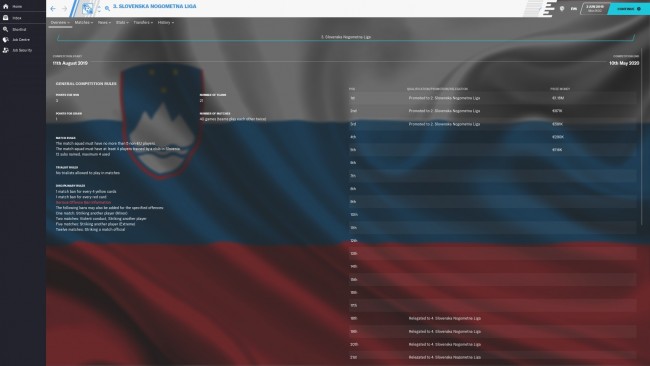 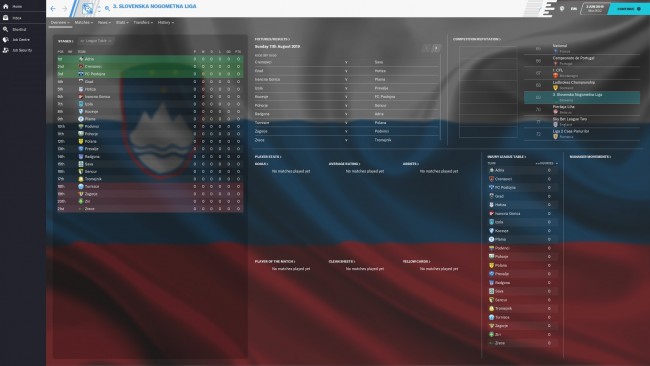 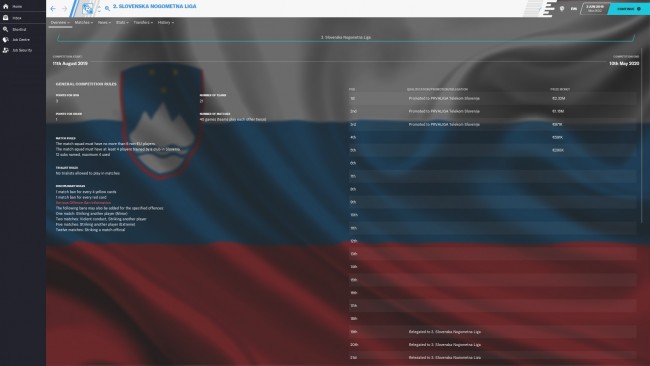 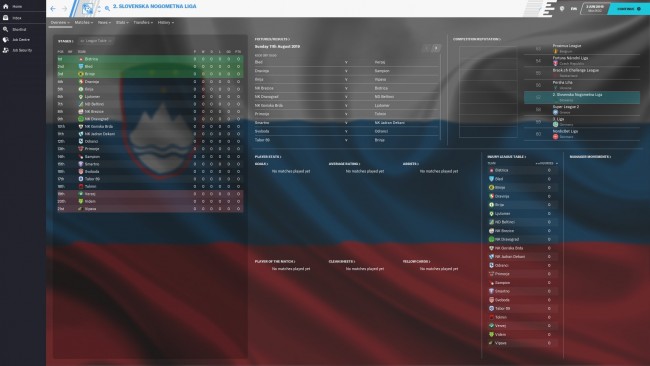 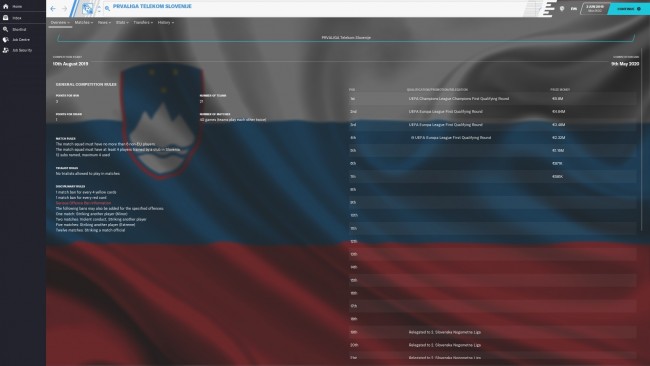 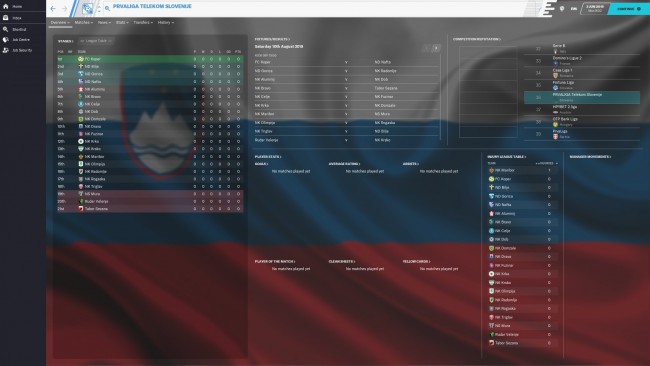 Rest of the screenshots you can check under the steam workshop link.

My other workshop item you can find here:
Spain 20 Divisions 8 cups (prizes rules)

5 International Cups (made by ErikEagles)

International cups that are named above are already included in this database so if you have subscribed to them earlier be sure tu untick them before starting a new game otherwise it will not allow you to select Slovenia as a nation.


I changed Slovenian leagues completely.
All competitions have rules prizes relegations and promotions

Prizes are a bit better but they are not huge prizes max 5 or 6 millions.

ALL RULES ABOUT LEAGUE AND CUPS ARE ABOVE IN PICTURES.

B and C teams are not allowed to be promoted from 2 Slovenska Nogometna Liga.

Teams are selected by reputation so some teams that were in 2 league are now in 1 or 3 or even 4 it all depends on their reputation.

I added a lot of cups I see it as a opportunity for reserve and youth players to develop.


I changed also how many subs are allowed in league competition because there are a lot of cups + continental competitions + international games so its easy for players to get tired and injured but its not a big difference from a normal ones.


Transfer market is normal but its possible to loan domestic player in September and February.


Before starting a game I advise you to tick in advanced options:
-Add players to playable teams
-Do not use real fixtures

If you have any questions or would like to change some stuff let me know.
If you like it please rate it on steam workshop, it means a lot.