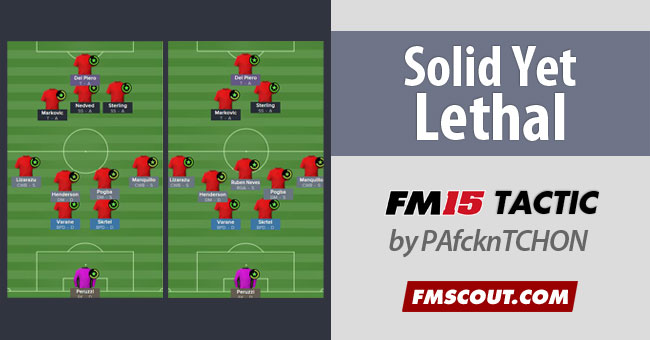 This tactic is a mashup of many tactics I tried out along my FM15 playing time. In it I found the balanced formation to play narrow and wide, to defend well and score a lot of goals and not having to sacrifice great players just because his position doesn't fit my tactic. It's very fluid but can also be used to park a bus without losing its key tactical instructions. 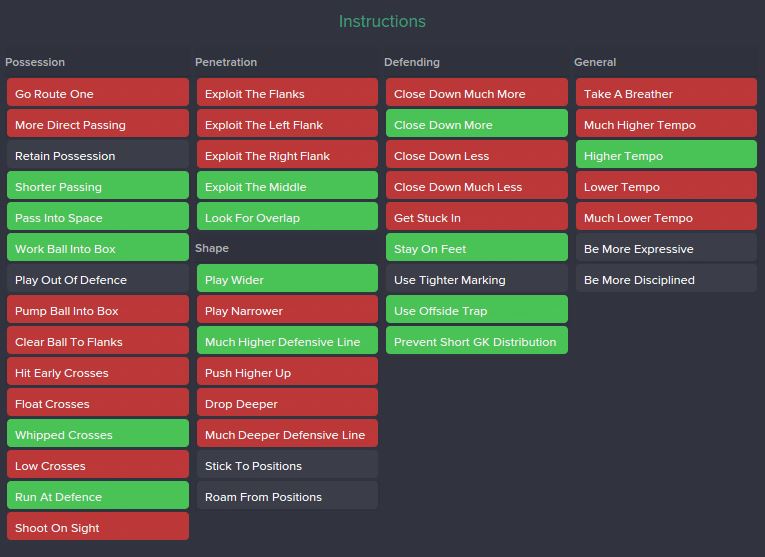 Key players in this formation are the three attacking midfielders. They're usually the ones to first receive the ball after my team gets it back and they must be able to get it up front fast and precise. First Touch, Technique and Pace are key here. Long shots help too, I score a lot from outside the box.

Playing away from home against such teams like Chelsea or Utd, I take an attacking midfielder and put him in the middle, next to the holding midfielders. This will ensure the opposition doesn't have any space to play the ball around my area. If they try to, my holding midfielders will tackle them and play it long to the forwards who will usually take advantage with their pace and technique.

Playing away, I drop them deeper and make them stick to their positions playing a more direct style. I have also put an extra central defender around 80 minutes on tough games where I'm winning and I really wanna keep that advantage. 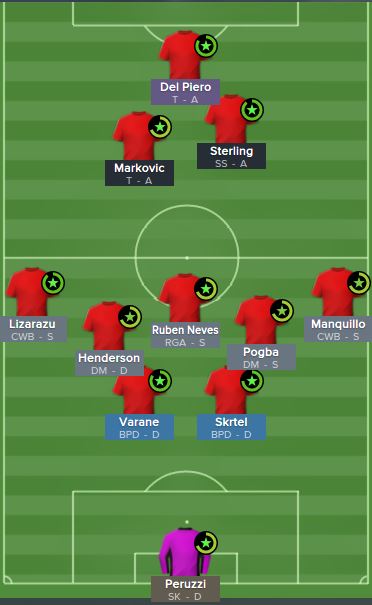 Here is my season: 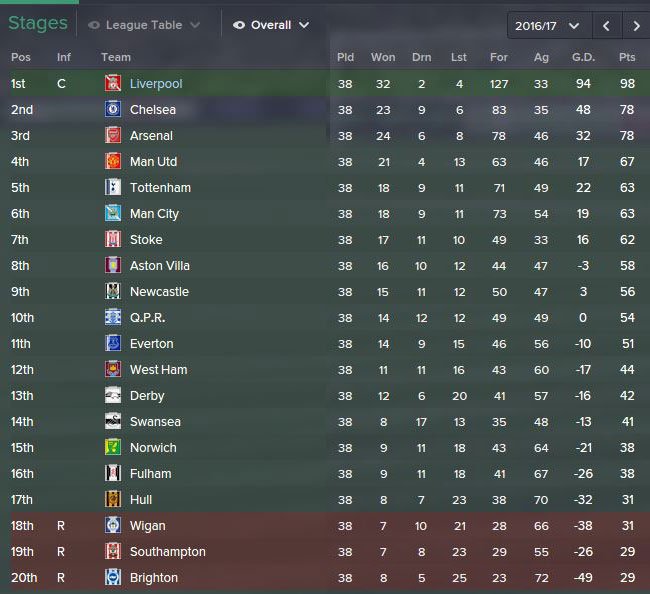 Its the most reliable system I found so far, you need some key elements in it to make it work, a lot of tactic and team cohesion training, but once the team gets it rolling, there's no stopping it.