AC Milan are a powerhouse of both European and Italian football, winning the league and champions league 18 and 7 times respectively. However, within the last decade, Milan have fallen well below the standards of the past not winning a trophy since the 2010-11 season. During that time Milan have fallen down the league and now often finds themselves playing for Europa League qualification.

After a terrible start to the 2019/20 season, Marco Giampaolo was removed from his position as Milan manager. The Rossoneri picked up just nine points from their first seven games leaving them in 13th place, 10 points behind league leaders and eventual champions Juventus. The Milan leadership made the decision to replace Giampaolo with Stefano Pioli as manager.

Pioli’s original contract was temporary, allowing the club to appoint Ralf Rangnick for the following season. However, Pioli was given a two-year contract after leading Milan to a 10-game unbeaten run which included wins over league leaders Juventus and title challengers Lazio.

Unlike Giampaolo, Pioli settled on a formation and a preferred starting lineup with his favoured team shown below. The lineup is a hybrid between a 4-2-3-1 and a 4-3-3. Bennacer plays as a deeper playmaker acting as the left side of a double pivot at times, with Kessie playing on the right side of the pivot. Çalhanoğlu usually plays like a traditional ‘number 10’, supporting the attack, with the work-rate to step out to press at times in defence. Build up and Attack

When playing out from the back Milan are versatile. They are able to go direct because of Zlatan Ibrahimović’s aerial prowess whilst still having players with enough individual quality on the ball such as Alessio Romagnoli and Ismaël Bennacer. to play out of defence. When playing out from the back, Milan create space on the right side through Bennacer coming deep to collect the ball. This invites opposition pressure towards the centre, allowing Kessié to shift wide creating the passing option alongside the right-back Conti.

Milan’s offensive structure is all part of a well thought out method and game plan, with each stage of their attacking play leading to the next in a continous and purposeful style. The primary attacking game plan is to overload the right side, then using short fast combinations to advance the ball quickly to the left side.In attack, Milan place great emphasis on Hernandez exploiting his pace to overload defences. He has the ability to cross if he overlaps, or pass and shoot if he underlaps. His dynamism is a tool that Pioli has employed to great effect by allowing him the freedom to roam.

With out the ball

Milan mainly defend in a 4-2-3-1 shape, with it transitioning to a 4-3-2-1 when defending on the wings, with the near side winger dropping deeper, in line with the midfield. Milan prefer to press but they are limited with Zlatan in the team the 38-year-old Ibrahimović doesn't have the energy to maintain intense pressing for 90 minutes anymore.

Despite this, they still engage relatively high while pushing their midfield forward to support efforts in an attempt to control territory. The rest of the team therefore needs to cover for Zlatan, they attempt to force their opponents wide by congestion the centre of the pitch before pressing intensely. This leaves space between the lines as Kessie and Bennacer need to push higher to support the press. Milan’s centre backs and fullbacks often aggressively press the player who receives the ball in between the line in an attempt to force possession backwards or regain possession through either a misplaced pass due to the pressure or a tackle. This can lead to space arising in behind if the defenders lose their initial duels, but it is still the best way to cover for the gap in between the defence and midfield rather than allowing the opponent to gain territory unperturbed. 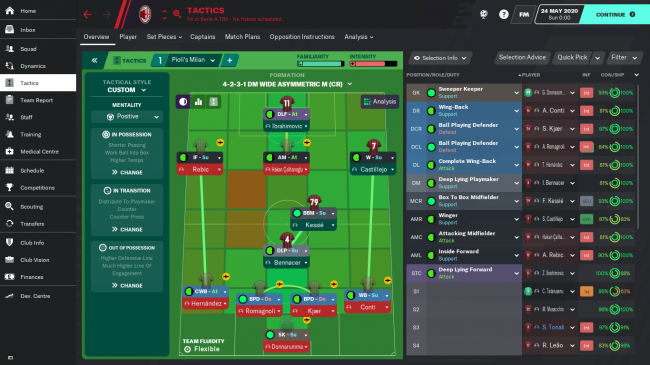 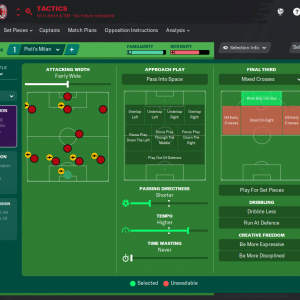 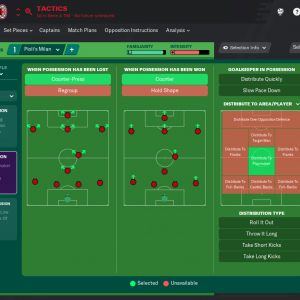 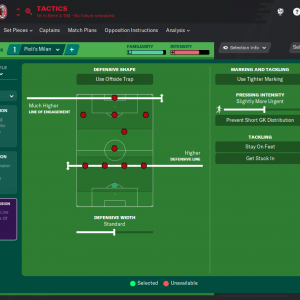 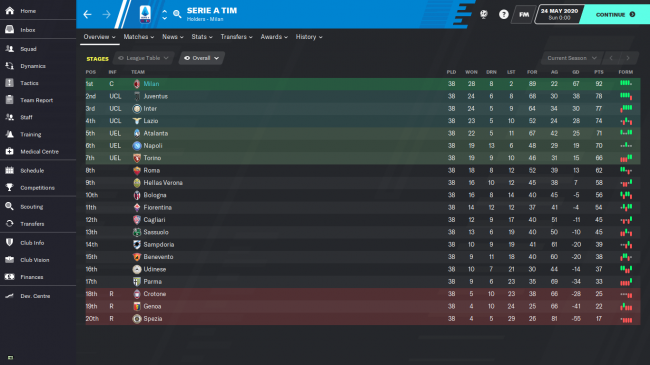 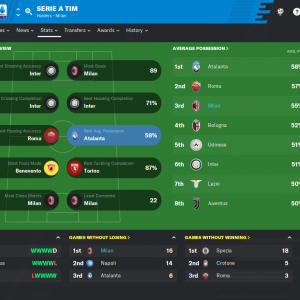 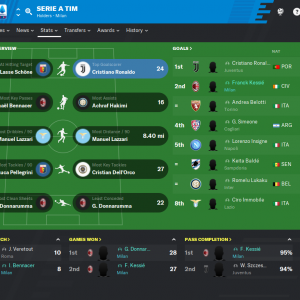 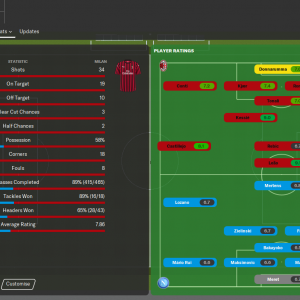 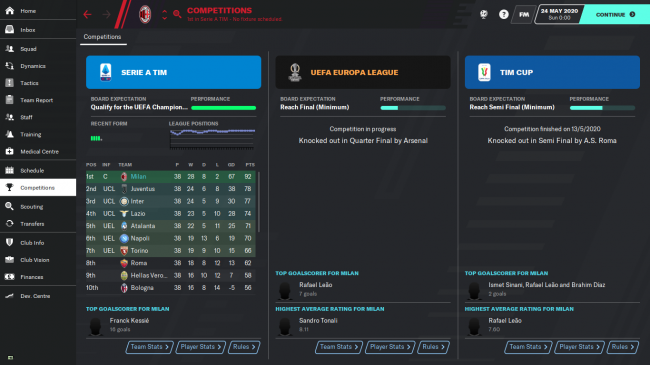