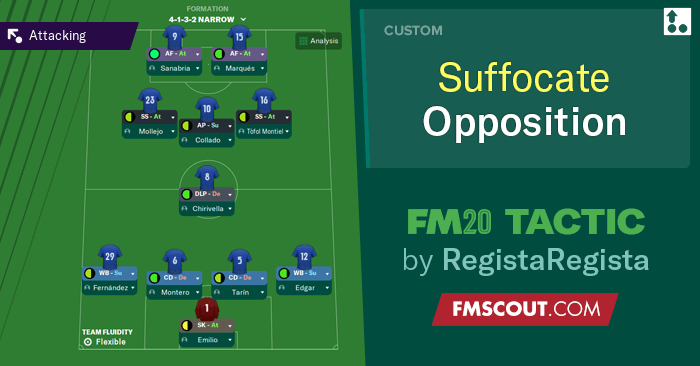 This tactic has been designed to relentlessly pressurise your opponent. By using two strikers and three attacking midfield players then instructing them to press high up the pitch you will be able to win the ball back quickly after attacks break down. Which is turn will allow you to dominate possession enabling you to control the match.

When the ball is won back your team will look to adopt a short passing play and attempt to work the ball into the box. The volume of chances you will create during the match will be high due to the fact that you not only have two advanced forwards in your team, you also have two shadow strikers either side all supported by a preferably creative attacking midfielder in the middle able to set them up. A further attacking threat is also offered by both wing backs, set to support, as you do not want your central defenders to be too isolated in defence, they still offer a threat due to the fact they will stay wide and get into positions to cross the ball.

Players are instructed to put low crosses into the box to encourage cut backs to the central attacking midfielders when the box is overloaded. Feel free to change this to suit the team you're managing. Say you have Strikers/Midfielders that are tall and have good heading attributes for instance, you may want to encourage floated crosses.

It is important that your DLP holds his position in front of your Centre Backs as if he goes too far forwards you may end up exposed. It is vital that he has high defensive stats.

I used the tactic during my Deportivo de la Coruna save and so far it has been a great success. With promotion in the first season and a high 7th place finish in the second when projected to finish 19th due to the squad being distinctly average. This tactic will allow you to overachieve regardless of who you are managing. Good luck! 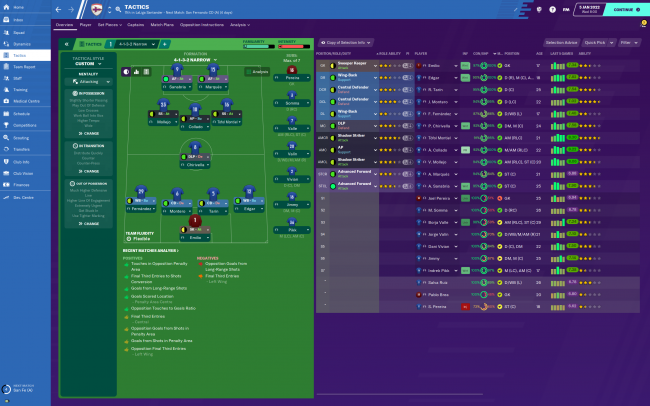 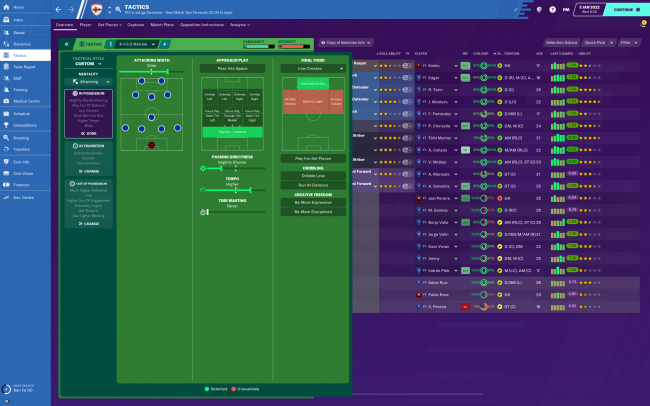 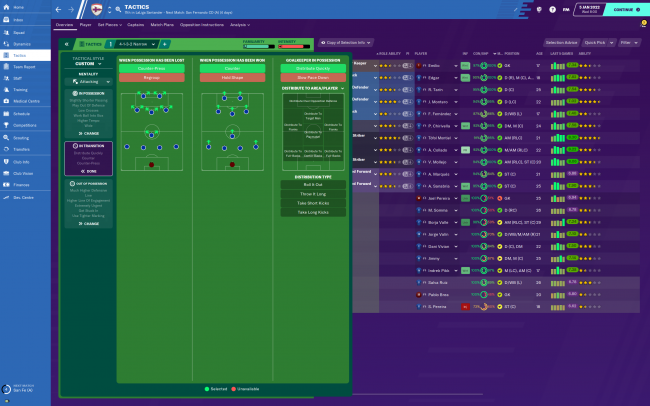 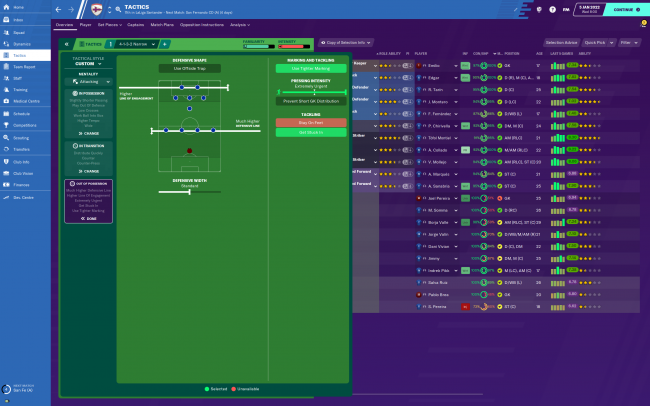