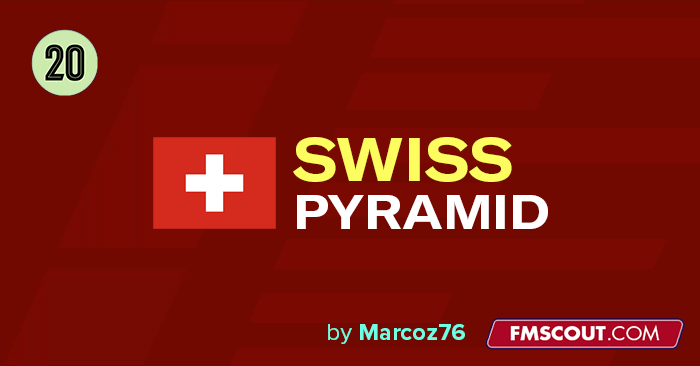 This extension allows you to choose between 800+ Swiss teams competing in 7 tiers: 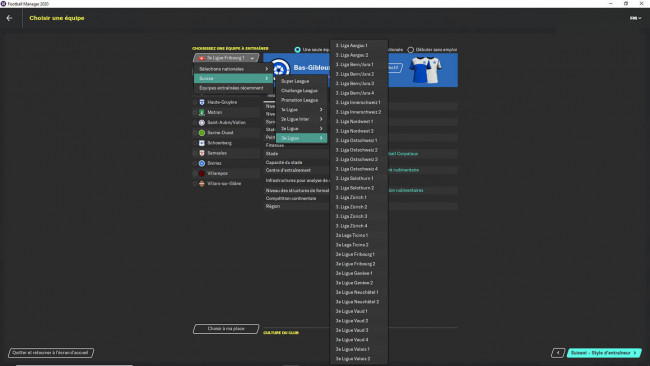 All the 13 regional associations are featured (Aargau, Nordwestschweiz, Innerschweiz, Ostschweiz, Zurich, Bern/Jura, Solothurn, Ticino, Vaud, Fribourg, Neuchâtel, Genève, Valais). The regional boundaries work pretty well even after several seasons. It can happen that a team is oddly relocated after promotions/relegations, but it remains exceptional.

I already made this structure for FM2017, but this year I found enough time to do a complete overhaul of the concept. Main improvement: every single team now has a reserve U21 team competing in a parallel 3-tier reserve structure (one of them being divided into regional championships). I kicked all the second, third (or even fourth...) teams from the regular championships and replaced them with first teams from lower divisions.

To spice things up, I added a bunch of regional cups, some of them I invented. The Swiss Cup and the Liechtensteiner Cup (with qualification for the Europa League) are also included.

The main focus of this file is on the lower leagues: choose a team from the 3. Liga somewhere in the swiss countryside and climb the ladder to national fame!

P.S. Be sure to check the "add players to playable teams" box before starting a game.