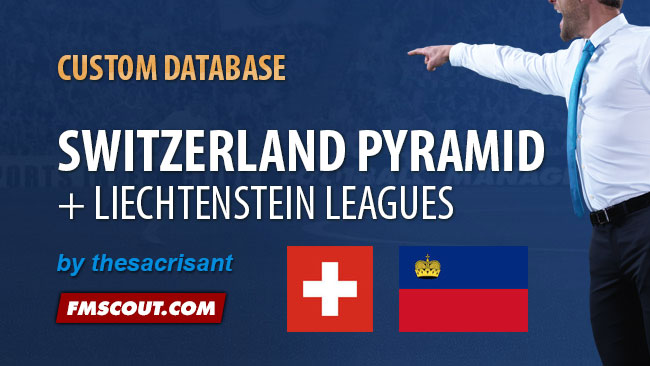 tiers 1 to 3 (with promotion and relegation)

tiers 1 to 3 (with promotion and relegation)

Swiss youth supercup : supercup between the winners of the reserves and U19 league.

I have not completed the Swiss Football pyramid, so I just have uploaded only what I have for now.
For unknown reasons I could not add nation rules for Liechtenstein. The Liechtenstein teams play in both the Swiss and Liechtenstein leagues and cups.
For now, only Vaduz does (LOL) they have to play a lot of matches every season

Put the game here and load it if you want to play it.