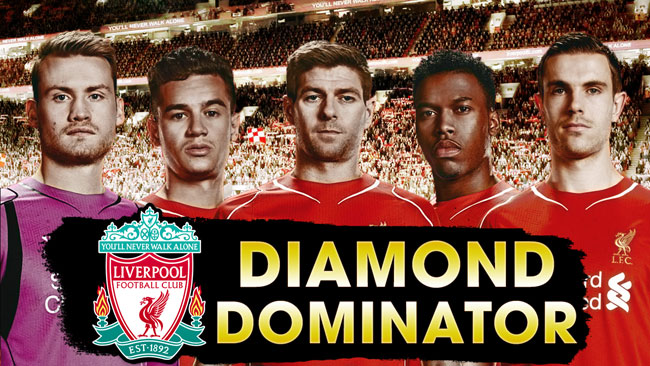 This diamond formation is the most dominant tactic I've created in quite some time. Hence the name. It's a tactic that has been heavily requested due to the success I've achieved in my Liverpool playthrough series. 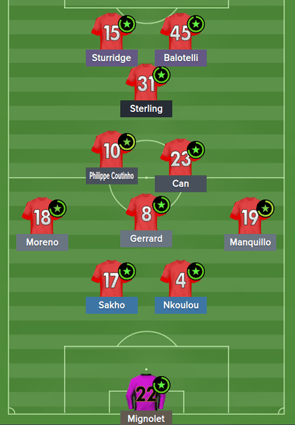 It produces some truly beautiful football and is exceptionally solid defensively. You'll see from the results posted below that, with the right players, it's possible to outscore the opposition by a sizeable margin and also have the best defensive record in the league. 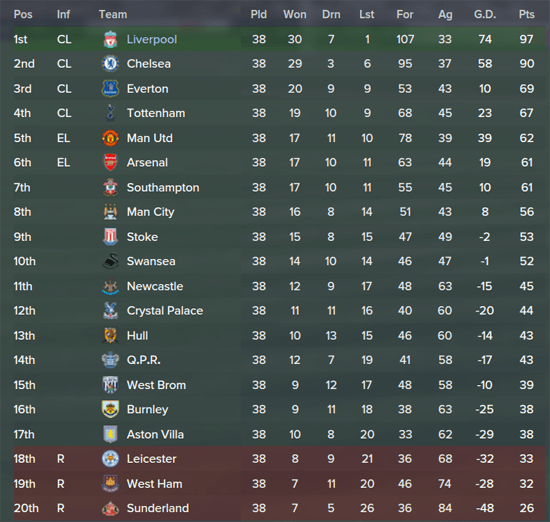 Some key things to remember

You need to have good CB's. Not great CB's but it's no good if this is a weakness of your team. They can be left exposed at times and they don't have a great deal of cover.

The defensive midfielder starts of a lot of moves. It's helpful if he's solid defensively but the real important is his creativity. He's set as a deep-lying playmaker. Think Gerrard or Alonso rather than a midfield destroyer.

The wingbacks are less important than you'd first assume. Yes they provide width and setup a few goals but the majority of the assist come from the strikers or AMC.

The AMC (shadow striker) is hugely important for this tactic to work. This player will burst between the two strikers or fill the gap one striker has vacated by drifting wide. If you've selected the right player you should see a fantastic number of goals and assists from this role. It's worth noting Raheem Sterling won the player of the year in the first season of the game in this role.

The two strikers are set as trequartista's -- think of this as an all-round role. The players need to be flexible, able to cross and generally be quite creative. They are instructed to split out wide at times and it's not going to work if they are limited poacher types.


Overall your front 3 need to be good or you aren't going to get the below results. They should be the best players you've got as this tactic really frees them up to go and hurt the opposition. If you've got a squad with maybe 1 or 2 good strikers then you need to either buy more or try a different tactic.


PLEASE NOTE -- It doesn't seem possible to save opposition instructions into a tactic file. You need to add the below manually. This is extremely important for the tactic to work defensively. Everything you see in the image needs to be identical to what you use in game. 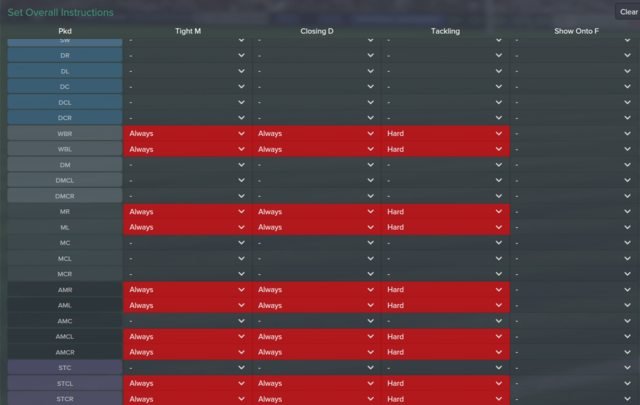 If you want to see the tactic in action then I strongly encourage you to watch the first season at Liverpool on my YouTube channel.


If you have any questions then I'm happy to help. Remember that the vast majority are covered in the video series and that's an excellent starting point for anything that might cause you some confusion.


Thanks for reading and good luck!

Discussion: The Diamond Dominator for FM15

34 comments have been posted so far.