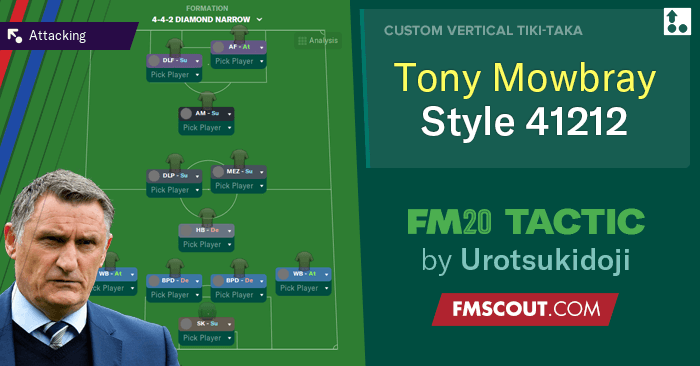 This is my 4-1-2-1-2, Tony MowBray style. This is a really strong tactic. Once you get familiar with it you will bang them in. Win every game, top goalscorer both player and team.

This is the perfect tactic. Even works with LLM, won title with York even though they were faves.

This tactic is slightly direct, plays up the middle, and you will get lots of highlights.
There has been a lot of thought put into this tactic, down to why I play mezzala, why I play dlf, etc.

CB: They play as your normal bpds. and pass the ball across def and to the dlp.

WB: As I have no width I want to have attacking wing-backs. I wanted my WBs to attack in this formation but I didn't want them to be caught out. So I play wb in the fb position on support. I also got them scoring by crossing less, dribbling less and shooting more. It is a good idea to have two footed wb so they can cut inside and score.

HB: This Guy is basically a 3rd cb who carries the ball out of defence and links with midfield. This allows my wb forward. I played a halfback instead of another cb because I wanted more cover in cb and to push high up and play offside.

DLP: This guy is the heart of the team, he is on more direct passing, and you will find him spraying balls to the wb and forwards.

Mezzala. This guy is just to hold position. I chose mezalla because I wanted a little bit more width. But basically he is there to offer an outlet and to stand on the opponents toes.

AMC: I want my amc to play like Bradley Dack, so he's attacking and scores goals. If I play 3 strikers the middle one gets lost. I have two players in this position with come deep to get ball trait, yet I tell them to attack. this works perfect.

DLF: The ignored man of the team. This guy is to play a little deeper, He often breaks down opposition play and I score.

AF: The goalscorer. Although this tactic isn't heavily dependent on the strikers scoring, my main strikers scored 21 goals in 25 games. I wanted to play 2 strikers but not be outnumbered in midfield. Also wingers and inside forwards have always under-performed for me. 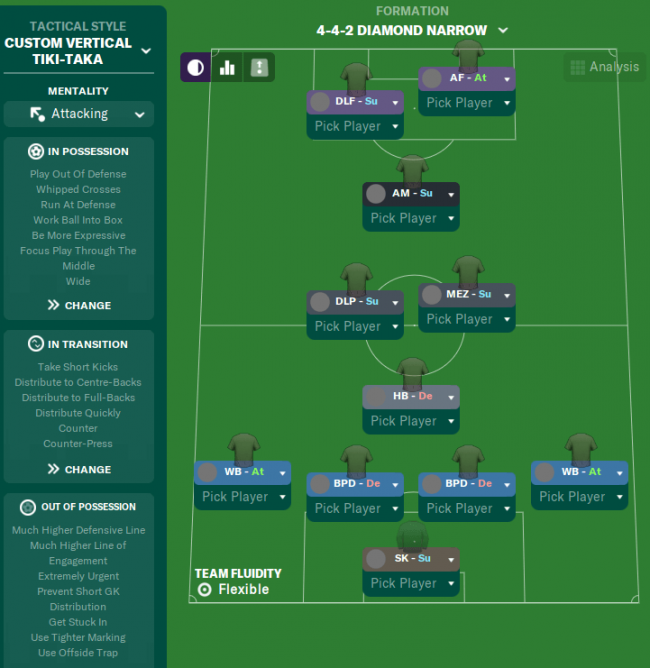 The set pieces are from one of Knap's tactics.

I have made some tweaks to the tactic as I was drawing too many and had a bad start.
2nd version is now up as of July 6th.

This tactic can beat utd away. The only problem I've had with it is when you are becoming familiar you concede set pieces. Once it's locked in that stops happening. 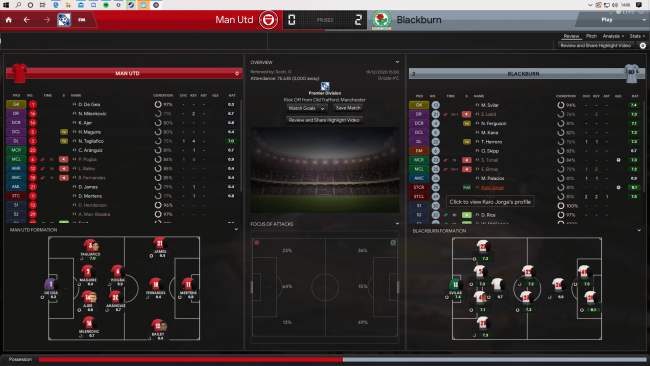 Its has won me the championship with Blackburn (though not original roster), and in my first season in the EPL I finished 3rd and qualified for ECL. Although it is not Blackburn original squad, these players are not fully developed. 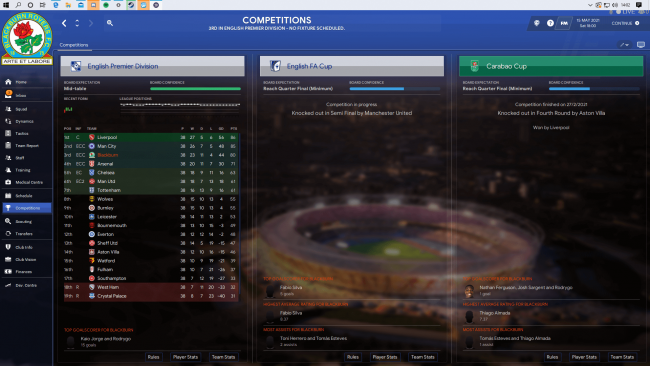 As you can see I drew quite a few games but lost less than Liverpool. This is because this tactic can get results against the big teams even away. 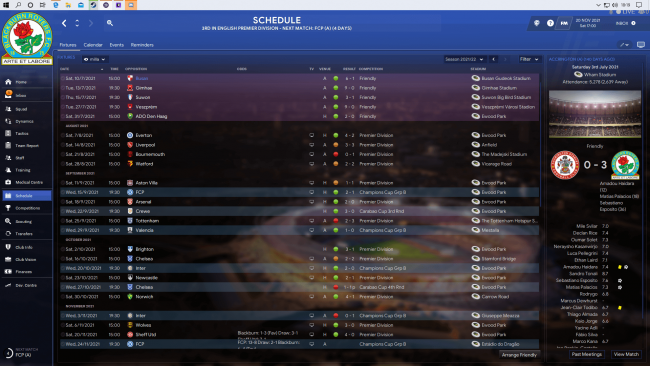 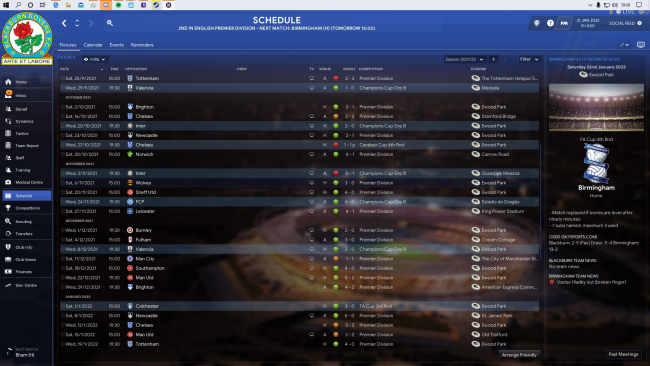 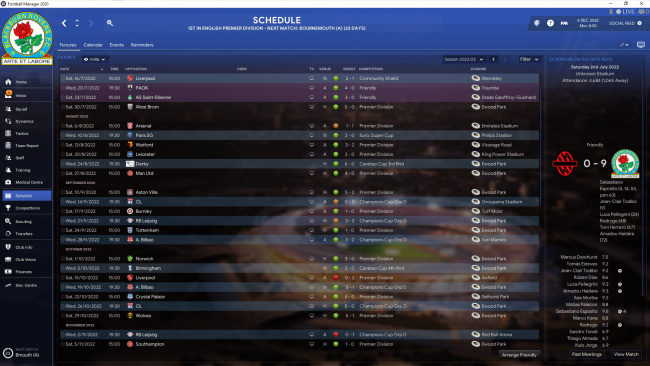