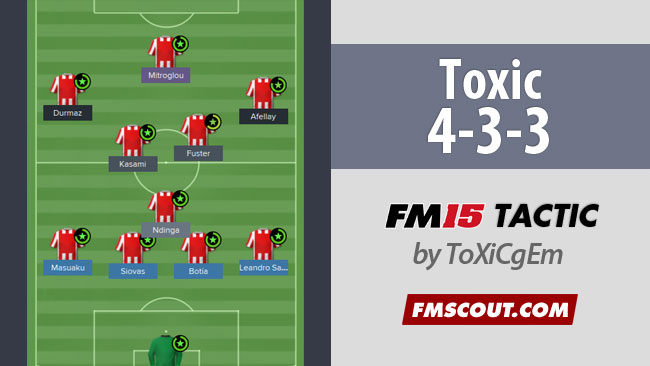 I have been testing Tactics and comparing Tactics and this is my best to date and I have to say it works pretty well for me. I am right now playing Eastbourne Boro in Conference South. So I will be pleased with feedback if anyone tries this out...

Sweeper Keeper with Support duty.. I found it works pretty well with Keeper defending too.
Full back right and left duty Attack.
Both Defenders set to defend.

Anchor Man set to Defend but IF you got a really good one here you could try giving him a free role or lots of creative freedom.

Midfielder center right... Advanced playmaker set to Attack.
Ball winning midfielder center left Support.
Right Winger Raumdeuter set to attack if you have a left winger you can swap postions with left winger who is set for support. I do this as I think it makes them harder to man mark but you need wingers who can play left and right. Other wise change that options.
False Striker Support.