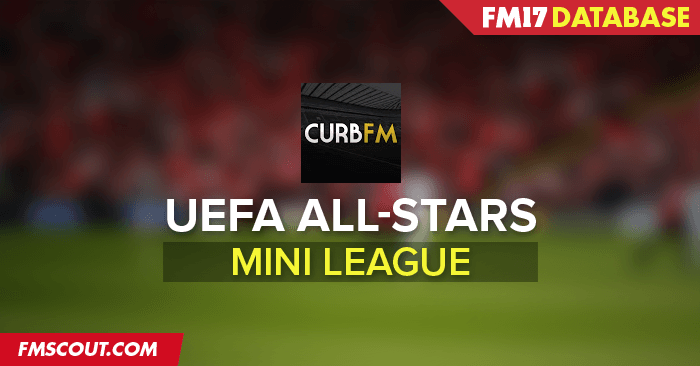 The UEFA All-Stars League contains 4 teams, each representing one of the top four leagues in Europe.

Bundesliga, La-Liga, Premier League and Serie A are all represented in a true test to see which league is the best in the continent, and arguably the world.

This file includes the data and graphics for each team.

Each team play each other twice, with the top 2 teams playing each other in the final to see who is the UEFA All-Stars League Champions.

Instructions: How to install UEFA All-Stars League on FM17