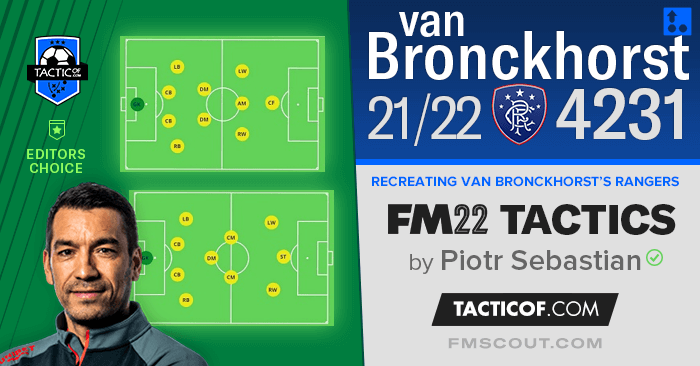 Giovanni van Bronckhorst is characterised by great flexibility, varying the tasks of players even within the same formation and different patterns of play even when keeping a similar team shape.

He is able to change the mentality from defensive to offensive, leave three defenders or five in the middle.

They are not bothered by the opponent’s numerical advantage in the central zone, because the second line of pressure, together with the defenders, play very close to each other not leaving the opponents too much space in this zone.

Rangers’ tactical plan after winning the ball is simple: attack as quickly as possible regardless of the passing method – either with a sequence of quick short passes or one direct to a free player.

They often attack with at least four players at once – two strikers and two wingers. 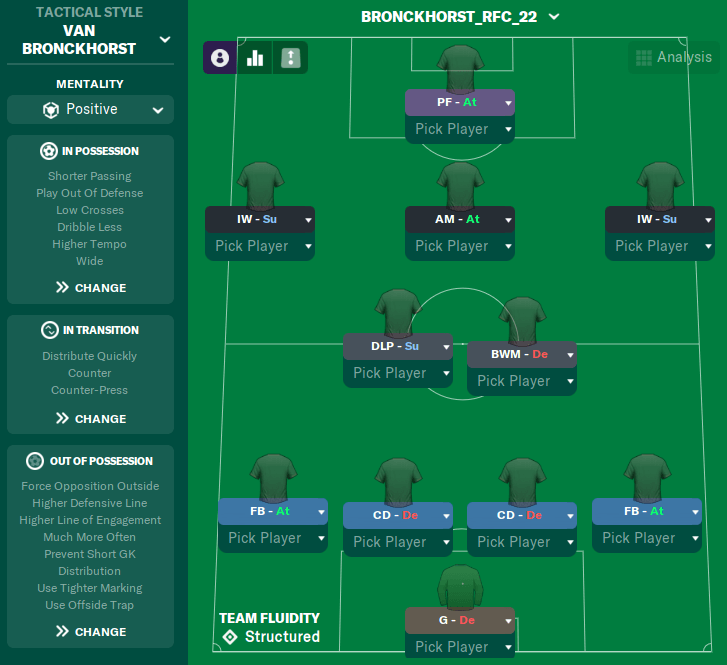 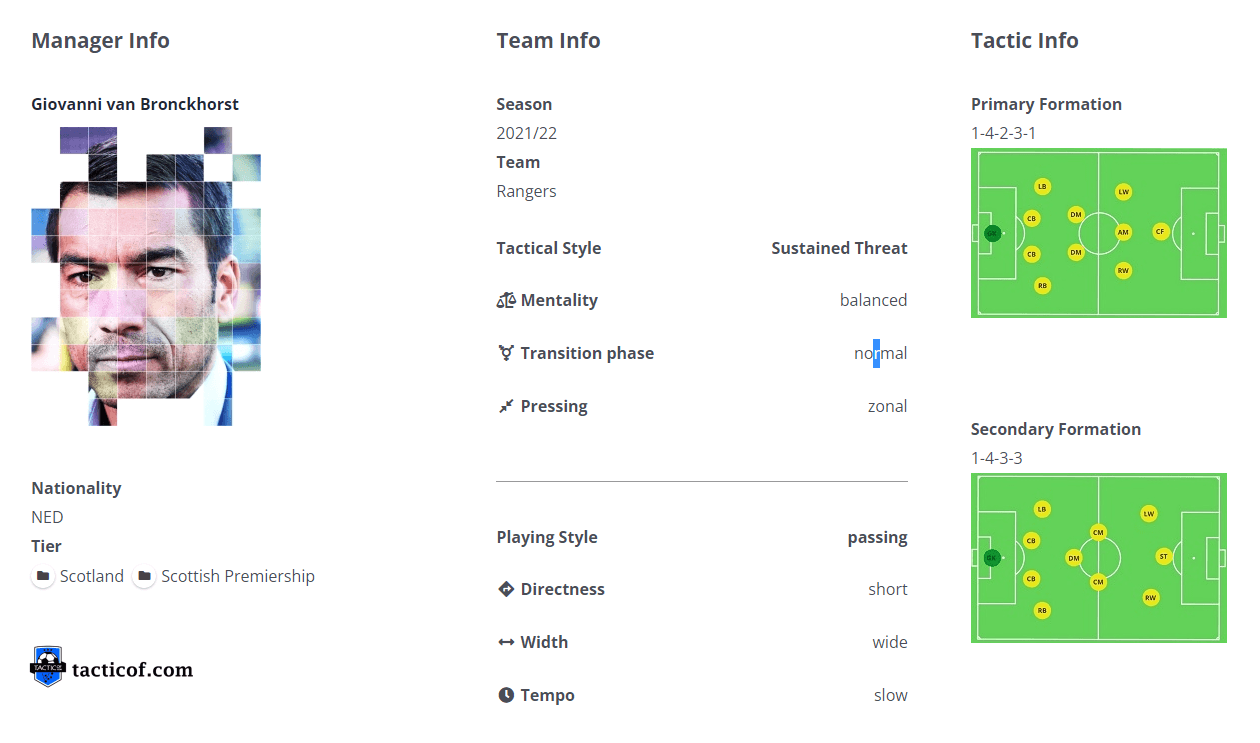