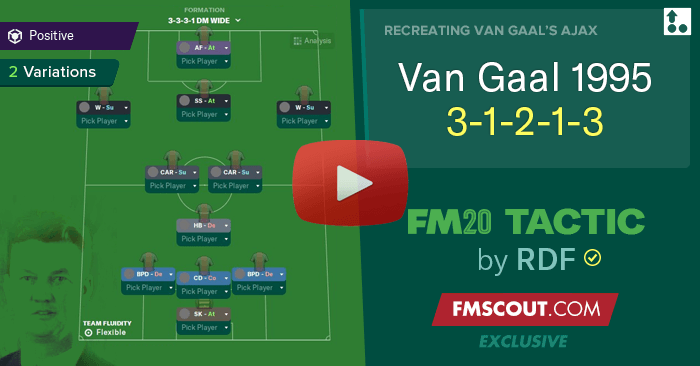 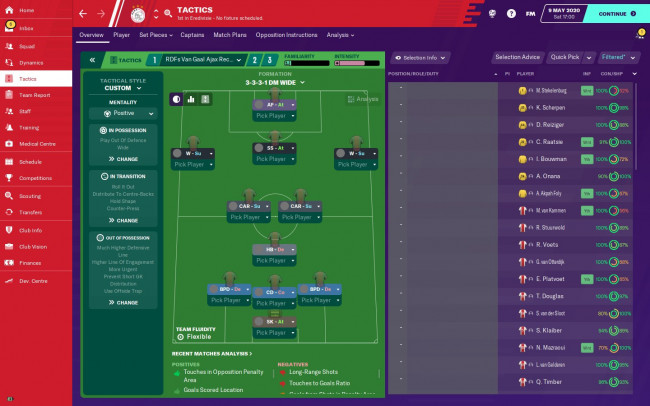 “It’s a footballing philosophy more than a system. A system depends on the players you have. I played 4-3-3 with Ajax, 2-3-2-3 with Barcelona and I can play 4-4-2 with AZ. I’m flexible. The philosophy stays the same though. I don’t think that you can adapt it to every possible situation.
Preparing your tactical formation is essential. Each player needs to know where he has to be, and that is why there needs to be mutual understanding because you need absolute discipline.
This is a sport played by 22 men, and there are 11 opponents out there're playing as a team. Each individual needs to know who he has to beat and be there to support his team-mates.”


Under Van Gaal, Ajax became the Eredivisie champions three times, in 1994, 1995 (notably going the entire 1994–95 season unbeaten in both the league and the Champions League) and 1996.

Van Gaal was set on making the Total Football brand dominant again whilst football had changed a lot since Johan Cruyff. What Van Gaal had in his arsenal was the tactical knowledge to make changes according to the opposition.

Van Gaal was very flexible in his approaches to games. Depending on the opposition, you would noticed some subtle changes for example, if teams pressed higher up the pitch and marked out Ajax deeper creators, then Van Gaal wasn't afraid to go more direct with his play.

Van Gaal shaped up his Ajax side in a 3-1-2-1-3, which you could say was very similar to how Johan Cruyff set up his Ajax side. The shape itself is key to the football brand known as "Total Football" as it could gain numerical advantages over the pitch.

During play, the wingers were important to attacking phases as they often need to stay wide and by staying wide stretching the pitch, this often left spaces in the channels/half spaces, this space could then be occupied by the AM or even the CMs to make an 'underlapping run'. Also helping stretch play was the striker, he often enough stayed on the line of opponents defence occupying them and keeping them busy.

The AM had the duty to attack the space created and also dropping deeper into spaces to collect the ball to also be able to playmake. In midfield, there were many triangles that could be formed in order to keep possession effectively, the CMs "The 'shuttler' duo" had to be very disciplined not to make overlapping runs or any movements that could effect that diamond shape.

In defence, often enough you would see two wider CBs having the ability to move into wider spaces, this helps with angles with playing from the back, and in central defence there was a sweeper, possibly a Libero, as he had the quality to sweep up behind but also bring the ball out into midfield. This is key as sides started to man mark Ajax deeper playmaker in midfield so then the central CB became that extra man in midfield. 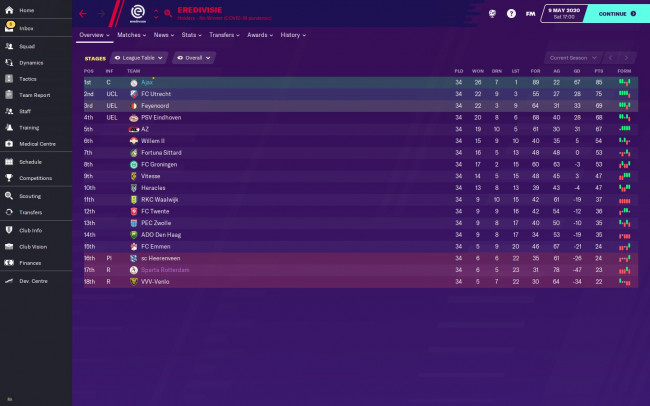 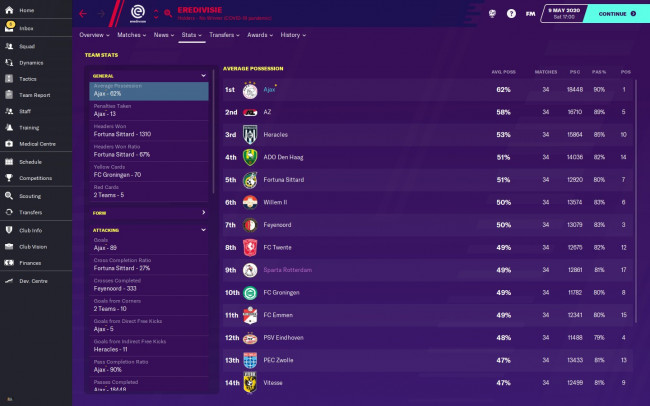 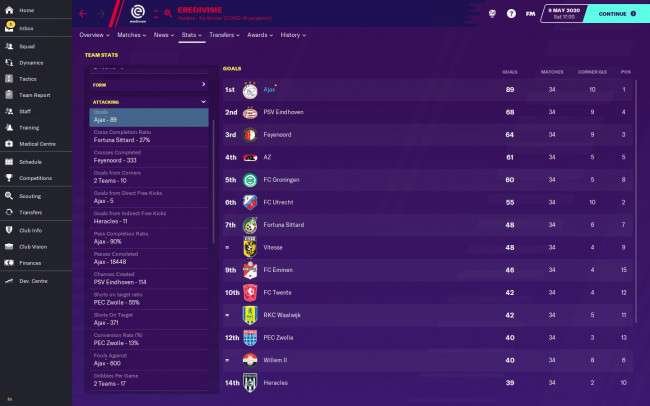 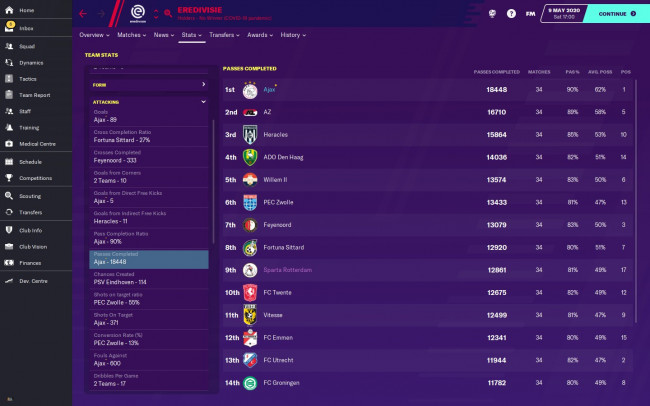 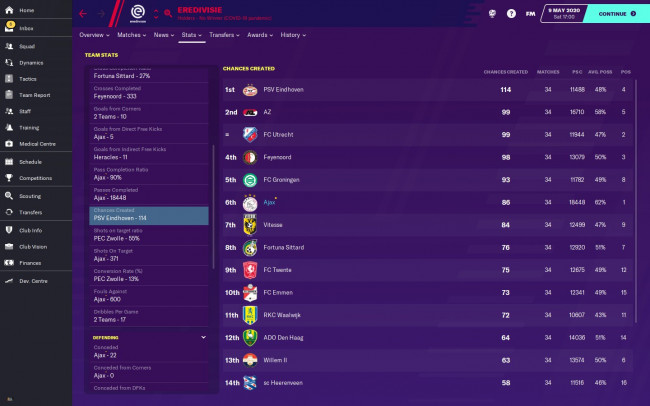 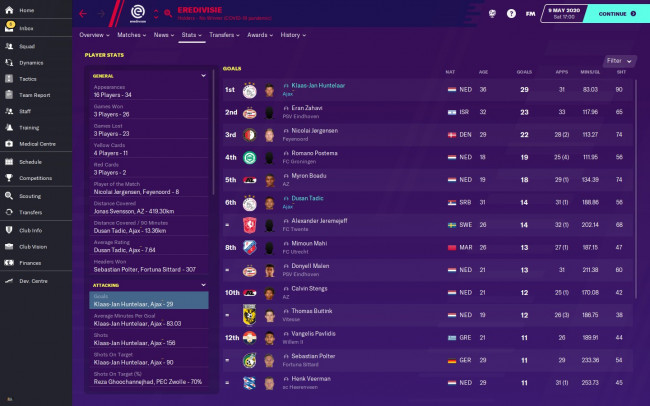 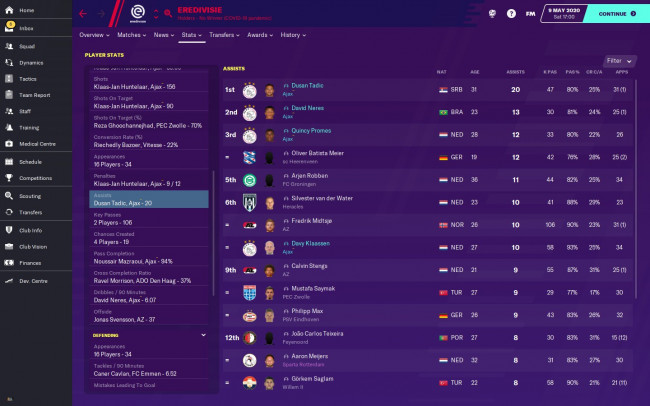 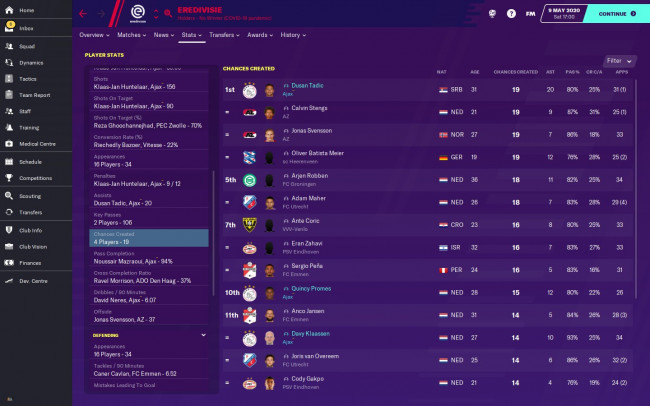 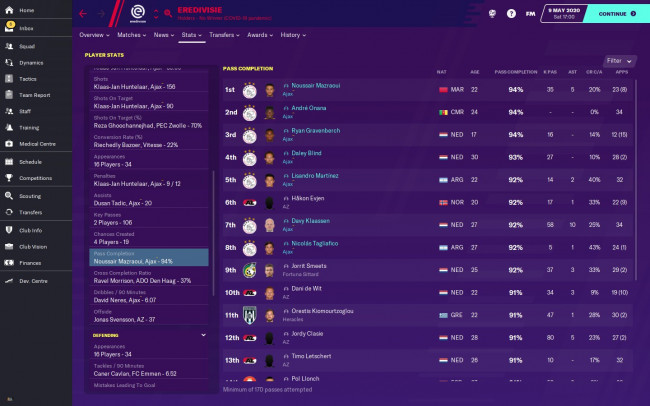