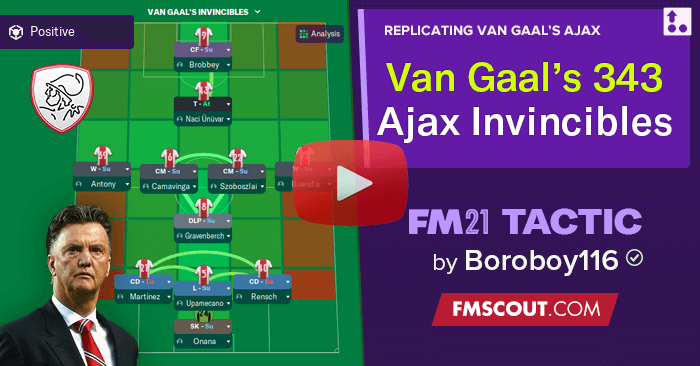 Louis Van Gaal is an innovative manager who believes in implementing a philosophy of play which fosters a club culture. Throughout his coaching career, Van Gaal always talks about principles, these principles refer to everything from how the team plays and trains to player recruitment. Van Gaal is a coach who believes in his system like no other, he rarely changes his formation and believes in clearly defined roles for each player. Unlike coaches like Capello who adapts his tactics to the players available to him, Van Gaal expects players to adapt to his system or he gets rid of them like Ajax Fan favourite Jan Wouters.

During training at Ajax Van Gaal took a structured approach to player development, every player would be assigned a number on the pitch along with an instruction manual of tactical demands with detailed tasks for when the team had the ball and did not.

Van Gaal said “Football is a team sport and members of the team are dependent on each other,” he said at the time. “If certain players don’t carry out their tasks properly on the pitch, then their colleagues will suffer. This means each player must carry out his basic tasks to the best of his ability, and this requires discipline.”

The tasks varied for each position, for example, the goalkeeper had to be good with his feet, he was required to start attacks from deep and would distribute the ball to the libero. Van Gaal's wingers were told to stay high and wide making the pitch as big as possible, this opened up space and allowed the DLP to make quick switches of play. This allowed the team to move in set patterns if one player came deep another would be instructed to make a forward run to constantly confuse opponents with their movements.

To make sure his players understood and were capable of carrying out his instructions, Van Gaal implemented relentless repetitions of basic drills like long-range passes to ensure the ball could be switched from flank to flank at speed. He also had 6 vs 3 games with the team of 6 were only allowed one and two touches drilling the pass and move football desired.

Another innovative approach used at that Ajax team was players performed aerobics with specific movements related to the game, such as heading an imaginary ball, shimmying to their left and right before kicking their legs in the air. These sessions were fun for the players but more importantly, they developed coordination, reaction times and improved players flexibility and allowed them to be quicker on their feet.

The formation used by Van Gaal was the same as the one used by the great Johan Cruyff, there were some similarities like the use of a libero and the use of Frank Rijkaard in the Guardiola role. 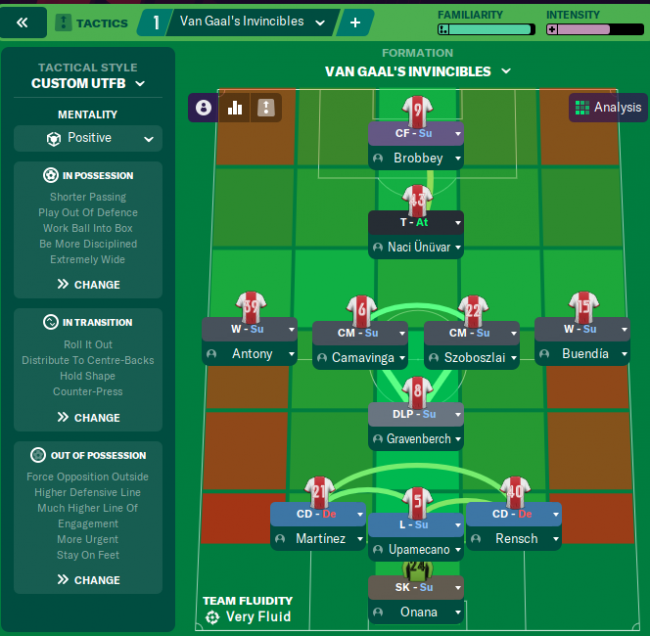 Both believed in attractive and attacking football, but this was achieved differently. Both sort to play out from the back however, Cruyff gave his players much more freedom whereas Van Gaal's team was more disciplined with their shape. 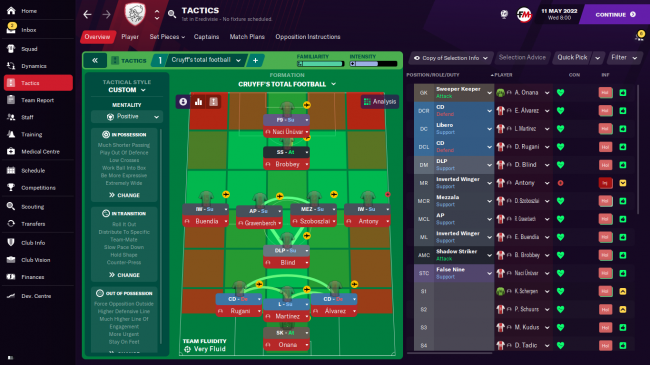 Both managers were ahead of their time, Cruyff's team was packed full of technical players, Van Gaal combined technical ability with athleticism. Van Gaal’s Ajax of 1994/95 produced one of the great seasons, winning the league and European cup whilst remaining unbeaten, even more, impressive is they did this with a team full of academy players.

See the video below for a full tactical breakdown and analysis.