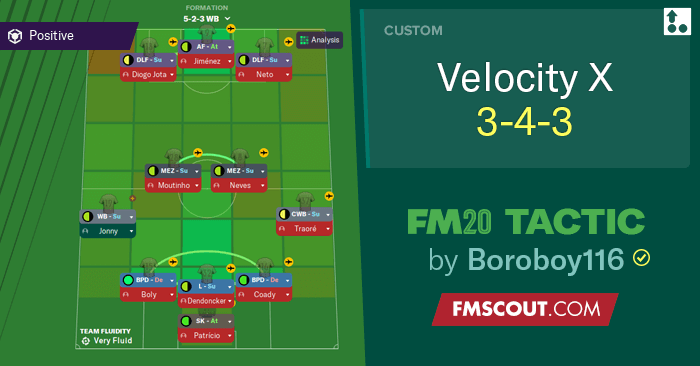 The system is either fluid or very fluid depending if you wish to play with a libero. The whole team is responsible for attacking and defending. The width is provided by the wingbacks, however, the wide strikers will move into the channels to help create diamonds on the flanks, giving the man on the ball several options to move the ball at pace. In the build-up, the team are equally capable of playing from the back or going more direct into the forwards. In the final third players are instructed to play the ball short at pace to retain possession and move the opposition around before playing the killer ball. 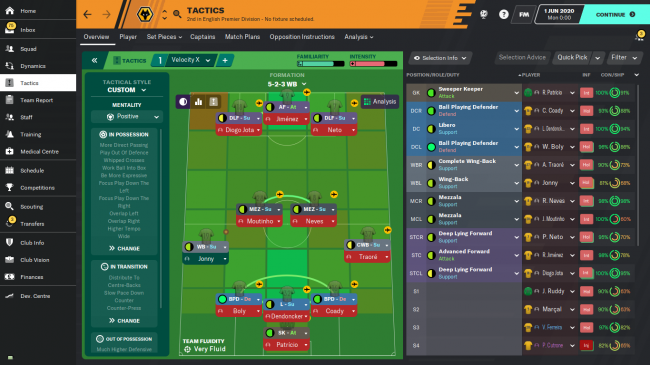 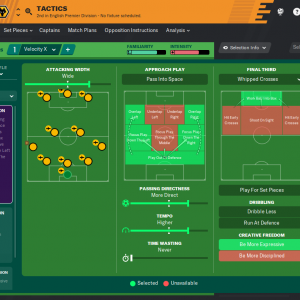 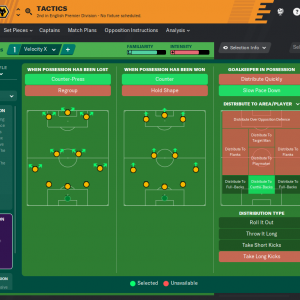 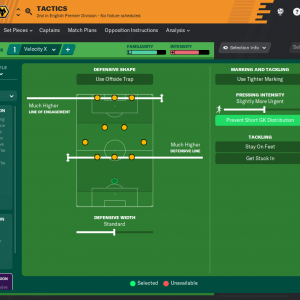 Without the ball, the team uses a split block, the strikers press intensely harassing the opponents back line aiming to force a mistake before countering and overloading the box. If the opposition doesn't turn the ball over via a mistake then it is hoped the opponent will hit the ball long, the 3 centre backs will deal with the long ball before looking to start an attack quickly. If the press is beaten then the defence will aim to hold up the attack to allow numbers to get back to support the defensive phase.

The tactic is very attacking in nature, getting the ball to the strikers quickly allowing them to overwhelm the oppositions defenders to create and score the goals. The philosophy is to simply outscore the opposition if they score 1 then we'll score 4 etc. 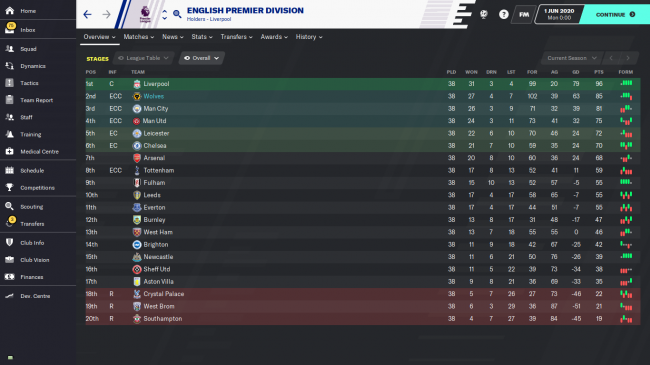 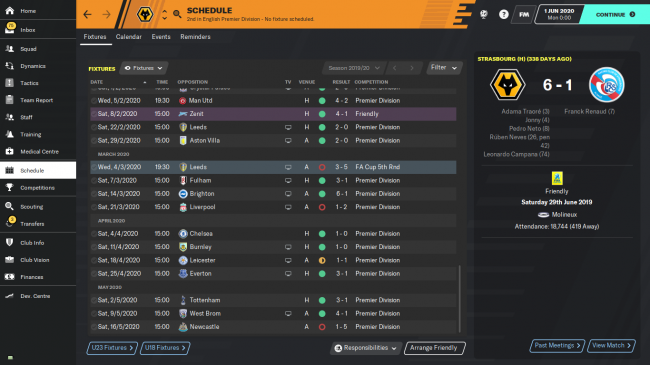 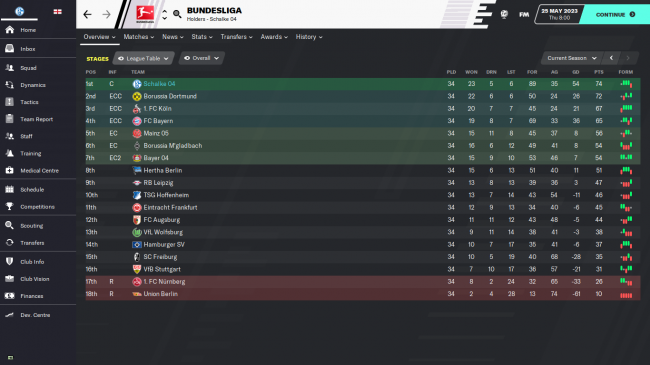 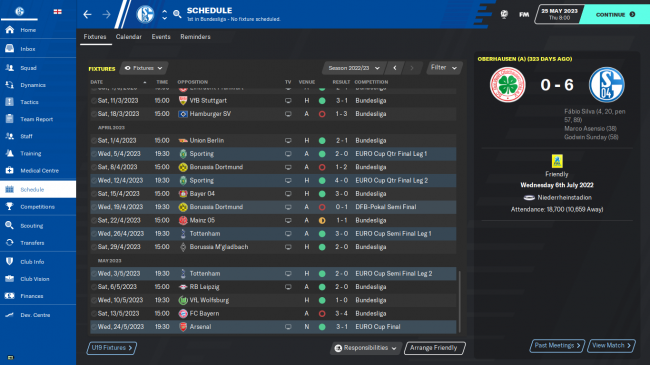 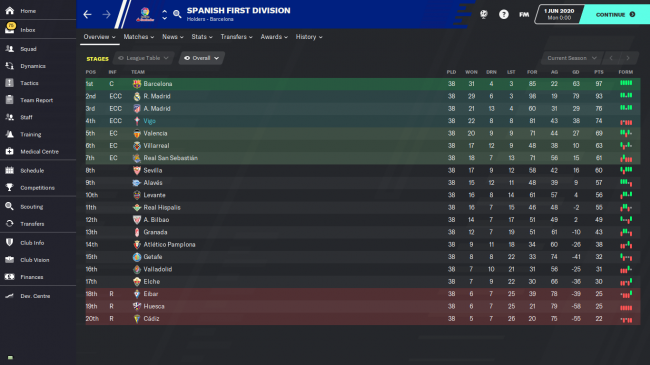 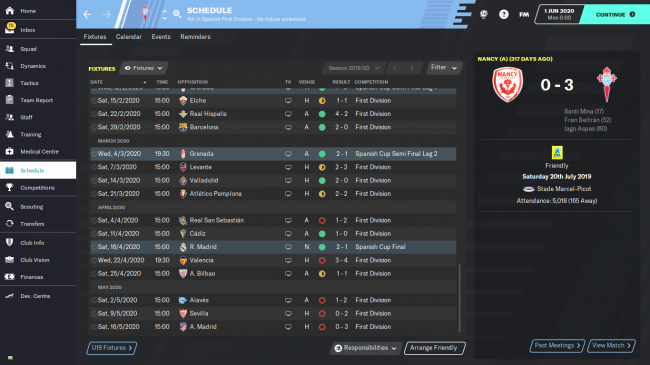 Some fantastic results across the leagues with Wolves finishing 2nd. Vigo finishing in the top 4 and winning the Copa Del Ray. Schalke were able to win the Bundesliga and Europa League.