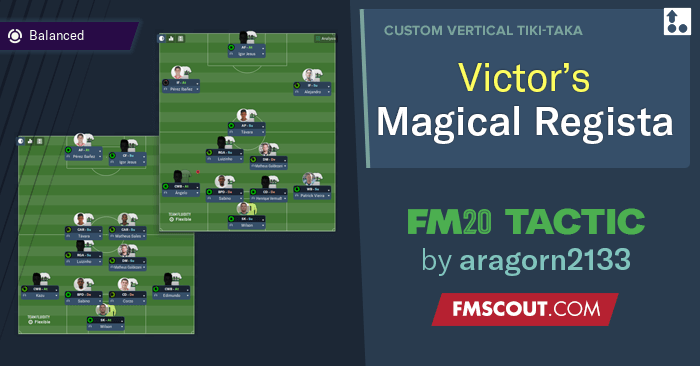 For start I want to say I used the Brasil Mundi Up patch, whose actualizes the rosters and the brazilian divisions. In the normal game Coritiba Starts at Serie B, the patch move them up to Serie A.

Now Lets move to the tactics. I used two tactics (three to be honest but this one is just a fluid counter-attack to play against são paulo and atlético mineiro). 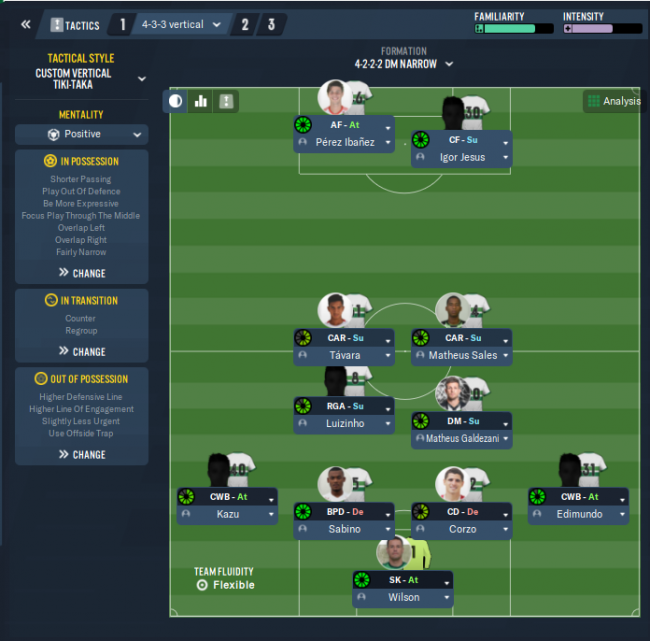 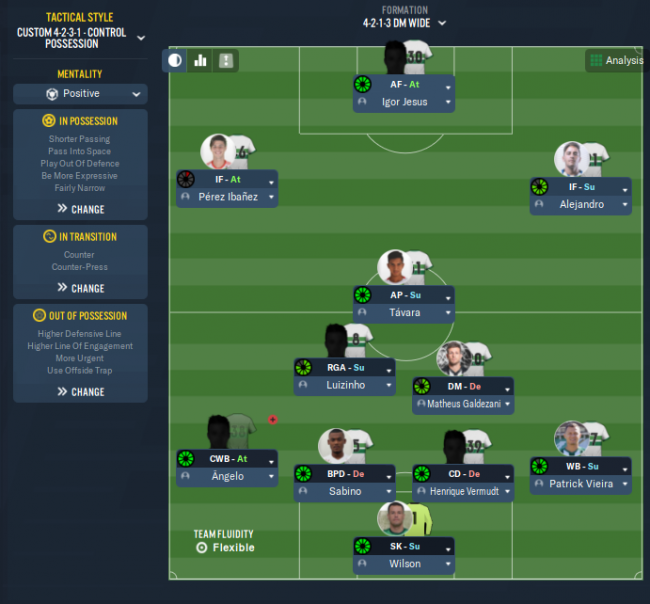 there's not a lot of secrets behind this. The CWBs will give you the Depth and create a lot of chances, the Regista will be your best player and the advanced Forward will score most of your goals. I'm using Carrileros to protect the wide areas and and create space for the regista advance, but you can use mezzalas instead it's up to you.

The regista will be your best player by far, Collecting a lot of key passes in your journey. Luizinho(Luiz Henrique), my regista, won the best player of the league by a wide margin He starts the game as a AMC so I used the state Championship to retrain him as a regista and he surpassed my spectations by far finishing the campeonato Brasileiro with 100 key passes and a rating of 7.59 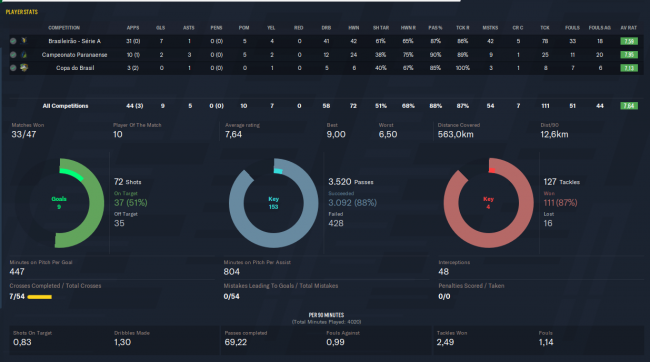 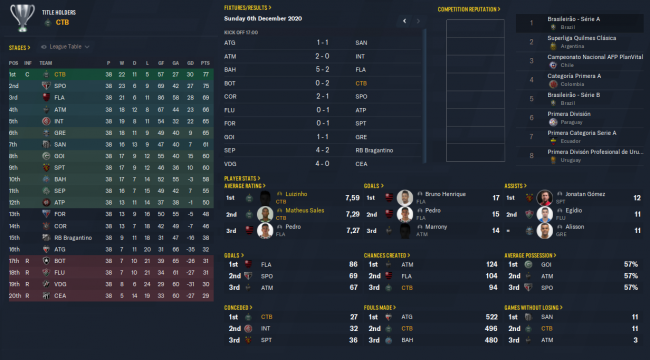