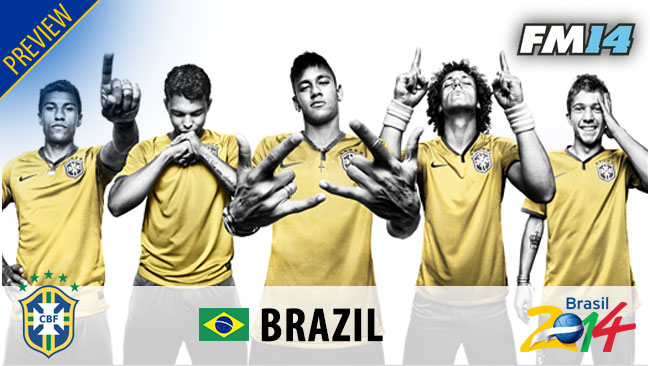 Brazil is, effectively, seen by many as the spiritual home of football. Flamboyancy, improvisation, skill and technique - all words associated with the Brazilian way of playing. The nation is seen as one of the finest hotbeds for young talent in the world, with a track record second to none when it comes to producing the next big thing.

As hosts, Brazil have been put into Group A, where they will face off against Croatia, Mexico and Cameroon. This can be seen as a very kind draw to the hosts, and one which they will look to take advantage of. Mexico and Croatia seem the most threatening, but Brazil's natural ability will most likely get them over the line.

Brazil are the most successful nation in World Cup History. 1958, 1962, 1970, 1990 and 2002 are the years in which Brazil has risen above the rest of the world. In this time players such as Pelé, Garrincha, Zagallo, Ronaldo, Romario. The latest in those line of players will be Neymar, who will have the weight of a nation's expectations on his shoulders.

This is one of the least star-studded Brazil squads of all time. There is no Ronaldo, Romario or a Kaká or Ronaldinho. Neymar is the star attraction this time round. After bursting on to the scene with boyhood club Santos, Neymar finally made his long-awaited move to Europe - joining Barcelona. There he has played well, but he is a rare case of a player who plays better in his national team shirt than his club one.

Another pivotal player for Brazil is Oscar. After two outstanding seasons at London outfit Chelsea, Oscar has firmly cemented his place as one of Luiz Felipe Scolari's key men. His wide range of passing, creativity and finishing place him as one of the hottest prospects in the world.

Thiago Silva is the final key player. Despite their being many more, Thiago is the most important. Rated as one of the best defenders on the earth, the PSG captain also leads his national team. His rock solid defending and partnership with David Luiz could be a catalyst for success on home soil.

Brazil is a country that contains a plethora of footballing talent and consistently churns them out year after year. Who are the hot prospects that will be representing their country in two weeks time?

Despite this, the Brazil squad manager Luiz Felipe Scolari has brought to the World Cup is a relatively experienced one on the international stage. Bernard, the 21-year old who was linked with Arsenal in previous transfer windows, is the largest prospect there. The small winger is highly regarded at Shakhtar Donetsk and could be

Luiz Felipe Scolari, sometimes known as Felipão, is considered as a master of tournaments. Scolari has built a squad that is unified and has one goal: to win. His team know what they need to do, and Scolari knows what he needs to do. This isn't the first time Scolari has managed his home nation. Last time he was the Selecão's manager, he led them to World Cup glory in 2002 - in similar circumstances. 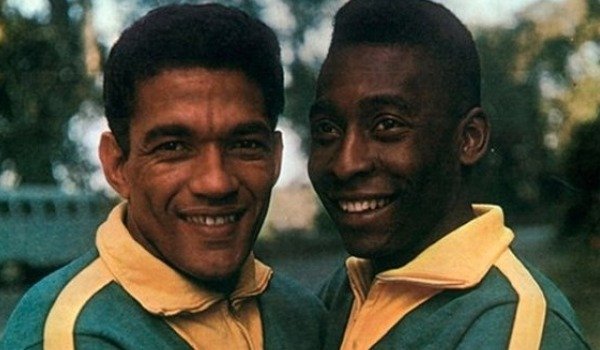 Brazil is a country gifted with footballing ability. Years upon years of stars have come through the ranks of their hometown clubs before going on to make it into the big time. Pelé is the biggest name that springs to mind. With 77 goals in 92 caps, he is often referred to as the greatest of all time.

Garrincha is a legend of way back for his performances in '58 and '62 and his mazy dribbling skills and trickery. More legends of recent times are Ronaldo, a goal scoring machine who played for the likes of Barcelona. Romario will always be remembered for his goal scoring and poaching - as well as some off the field controversy, too, however. Ronaldinho is a modern day legend and will always be remembered by Brazilian fans. The big grin of the ex-Milan winger is still iconic as ever.

The media have always placed the onus on this Brazil side to come out winners, and ever since their comprehensive win over Spain in the final of the Confederations Cup final the pressure has begun growing intensely.

In my opinion, I believe Brazil can triumph on home soil. Scolari has united this squad and has gotten them prepared correctly and made sure they can use their home court advantage well. It is a young squad, but if they keep solid at the back and don't let the heavy expectations and pressure get to them, I can see them winning the competition for a record 6th time. 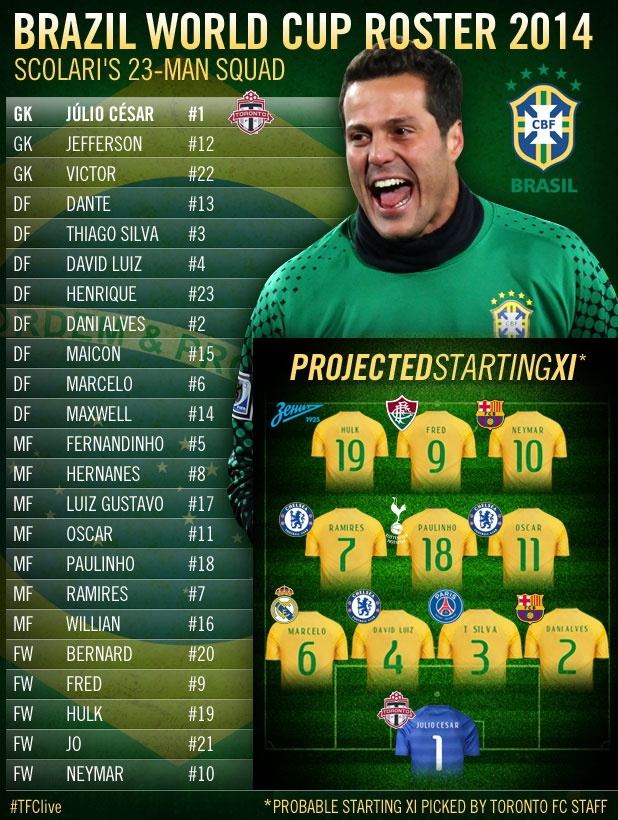