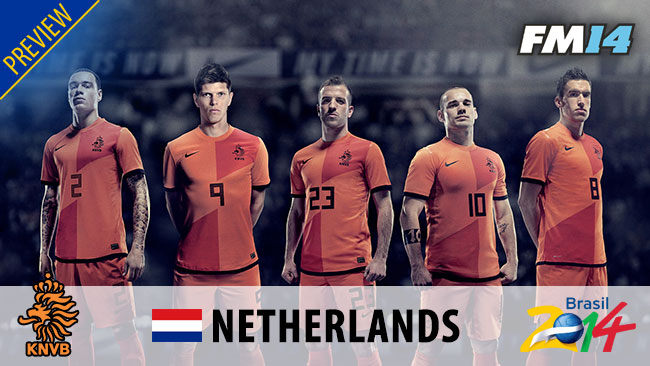 The Netherlands have always played an attractive brand of football, and have always had some of the most talented players in world football in their squad. Currently 15th in the FIFA World Rankings, their previous players include the likes of Clarence Seedorf, Dennis Bergkamp and Johan Cruyff - all of whom were known globally for their footballing abilities, Cruyff especially for his "Cruyff Turn" at the 1974 World Cup held in Germany. Now, blessed with current talents such as Robin van Persie, they will be looking to do their nation proud by winning their first World Cup.

Holland have been handed what is considered a very tough group in Group B, but the Dutch should squeeze through. They know that they must get results against world champions Spain, South American side Chile, and Australia if they are to progress from the group stages.

Holland can be classed as one of the unluckiest nations to ever compete in the World Cup. They've finished as runner-up on three different occasions, against fellow Group B nation Spain in the most recent World Cup in South Africa, and also to Argentina and Germany. They have qualified for the World Cup Finals 10 times now at the tournament, but this will only be their second tournament in South America In the other South American World Cup that they entered, they finished as runners-up to Argentina - could this be a sign of things to come? The Dutch public will be expecting great things from their team over the course of the World Cup, and will hope that a World Cup win will finally be on the cards here in Brazil. 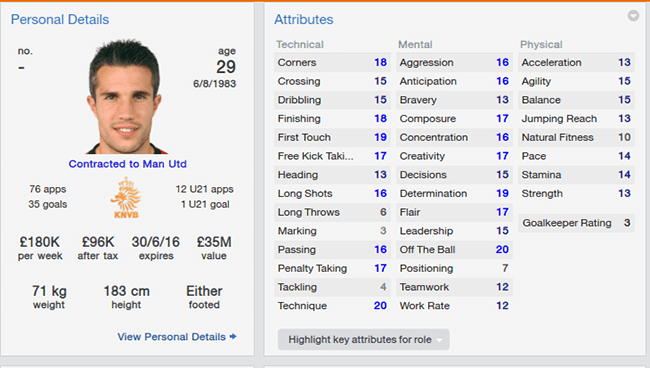 One of the obvious stars of the current Holland squad is Manchester United striker Robin van Persie. The 29-year-old has just finished his second season at Old Trafford, with the season just ended being less memorable than the first season he spent with the club. The 2012-2013 Barclays Premier League Golden Boot winner has been capped 84 times by his nation and, in what could be his last World Cup, will be looking to go out with a bang.

Holland manager Louis van Gaal will also be looking to AS Roma midfielder Kevin Strootman, who is highly rated across the globe and will be a key part in the squad, without doubt. Strootman is often referred to as a "tough tackling midfielder", and comparisons have been made between himself and former Manchester United midfielder Roy Keane for his 'take no prisoners' attitude.

Finally, in defence, while the team is not overwhelmingly blessed, Daley Blind will be a key feature in it. He has only been capped twelve times by his national team but the Ajax fullback is one of his domestic sides most important players, and thus he was awarded the chance to prove himself by being given a place in the team. Last season, he was switched into a defensive midfield role, and plaudits came his way for his performances. Could we see the same thing happen to him in the national side?

Memphis Depay is a phenomenal talent in world football. At age 20, he has been capped in six international friendlies, and had a fantastic season with his club PSV last season. We may not see much of him this time round, but whatever we do see of him, we are in for a treat, but I think van Gaal will go for more experienced players in his last games in charge of the team.

The verdict of Sky Bet is that Holland will not make it out of their group. They are 28/1 to win the World Cup, so the odds are not stacked up against them too much, but they're predicted to be eliminated at the first stage with the odds of 5/4. The odds of reaching the Semi Final are quite favourable, at 9/1.

My personal opinion is that Louis van Gaal will lead the team to the Quarter Finals and then we will see them be knocked out by an inferior team, so I think we could be in for a surprise, definitely. Surprises are all part and parcel of the World Cup and there will be plenty in store for us along the way.