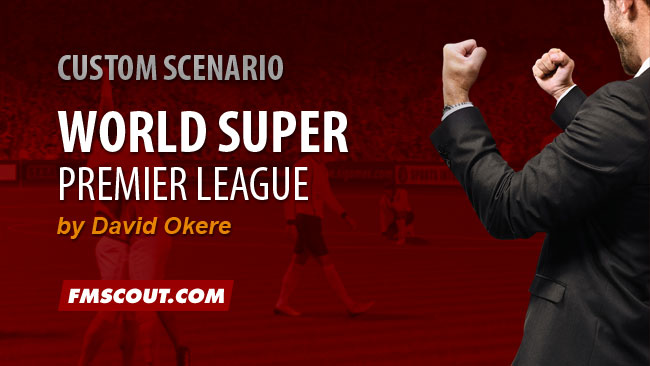 That's right, just as the description portraits: You're able to finally play the World Premier league database in Football Manager 2015 as well!
Thanks to Icarus for originally creating this page.


I'll explain with the following images. 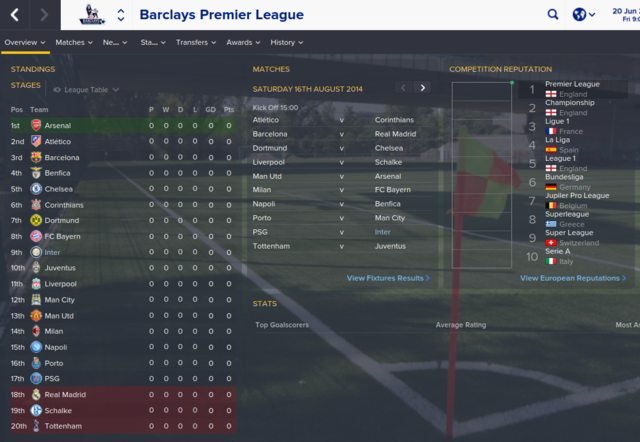 This is the "new" Premier League, here the major clubs battle in 38 fixtures home and away, a victory is 3 points, a draw is 1 point, and a loss is 0 just like in every league.

The leagues below work the same, they've just been remade to fit the theme, and you'll find the clubs fitting accordingly in their own categories below the top dogs in the Premier. 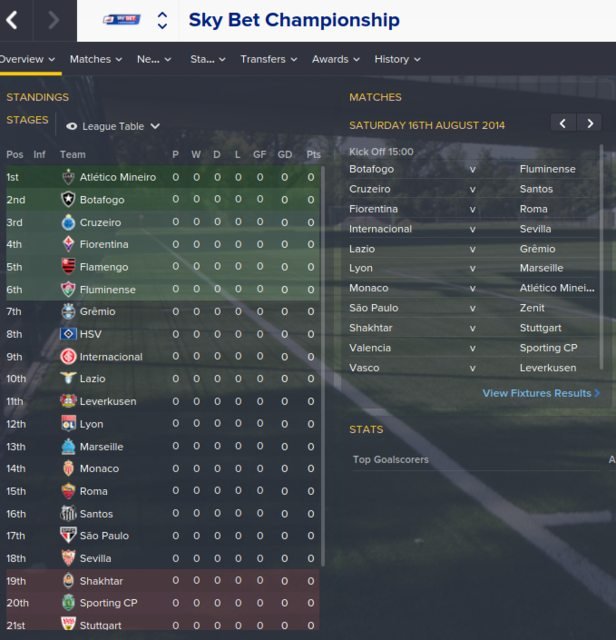 These are only a few divisions I'm showing you, there's nineteen so way too many to show. 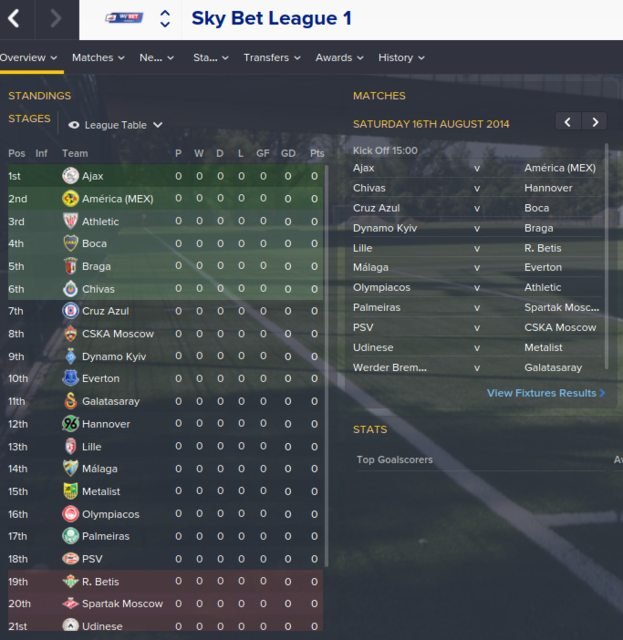 If you don't see your team, don't fret they're all there, you just need to dig into the lower divisions for the lower reputation clubs.


The league cups work differently as well, they've been given the reputation of the Europa League and the Champions League, as well as the prize money as you advance through the stages so it's quite rewarding. 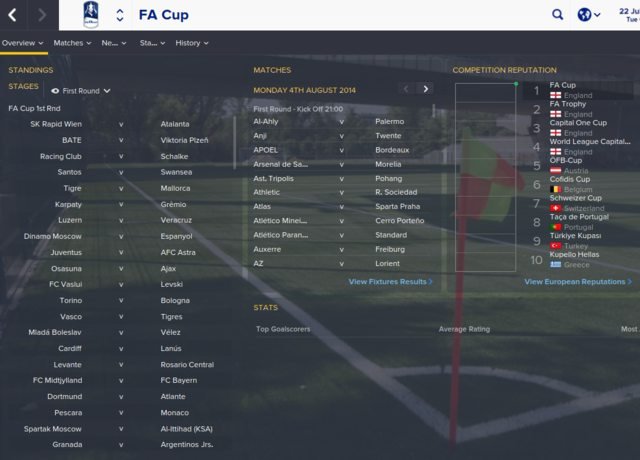 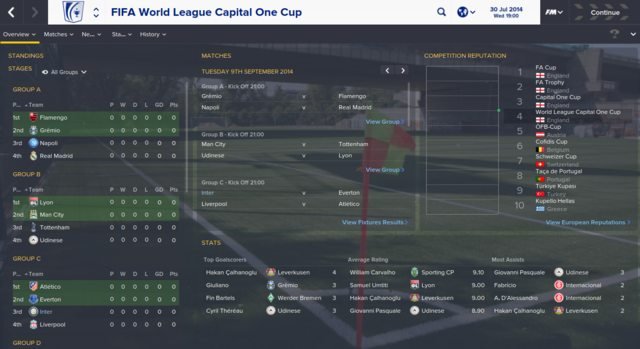 Last but not least, rules and prizes: Look at all that cash! So what if you came in 13th... Next season you'd be more than sure to have enough budget to retry your strategies to challenge for the title, if you play your cards right. 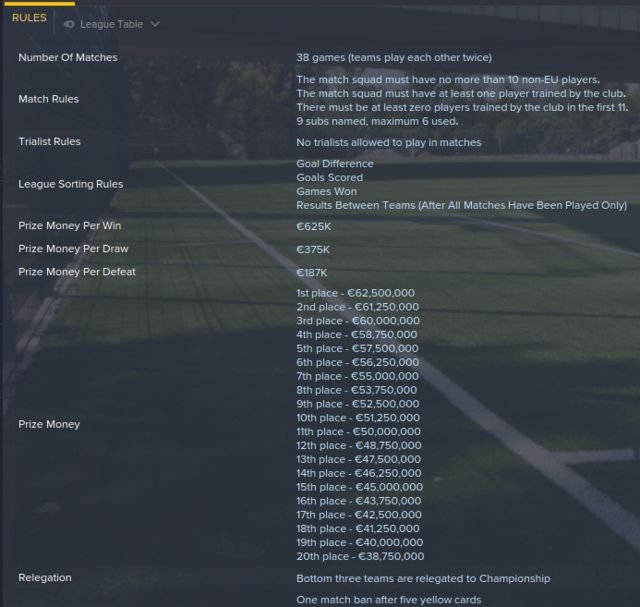 Extract the downloaded file using 7-Zip for Windows or The Unarchiver for Mac.
Move the extracted FIFA World Super League.fmf file to your editor data folder: