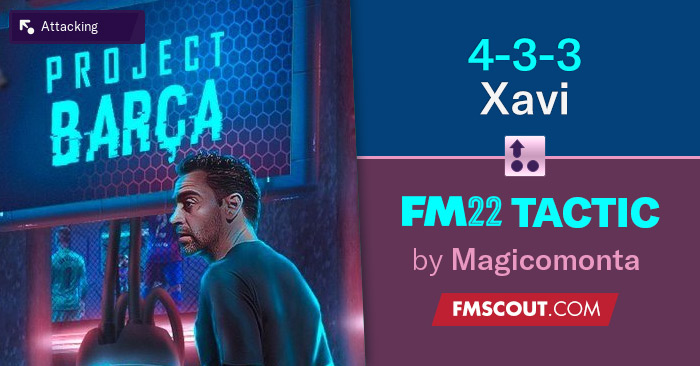 Construction: the team tries to start from the bottom in the initial setup phase, implementing a 4 + 1 construction aimed at finding Sergio Busquets #Busquets to start the maneuver. In conditions of strong opponent pressure, however, Marc-André ter Stegen #TerStegen does not disdain the direct search for the striker with a long return, aimed at isolating the striker with the direct marker.

Development: one of the innovations introduced by Xavi compared to the previous management is that of deploying a central defender as right-back, in this case Eric Garcia #EricGarcia (whose particular defensive tasks we will later analyze), to position himself, once possession is consolidated , with a 3-2-5 in which the right-back tightens becoming the “arm” of a 3-man defense and the left-back, @jordi alba #JordiAlba, gets up in the wing.

Finishing: the intention is to put as many men as possible in the finishing area and therefore we see that the two central midfielders often interchange positions by occupying the half-spaces behind and on the sides of the tip. The left fielder, when Alba gets up, is also centered in the left half-space. The width on the right is given by the right wing.

-Finalization: the weight of the attack is all on the shoulders of the striker and the finalization phase of the team is based on his movements, concluding or pocketing for the insertions of the midfielders by talking in the strait.

-First press: the # Barça implements a very high and continuous pressure with precise references to man that create pairs that are clearly visible across the board. In this context, as previously mentioned, it is interesting to note the job of Eric Garcia who in the phase of non-possession leaves the position of right-back and comes inside the field. The right-back position in this phase is then covered by the side wing who moves back to provide cover.

Central area: Barcelona's 3-man midfield is extremely elastic, Busquets remains the reference blocked in front of the defense but the other 2 midfielders in both phases are very mobile.