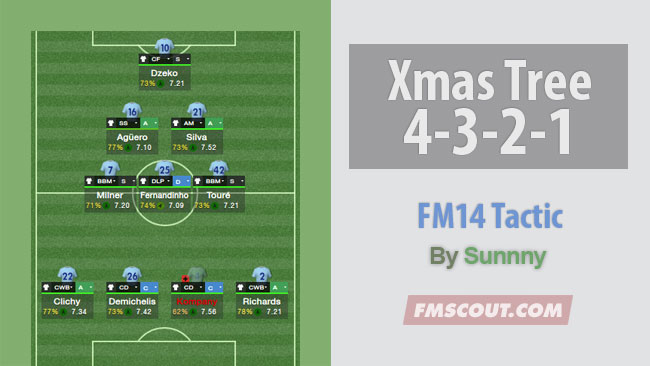 The 4–3–2–1, commonly described as the "Christmas Tree" formation, has another forward brought on for a midfielder to play "in the hole", so leaving two attacking mids slightly behind the most forward striker. Most of the goals and creativity come from these three offensive players.

Terry Venables and Christian Gross used this formation during their time in charge of Tottenham Hotspur. Since then the formation has lost its popularity in England. It is however most known for being the formation Carlo Ancelotti utilised on and off during his time as a coach of Milan.

Central Defenders-Cover
Need to be good in the air and decent pace. They will cover for the wing backs when required.

Complete Wing Backs-Attack
Needs good stamina and work rate along with pace and crossing, as they will be going up and down the field the whole game and are the only ones providing wing support. They are an important part of the attack in this formation.

2 Box to Box mids-Support
Require physical presence and decent passing skills. They are the engine of this formation.

Deep Lying Playmaker-Defend
Requires good passing and defensive skills. He will be the one picking the ball up from defenders and playing it forward.

Complete Forward-Support
A Drogba-esque player who can head the ball, play in the two attacking mids and score goals when presented with a chance.

The wing back and the 3 offensive players are the source of creativity and goals, specially the front three with the midfield three offering support in both attack and defence. So getting the right players as your offensive three is critical.

I have tested this formation with Tottenham and Man City and got good results in terms of both goals and clean sheets. Though, it gets into full flow once its completely fluid and your player's morale is good. Be patient with it and you will start getting consistent results after October in your season.
I lost my saves but I have the screen shot of my formation from my ManCity save. 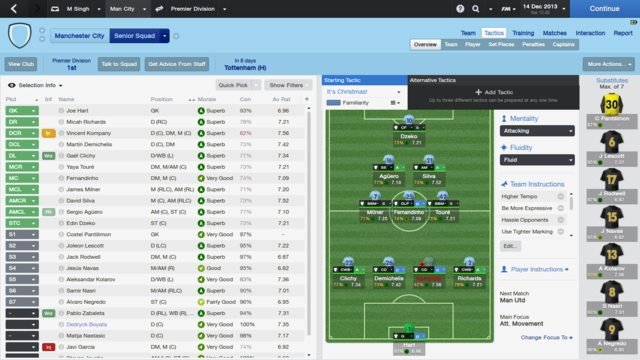 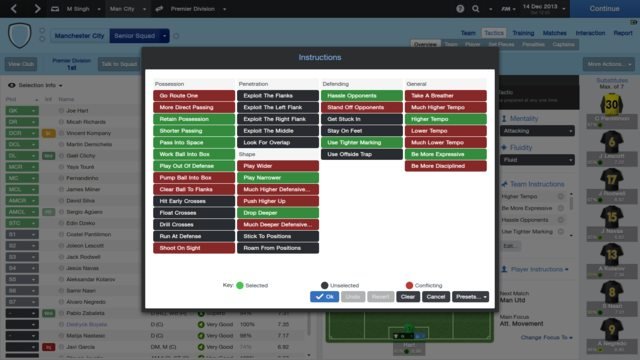 When playing at home I start with Attacking mentality and switch to Control if my team is not able control the ball much.
Away from home I start with Control mentality and switch to Attacking if my team is getting a lot of the ball.
While trying to defend a lead later in the game switching to Defensive or Contain mentalities with waste time shout can be helpful.

I hope you like my tactic as this my second attempt at making a tactic. I hope it works out for you and I would love to get some feedback on this Tactic and any suggestions for improvements.