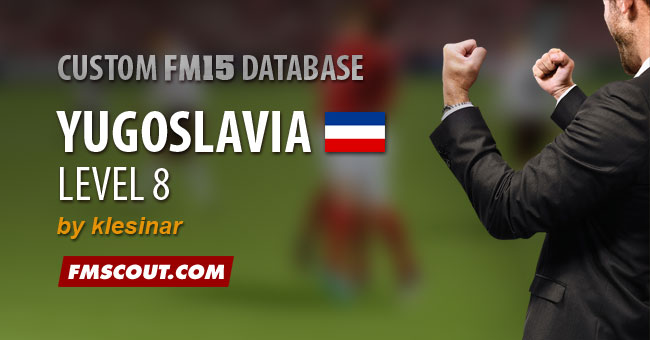 Yugoslavia' (Serbo-Croatian, Macedonian, Slovene: Jugoslavija, Југославија), once spelled and called "Jugoslavia", was a country in Southeast Europe during most of the 20th century. After an economic and political crisis in the 1980s and the rise of nationalism, Yugoslavia broke up along its republics' borders, at first into five countries, leading to the Yugoslav Wars.

How to add Yugoslavian leagues on FM15