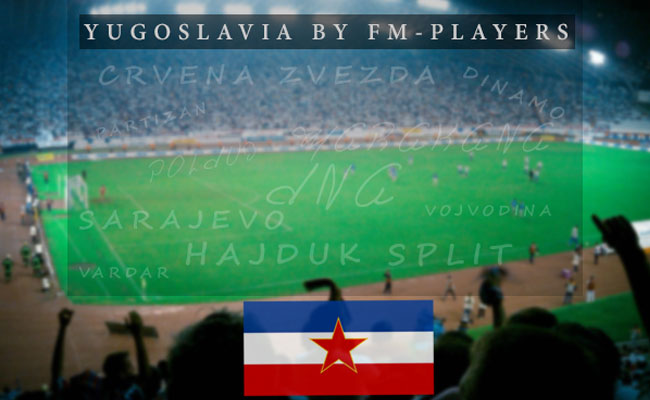 For DOWNLOAD finally arrives the most wanted addition in Serbia, Croatia, Bosnia and Herzegovina, Macedonia, Montenegro, Slovenia, and other countries.

The revival of the East continues in that Yugoslavia was re-activated, and under the flag of Yugoslavia right now are ALL clubs, cities, regions, stadiums from all six republics which gives the most realistic and best made Yugoslavia ever.

When I wrote what was it changed everything we should between 60 and 80 000 letters to describe it all, so why here briefly what brings you all this addition:

Competitions are named after some companies, such as today's Ex Yugoslavia names and awards are named after players and people who have contributed to the development of Yugoslav football. There have been made for TV transmits league, the money from television transmission and final position in the league at the end of the season.

There's still a lot of things, but let it be a surprise.
Tomorrow awaits V.2 - UTOPIA.

Extract the downloaded file Yugoslavia+by+FM-Players.net+V.1.rar using 7-zip for Windows of The Unarchiver for Mac.

Start a new career game (won't work with classic mode).
A little pop-up window will come up that says there is 1 enabled editor file. Click OK.