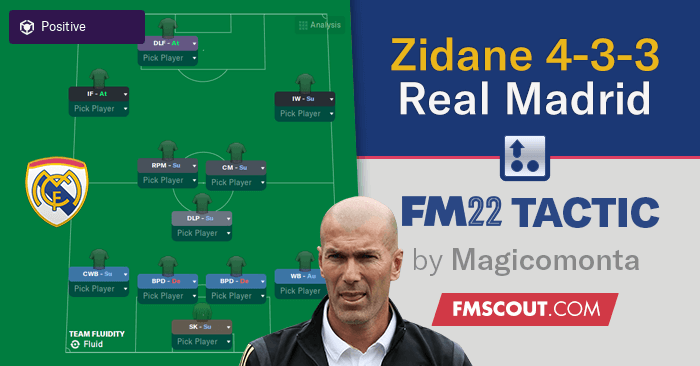 Unlike many Spanish teams, including Barcelona, ​​the ball is not exaggerated. The key concepts of the game are the search for external players and verticalization in depth.

The position of the center forward is particularly interesting. Zidane has changed the tactical attitude, Benzema, in fact, although starting from the central position, tends to vary and widen on the left side of the Madrid attack, thus favoring the cut towards the center of Cristiano Ronaldo.

The move, extremely intelligent, is aimed at disorienting the central opponents, who could be tempted to follow Benzema's movement, and has favored the insertion of the Portuguese number 7, launched at speed towards the center of the penalty area.

Both Carvajal and Marcelo use the ball loop to attack the weak side or, simply, overlap, giving the ball carrier an additional possibility of unloading on the wing.

The movement to attack the depth by a half winger is one of the most used options by Real Madrid, with the exception of Cristiano Ronaldo, who is particularly fond of one-on-one.

So far the attacking characteristics of Real Madrid have been analyzed, but it is in the non-possession phase that Zidane has brought the greatest innovations in my opinion. Here his Italian period comes out clearly, since the defensive phase is extremely accurate and reliable.

While not giving up on attacking, Real Madrid remains a team with great balance. Thanks to the filter operated by the midfield, but also and above all to the tactical attitude that Zidane instilled in his men.

Density in the ball area and pressure on the bearer are the main tenets of Real Madrid's non-possession phase, where all players participate in both phases of the game.

All 10 players available to the Marseille coach are enclosed within approximately 25 meters.

The doubling is the weapon that Zidane uses to close the spaces to the opponents, forcing them to one-on-one or to unload backward.

SOURCE OF ANALYSIS AND IMAGES: ASSOANALISI.IT 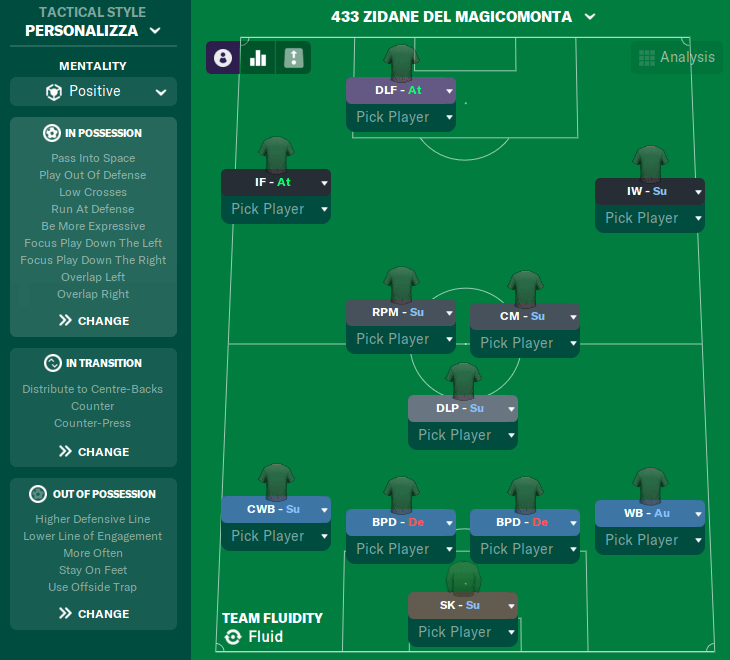 Results of the season:

Champions of LIGA, SPANISH SUPER CUP AND SPANISH CUP
QUARTERS OF CHAMPIONS
CRISTIANO RONALDO 41 GOALS AND 16 ASSIST
BENZEMA 36 GOALS AND 15 ASSIST
BALE 26 GOALS AND 12 ASSIST
CARVAJAL 15 ASSIST
AND AWAY ALL THE OTHERS YOU FIND IN THE VIDEO