Welcome to my first database on this site (it’s only taken me two years). Now, the reasoning behind this is a little complex, but I can assure you that you’ll have hours of fun trying to dominate with the likes of Porto, or try taking St. James’ Gate ‘B’ to the top of the footballing world.

I’d like to introduce to many of you the idea of the Celtic Nations. You’re all probably thinking what the hell are they. Well, the Celtic nations are territories in Northern and Western Europe where Celtic languages or cultural traits have survived. These include Scotland, Wales, Ireland, Northern Ireland and Brittany, in northern France.

So my idea was this – why not create a fantasy nation where all of these teams play against each other. The likes of Celtic pitting themselves against teams like Nantes. Interesting, right?

Well, I did some research on the Celtic Nations, and found that the Celts also populated northern Iberia – more specifically Galicia, Northern Portugal and Asturias. Now, I thought adding those teams would make for a more interesting database – Celta playing Angers, Celtic facing Lorient, some mouth-watering clashes, for sure.

So I set to work, and here we are.

The Celtic Isles, as the fantasy nation has decided to call itself, has a rather large footballing pyramid. In total, 13 divisions, 3 cups and 3 super cups all there for you to get your hands on.

1. With use of this database, there are a selection of leagues you cannot play due to the movement of teams, and subsequent holes left mean the structure does not work. I have no plans to fix this as it would mean doing a complete reshuffle of France, Spain and Portugal. Also, Wales, Scotland, Northern Ireland and Ireland are all completely unplayable.
2. There are no graphics at all of any kind. I will not be making any immediate future.

If there are any other issues or anything else you want to know, comment below or PM me. Otherwise, have fun! 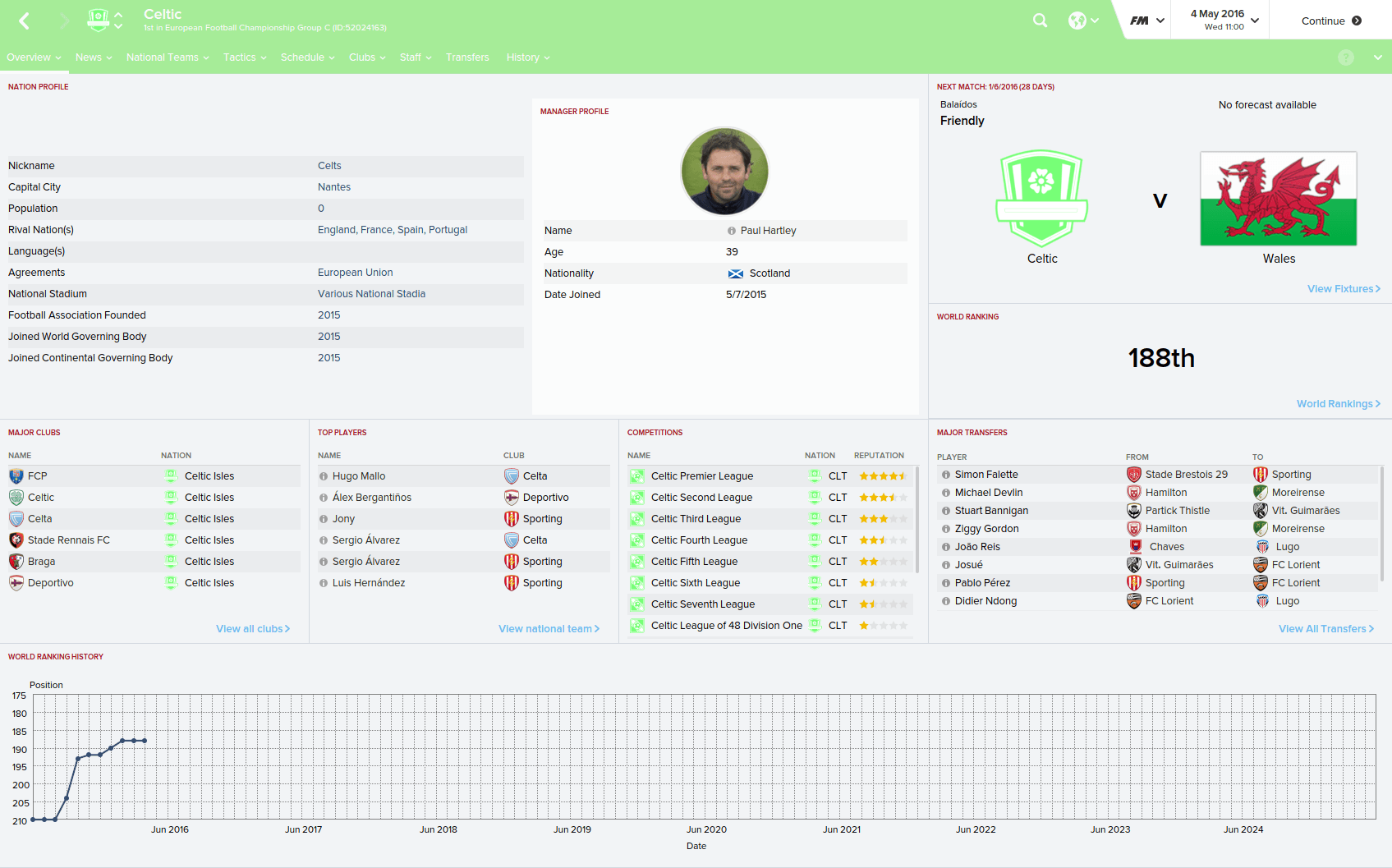 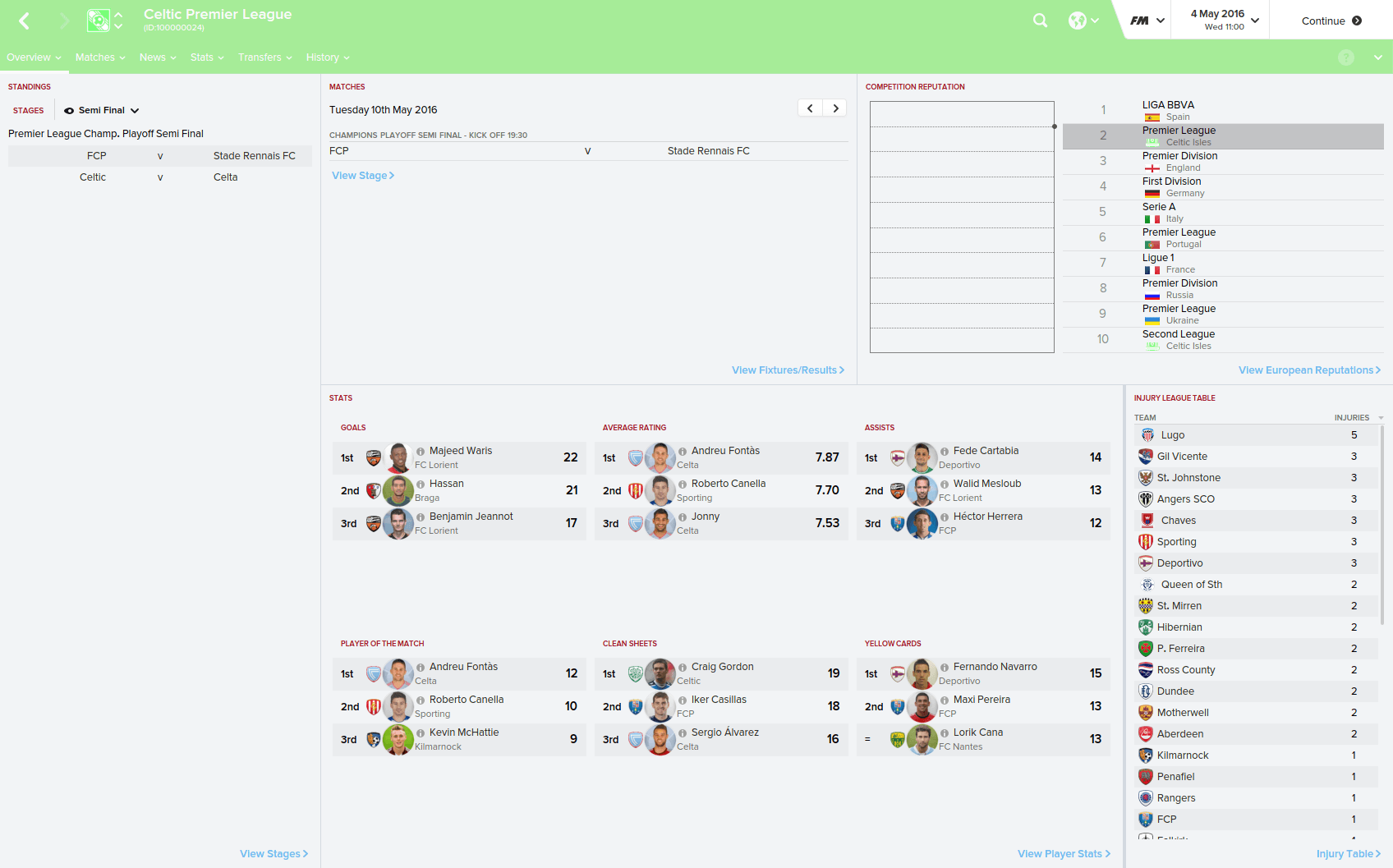 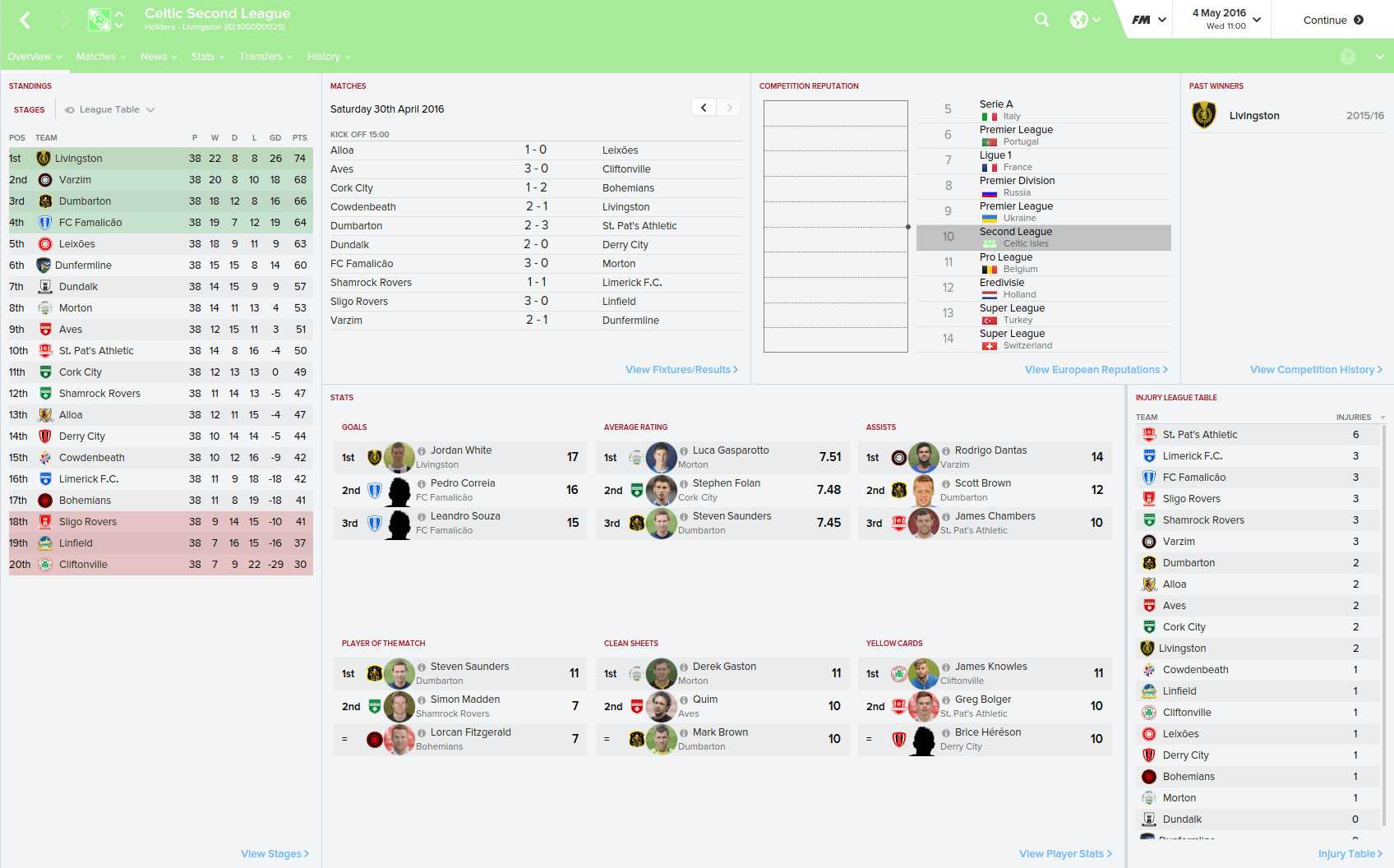 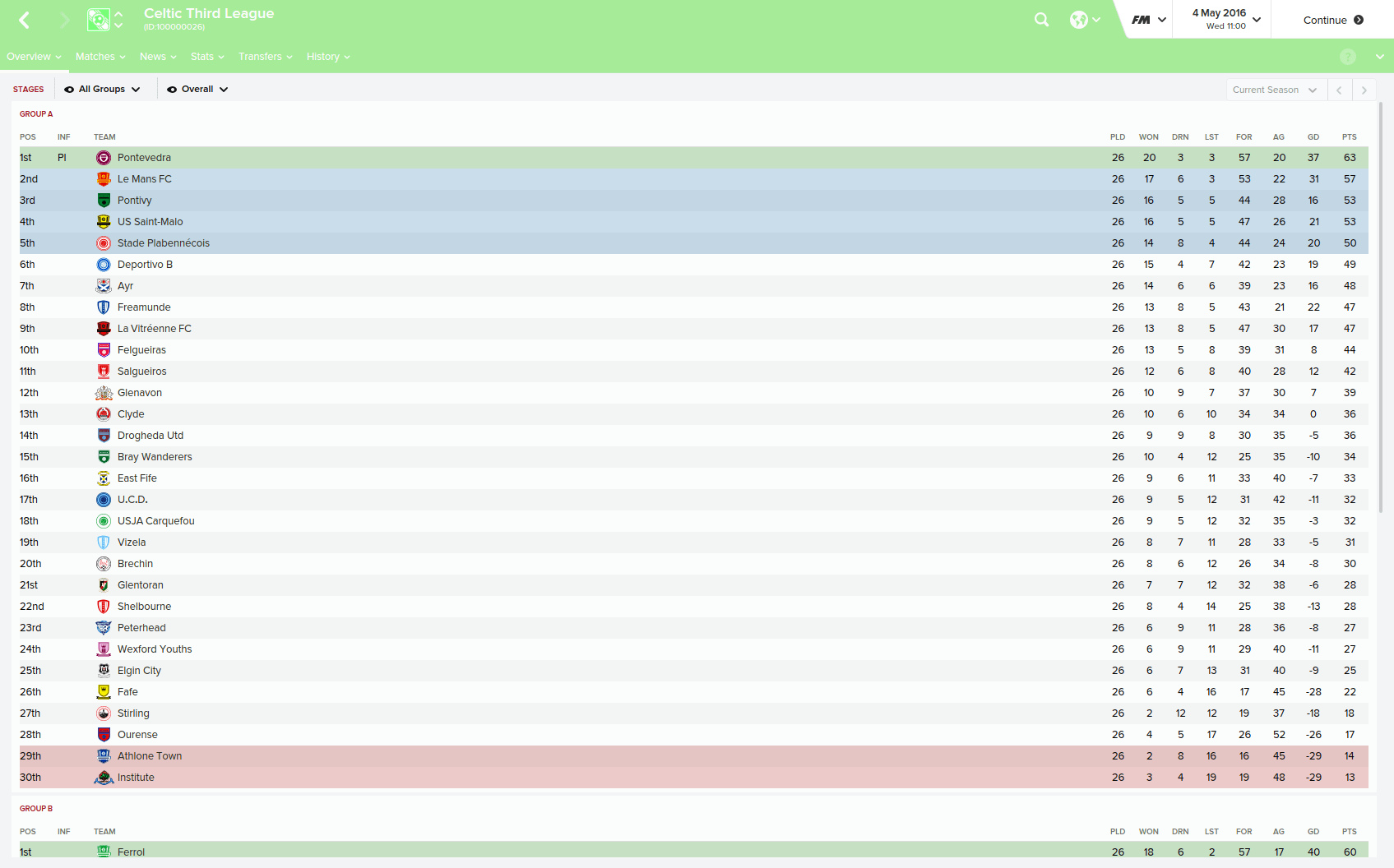 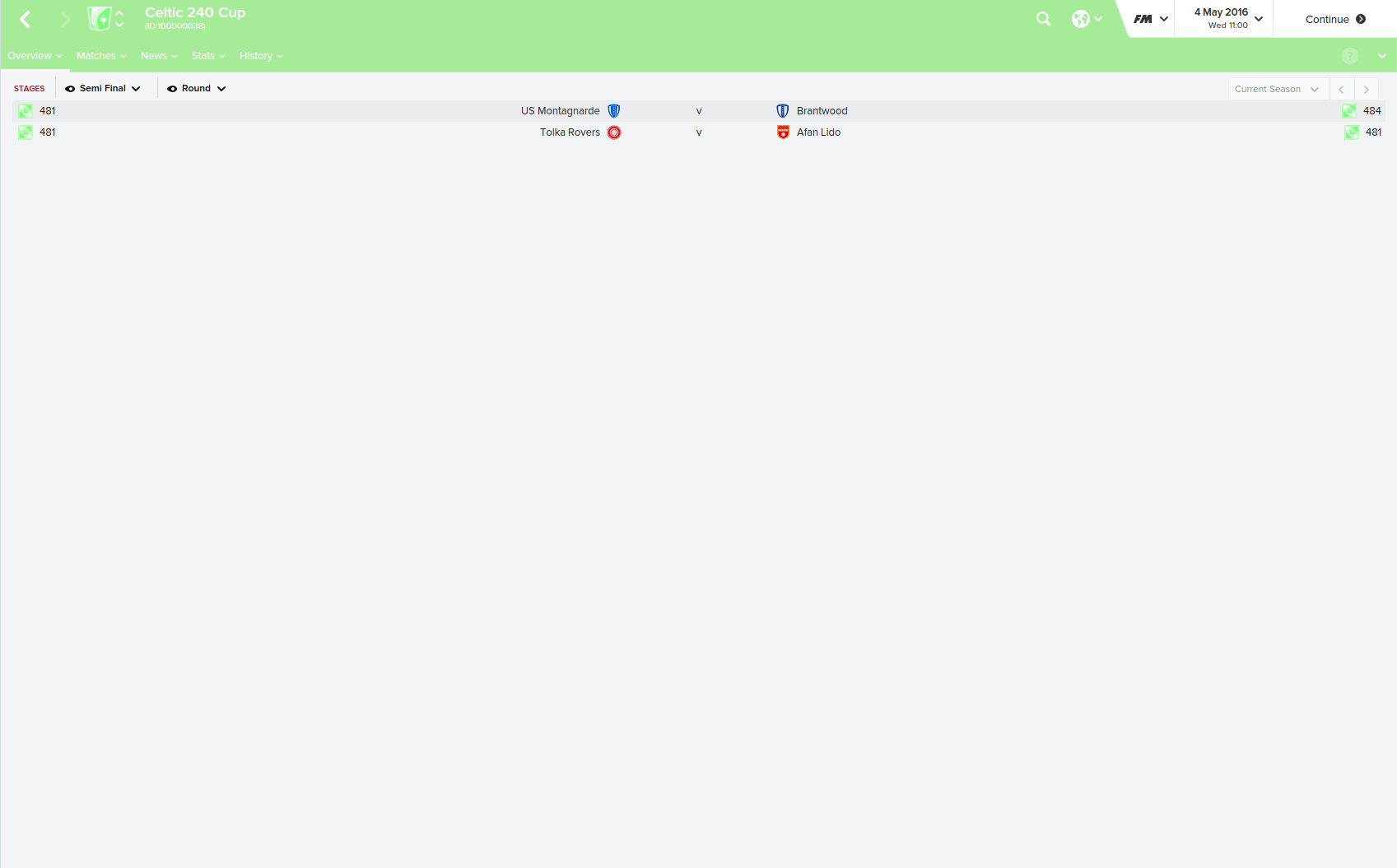 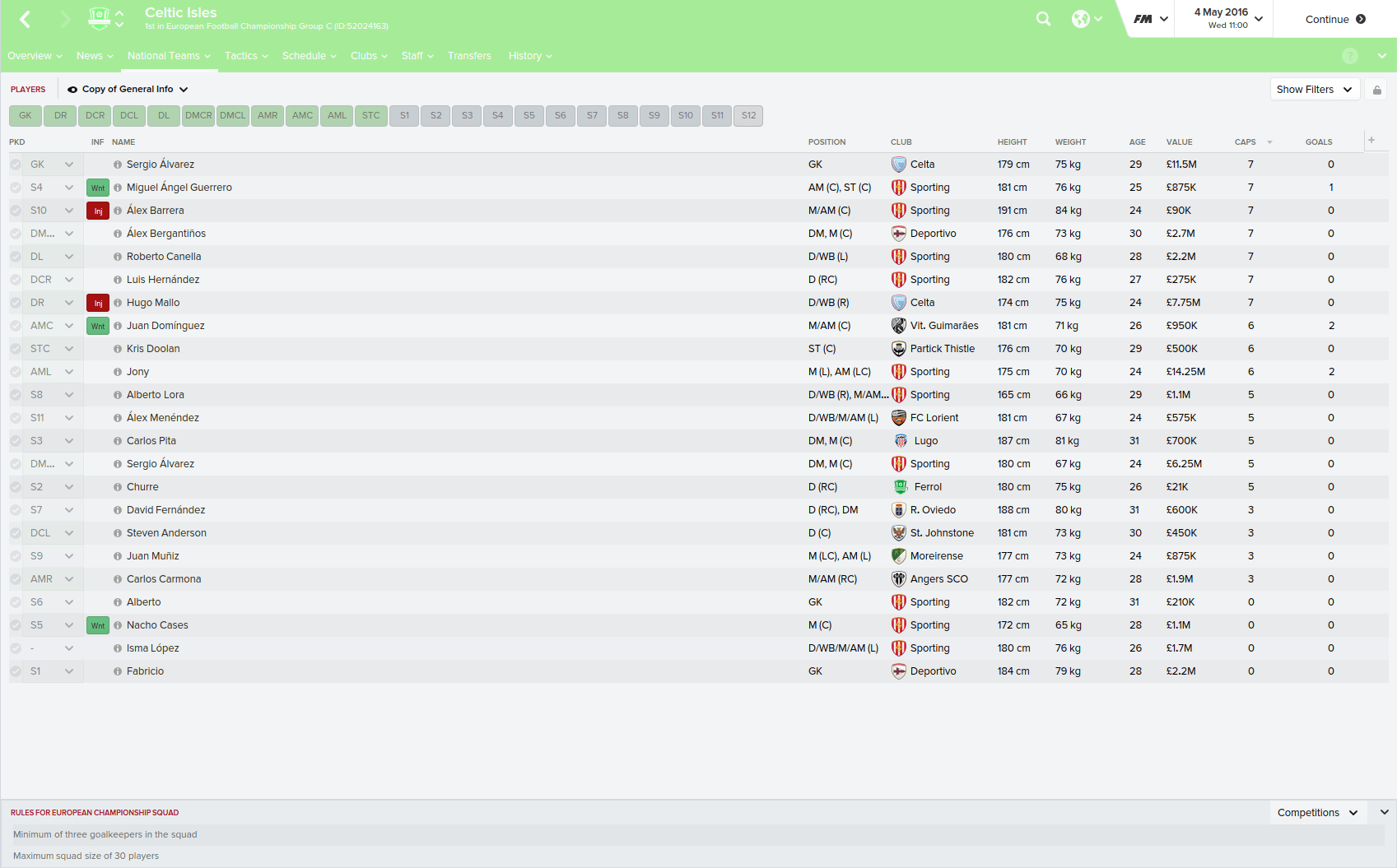 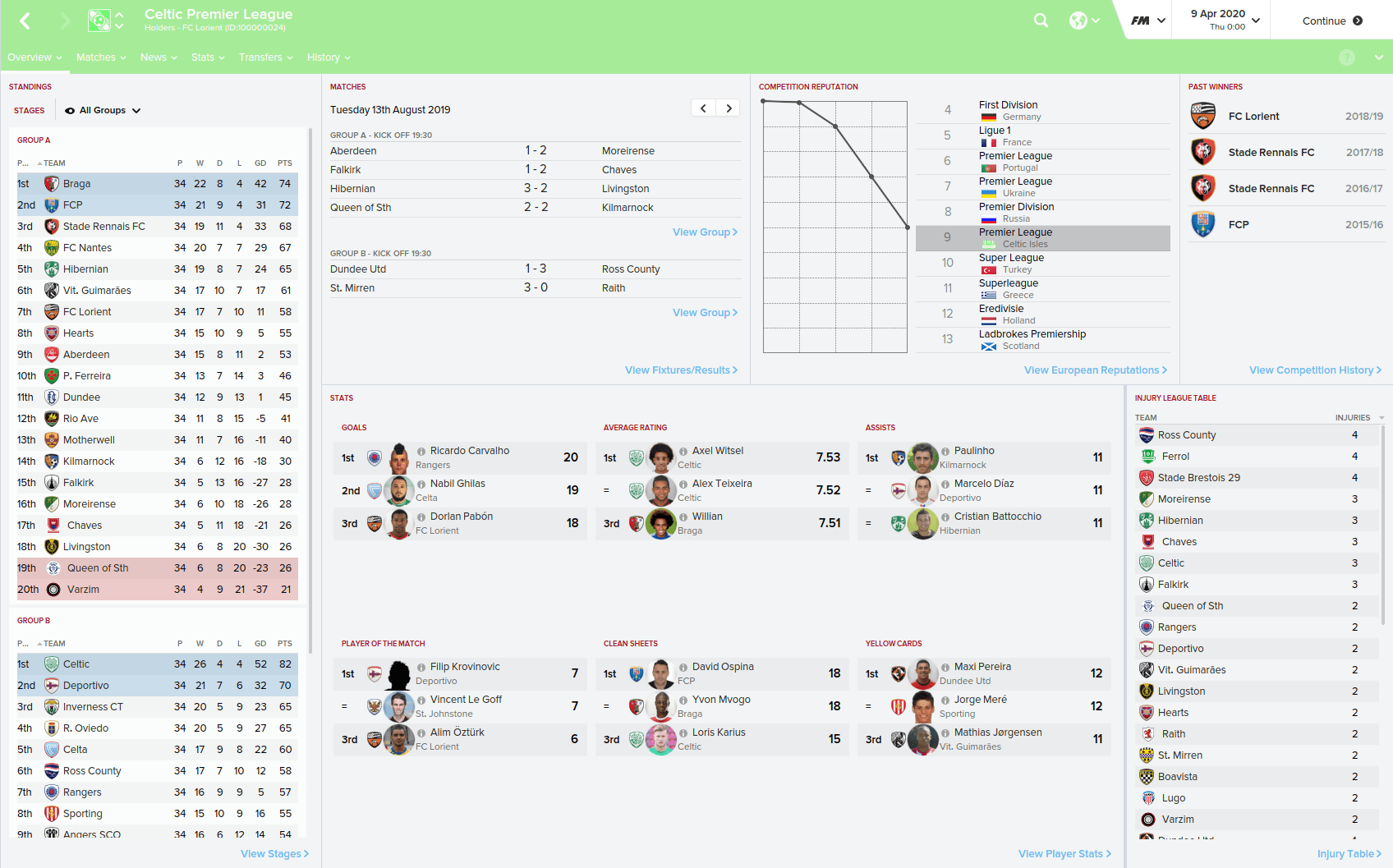 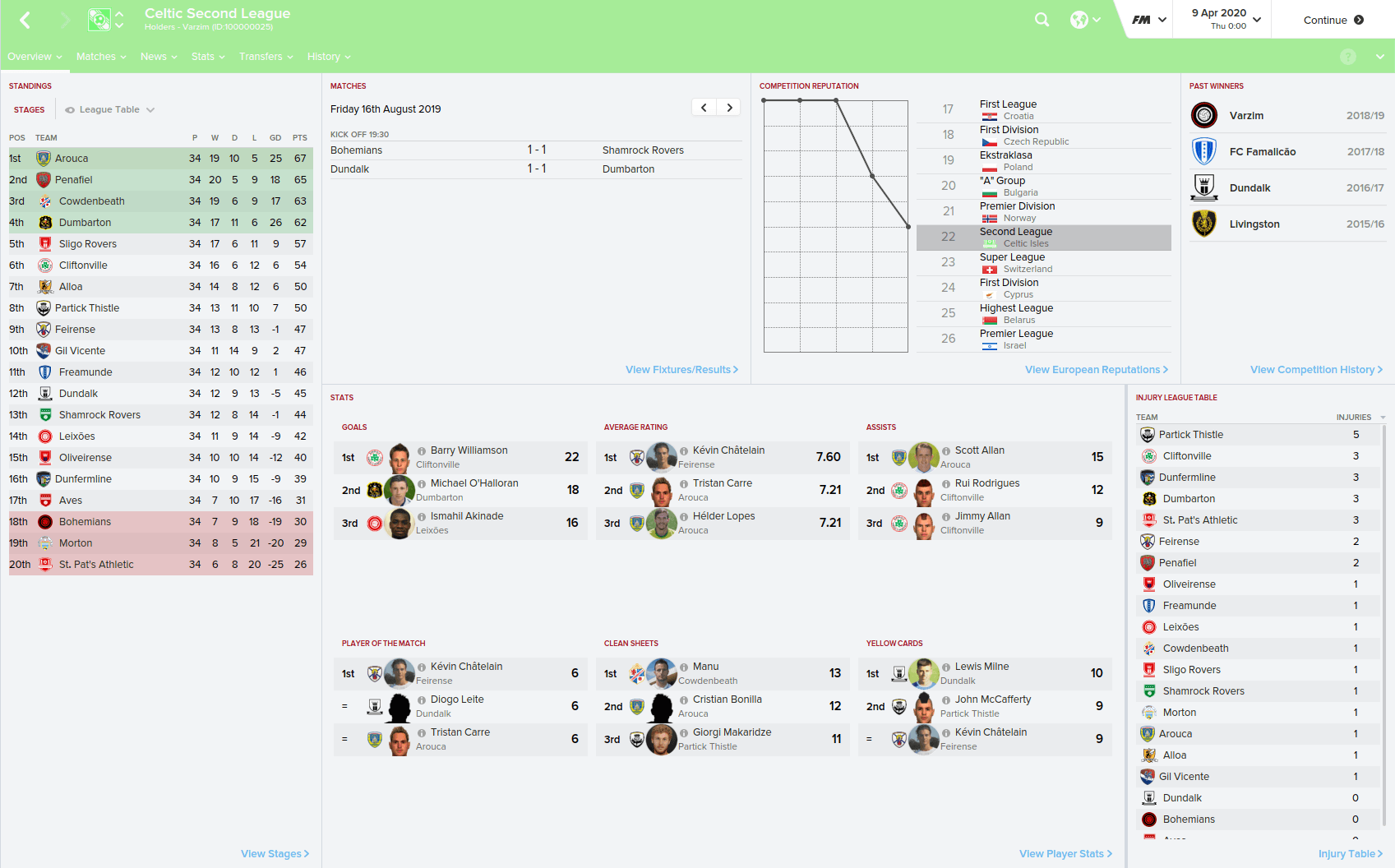 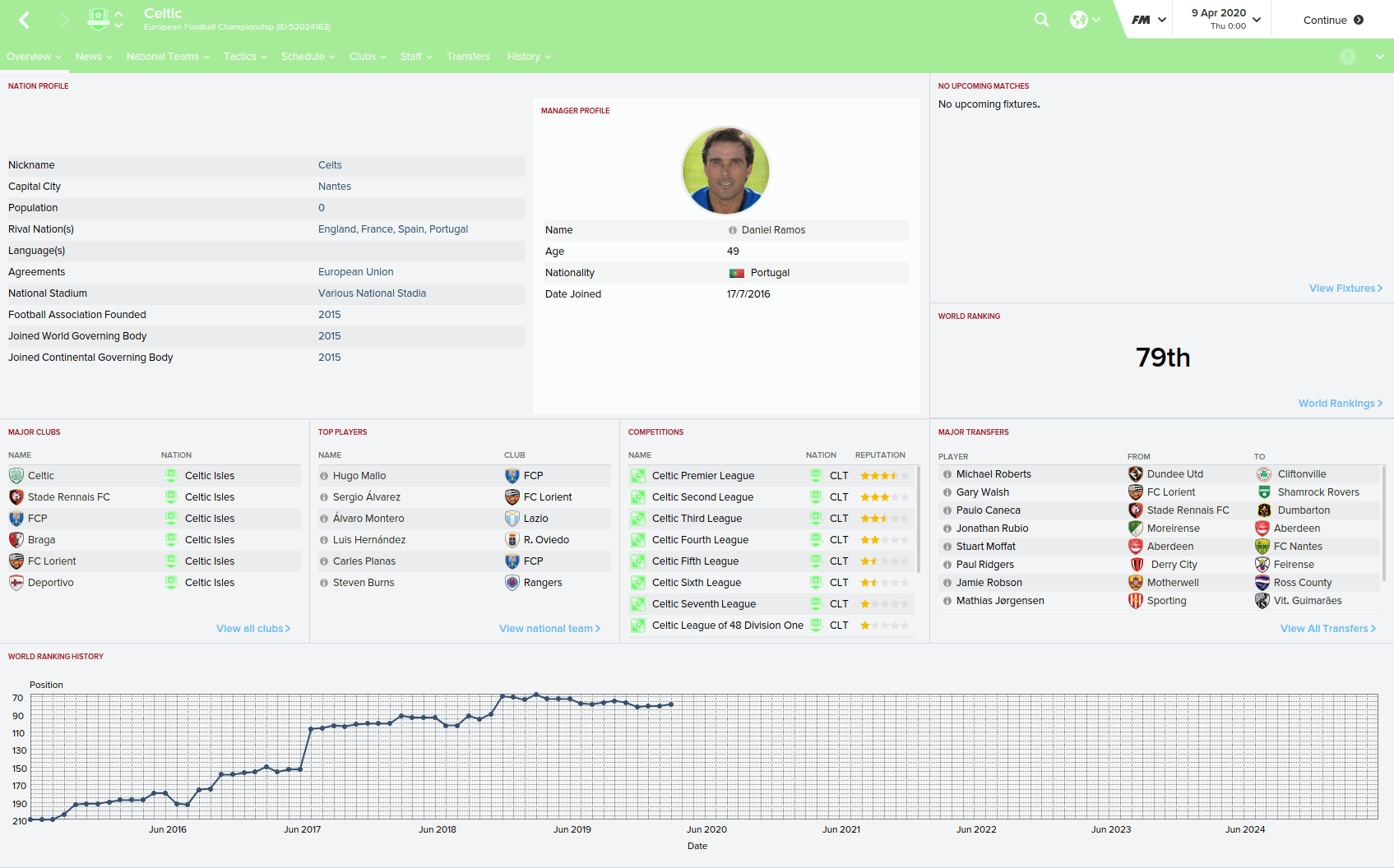 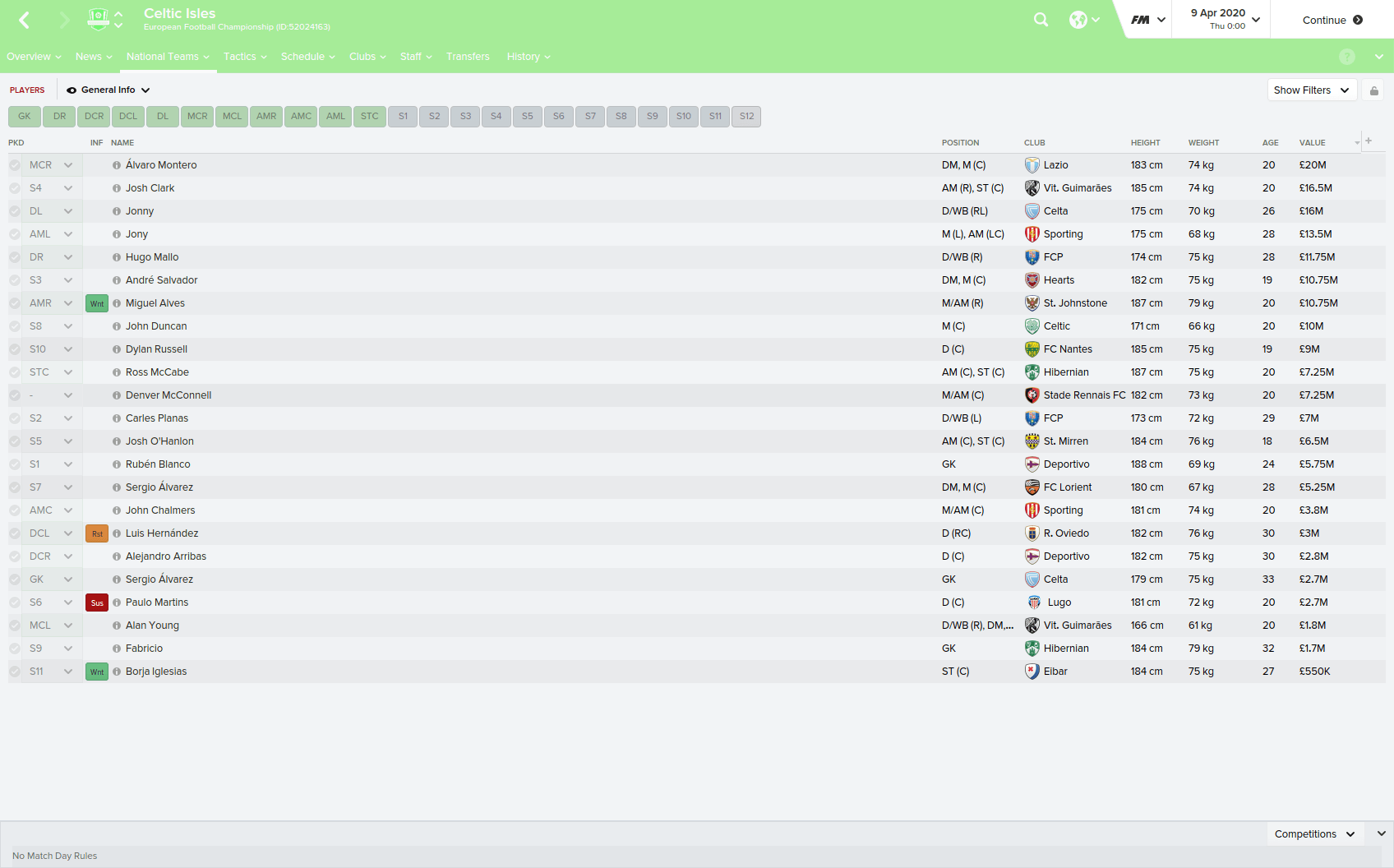 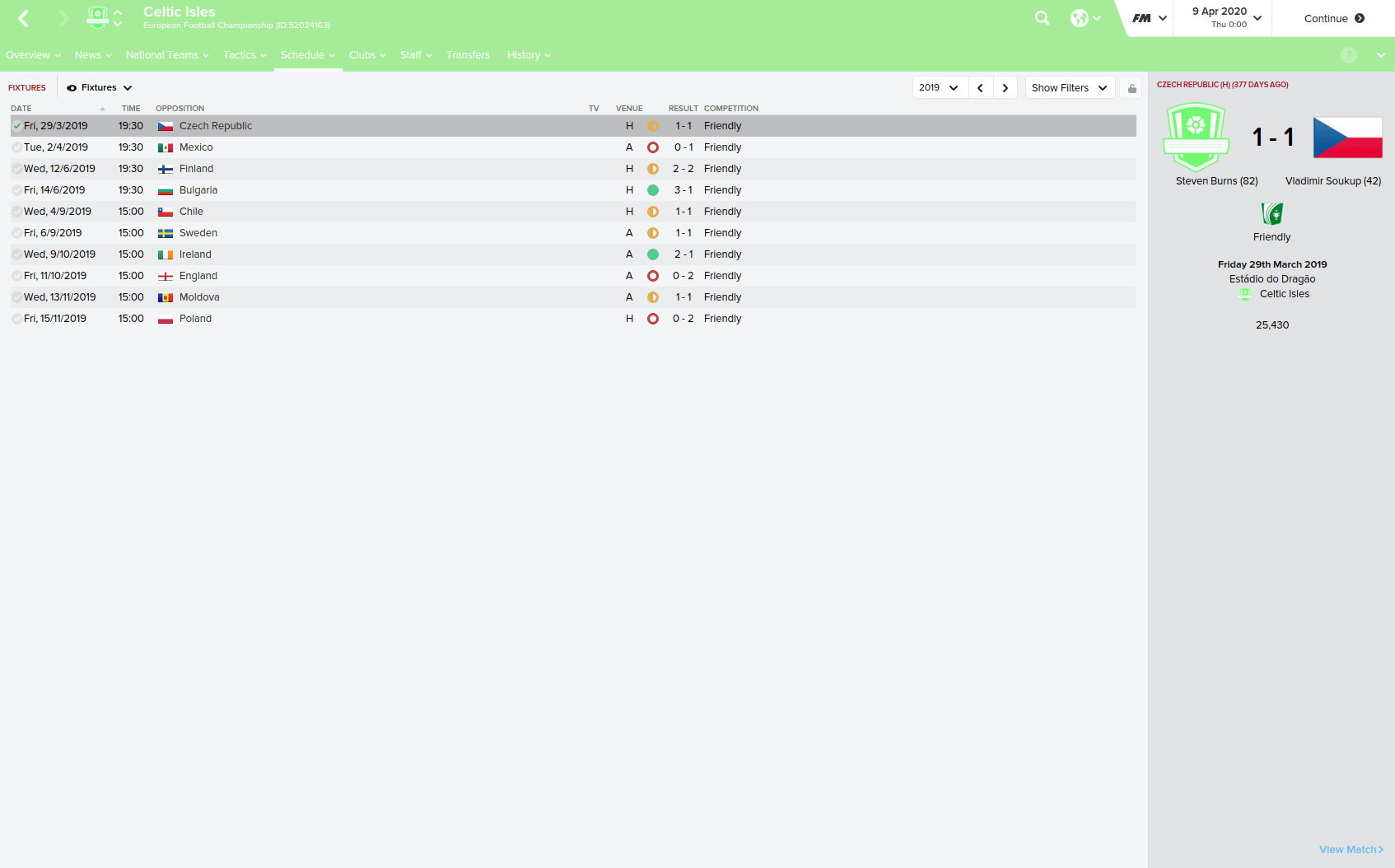 Feel free to redistribute this database on any site. All we ask from you is to give credit to fmscout.com and Tallery, and it is linked to this page. Thank you!

I have a previous version that I made for FM15 that I think you guys may also like. It’s a little different, but the same concept is still there! You can download this here.

*I will not be updating or editing this version*

2. Run Football Manager 2016 and start new save with this database enabled.

Chelsea is in my heart. My blood is blue. FM is my brain. I also happen to make graphics for your stories.