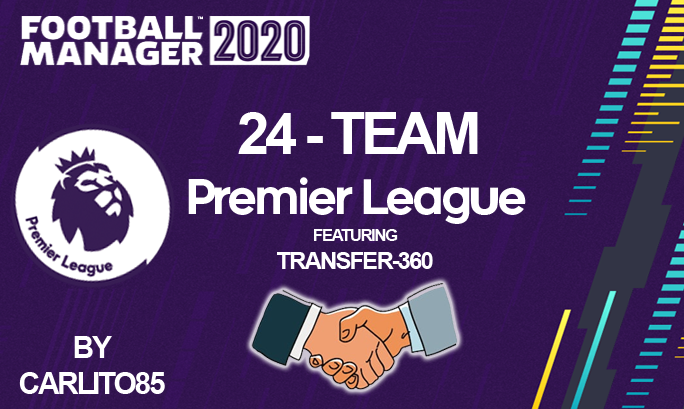 The Premier League has been revamped to include 24 teams, matching up with the EFL. The team finishing bottom will be automatically relegated, while the teams finishing 20-23 will enter an end of season relegation playoff - 2 one-off games at Wembley, with the 2 losing teams being relegated.

Also included is a revamp of the League Cup, which now has an extra round added to the competition to accommodate the extra 4 teams

Finally, the transfer window has also seen a revamp which now allows teams from 34 nations across Europe to operate for 360 days out of the calendar year, with the window opening on June 1st and closing on May 26th. With the exception of the "Transfer-360 - England" file (as the Premier League has its own nation rules for England), the other 33 Transfer-360 files can all be used alongside each other. If you'd prefer to just have the new transfer window without the new Premier League then the file is there to use instead.

This has been tested up to June 2030 and ran without any issues. 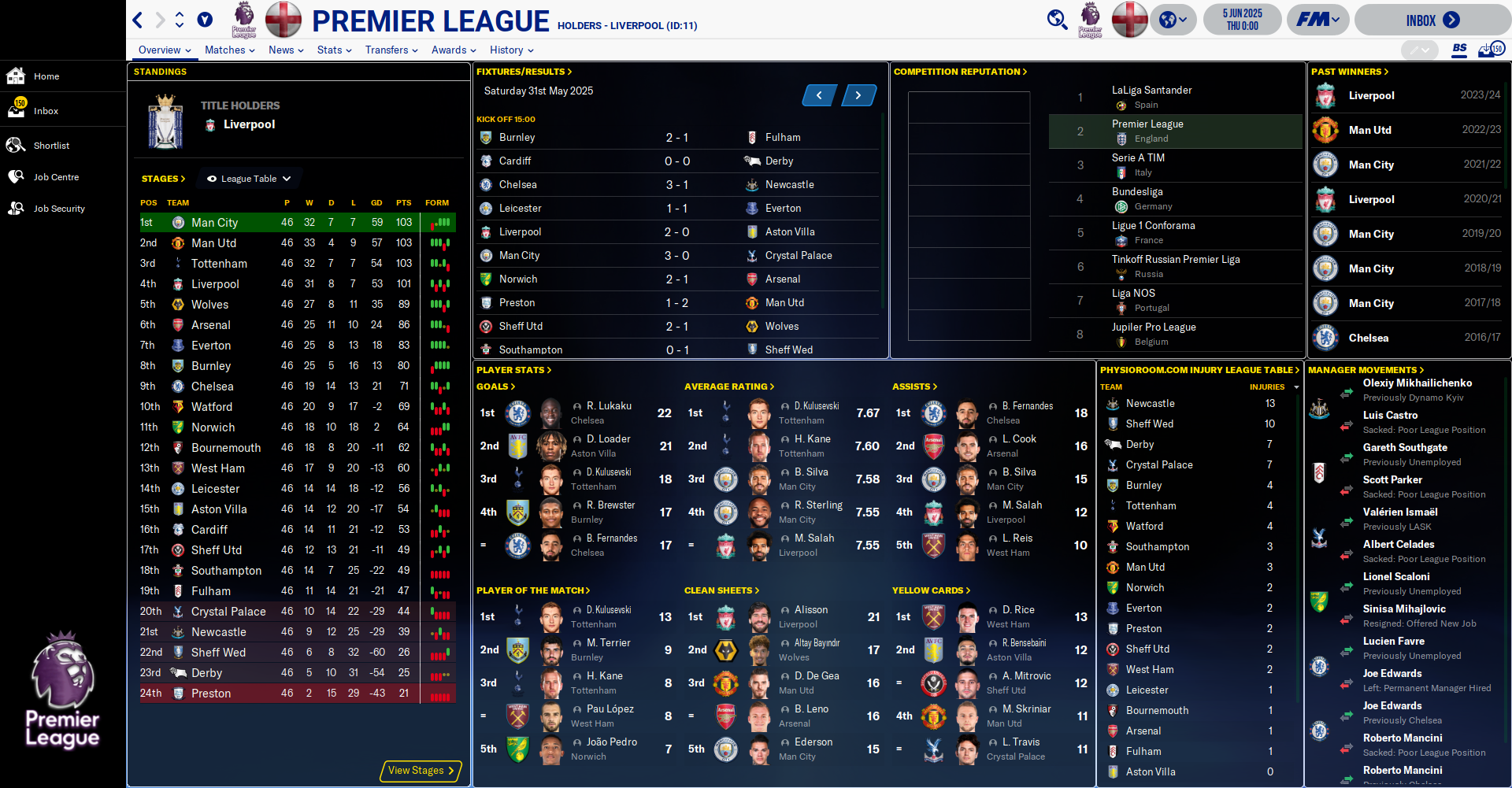 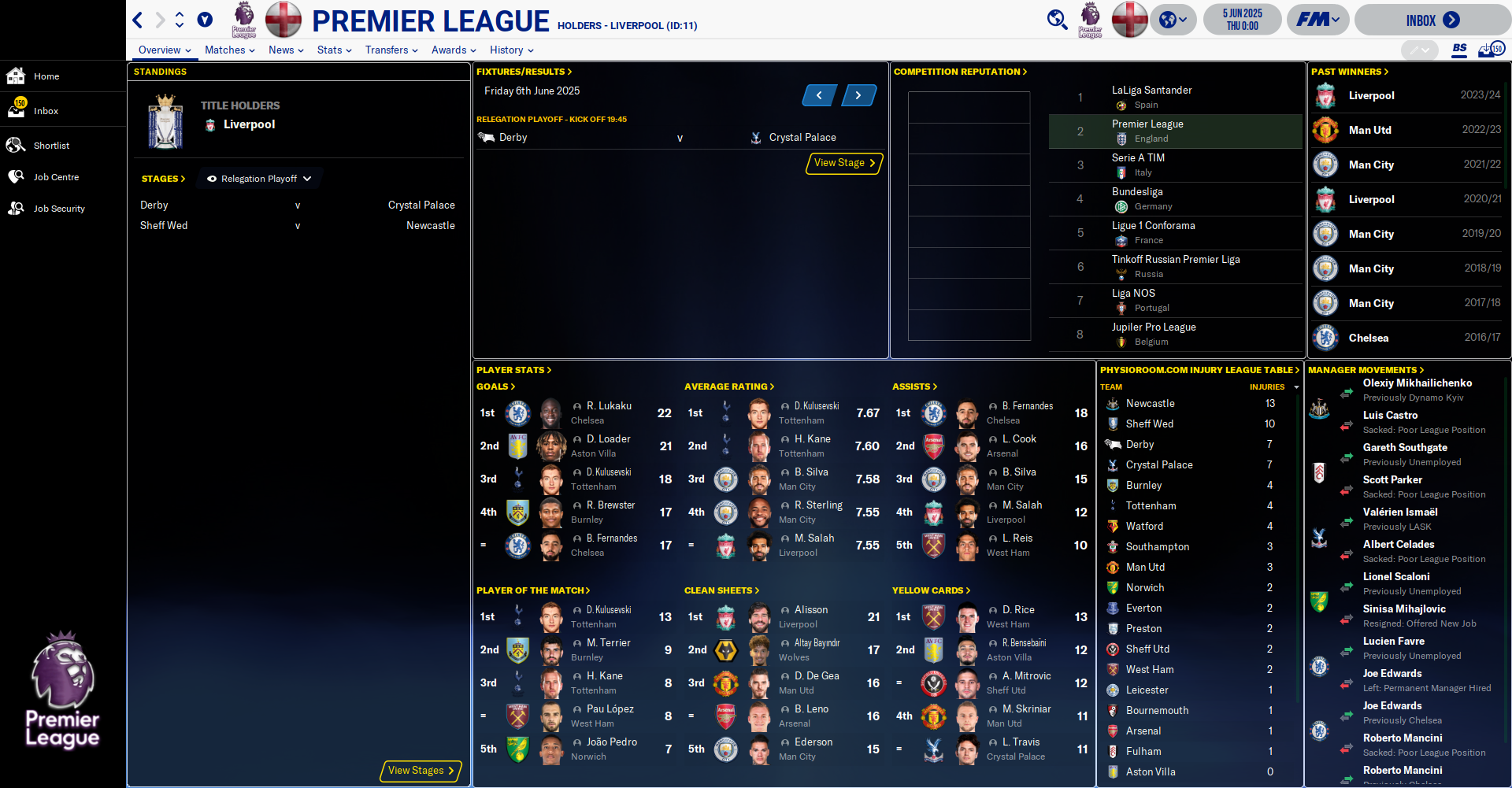 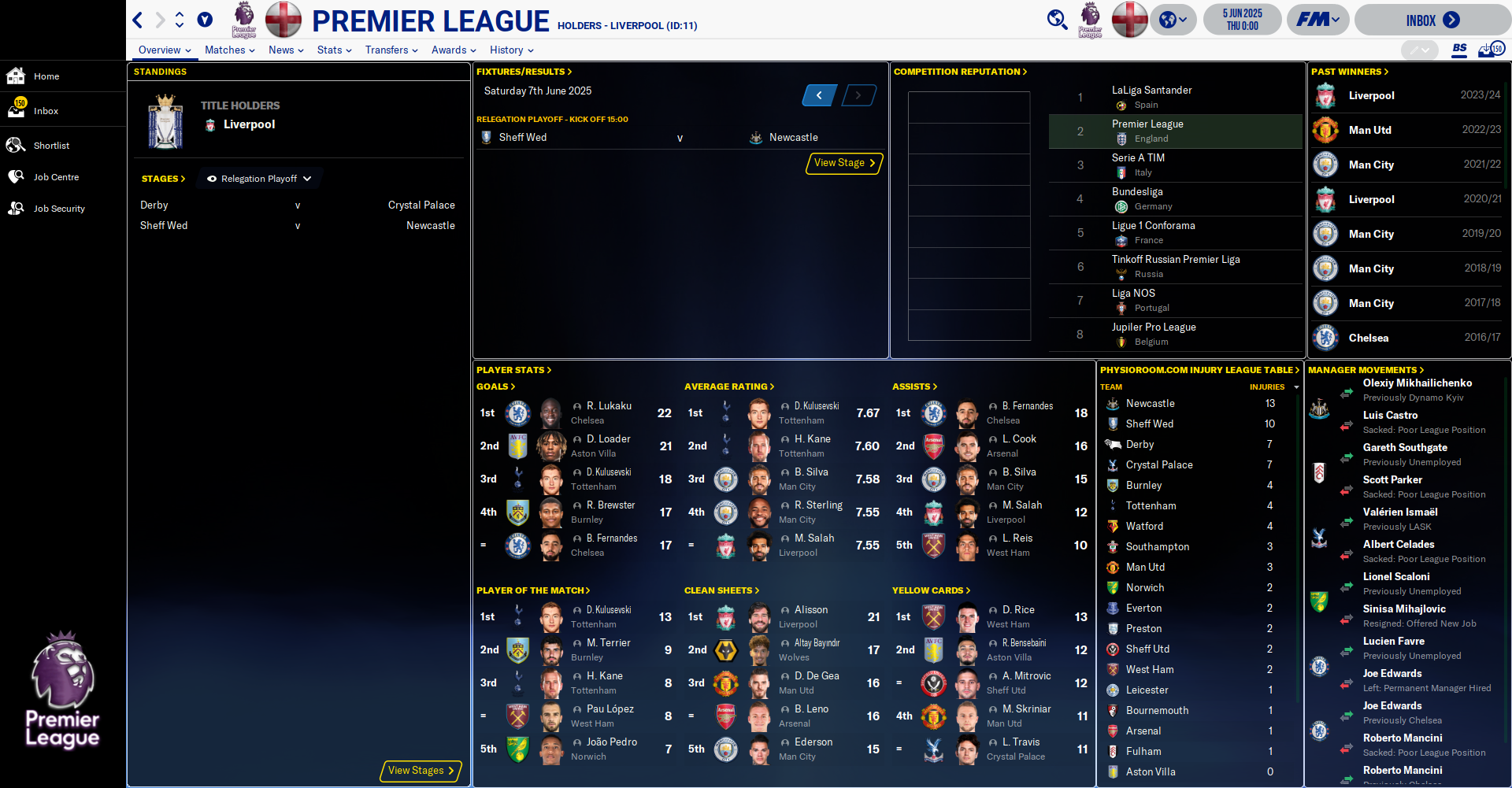 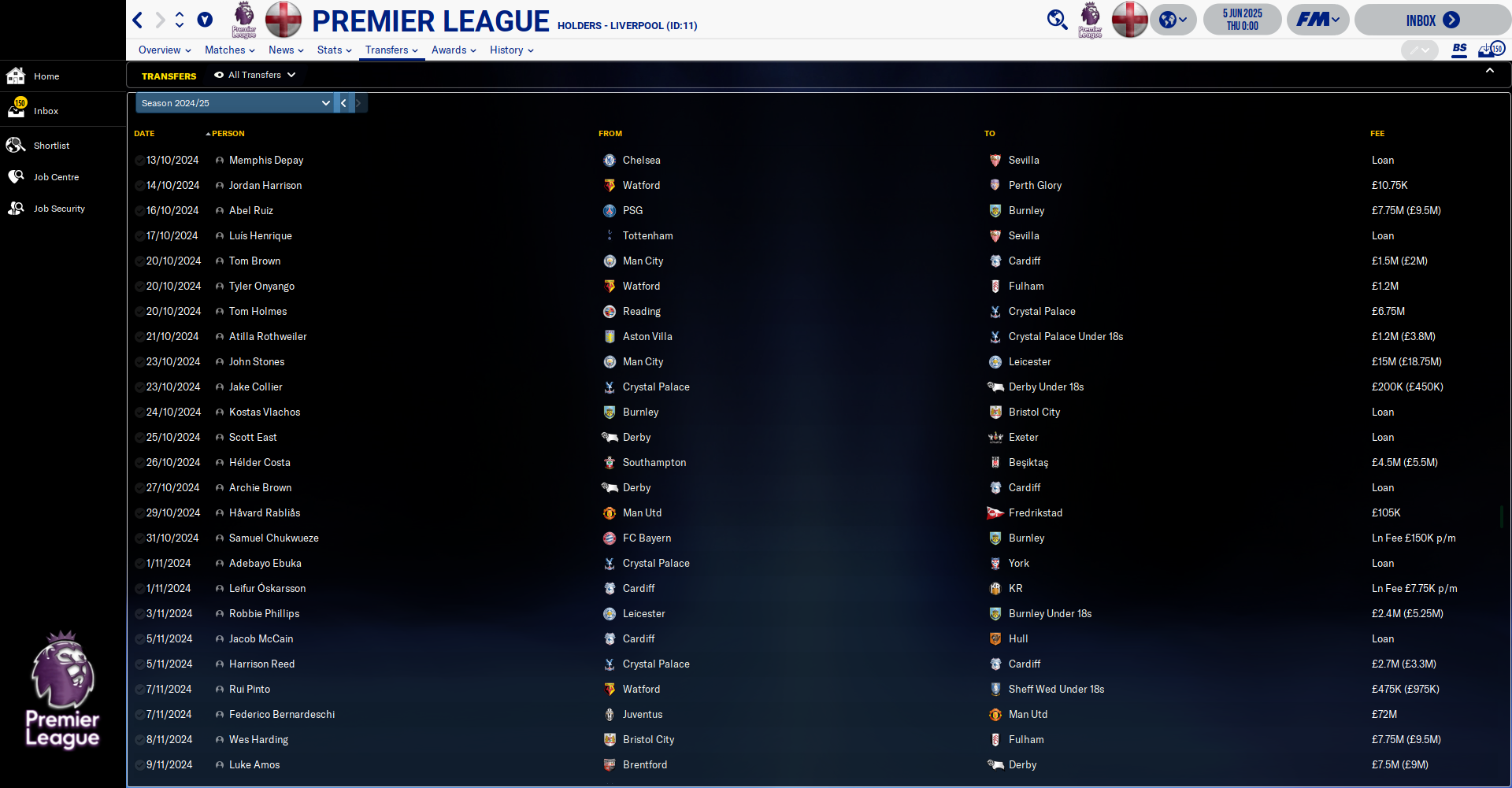 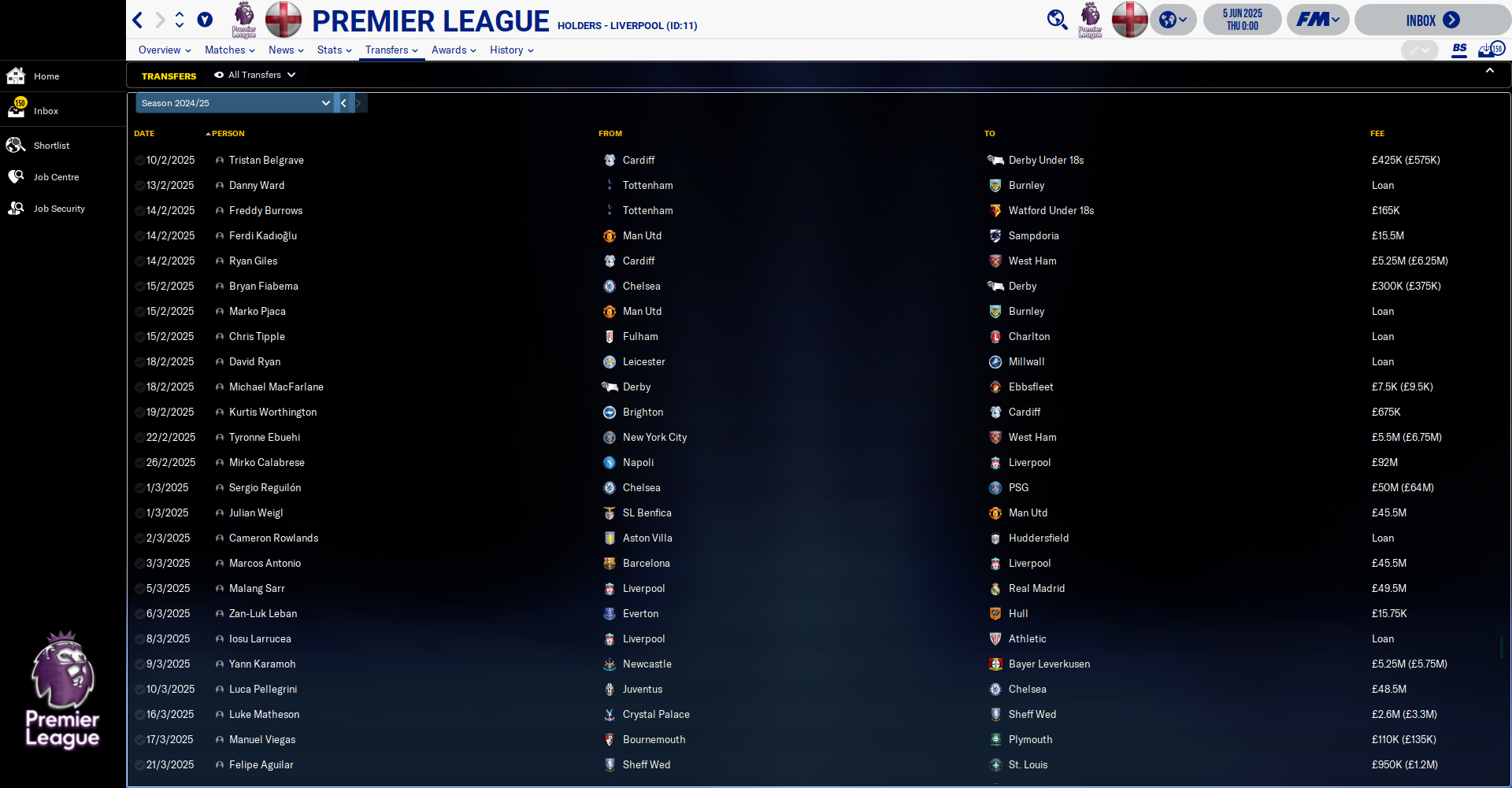 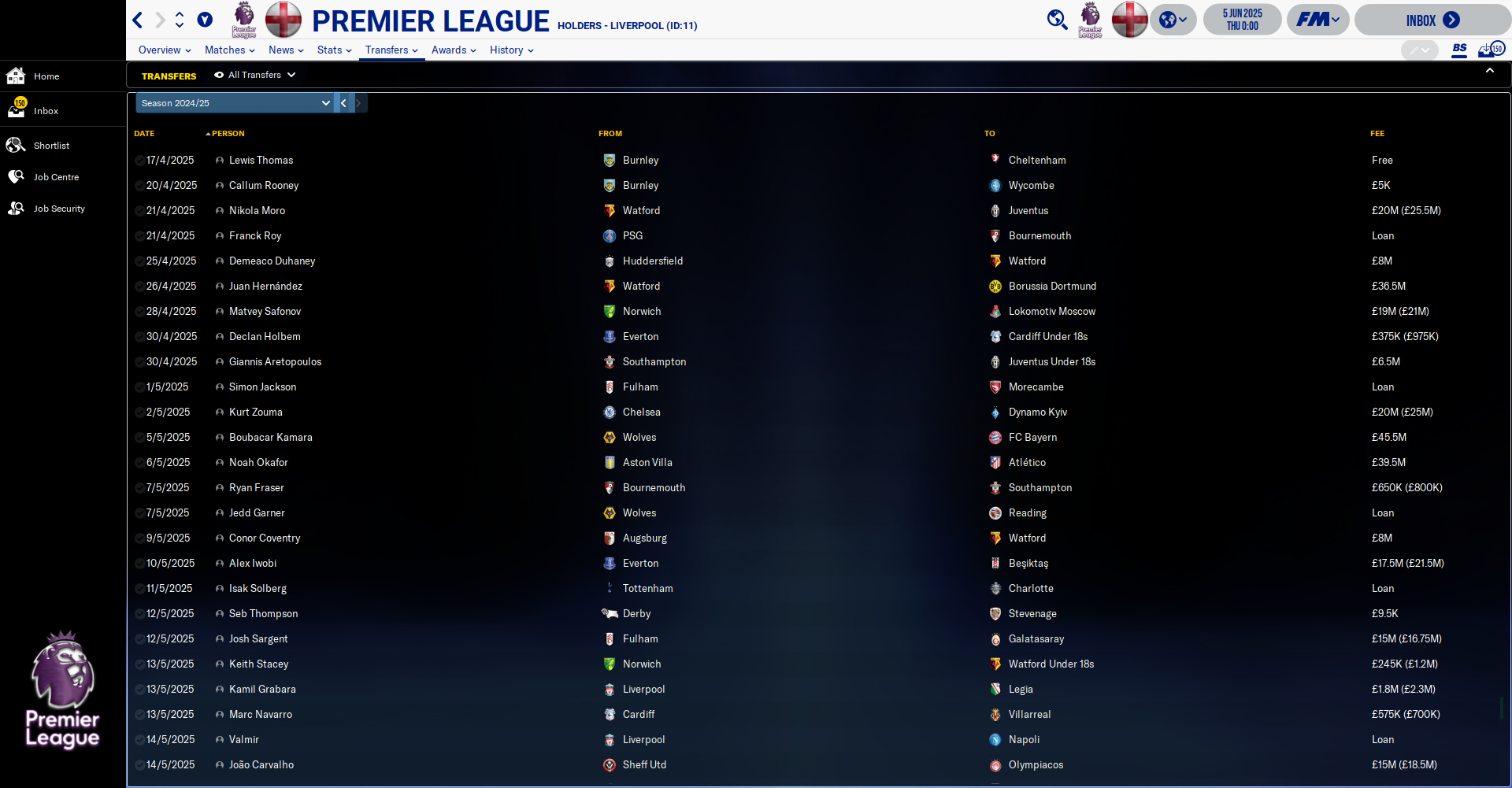