The idea behind this tactic is to build a solid foundation being solid in defence whilst not losing attacking intent. As a lover of all sports, it was a quote by the legendary Shane Warne which inspired this tactic, he stated that when he bowled he would attack using a defensive field. I then set about implementing this into Football Manager.

To bring this idea to life I settled on using a withdrawn 4-2-3-1, the attacking midfielder became a central midfielder and the central midfielders dropped into the defensive midfield to form a defensive screen and double pivot. This withdrawn formation plugs the gaps between the midfield and defence, preventing space for the opposition to play in, with the ultimate goal to frustrate and nullify their attacks. 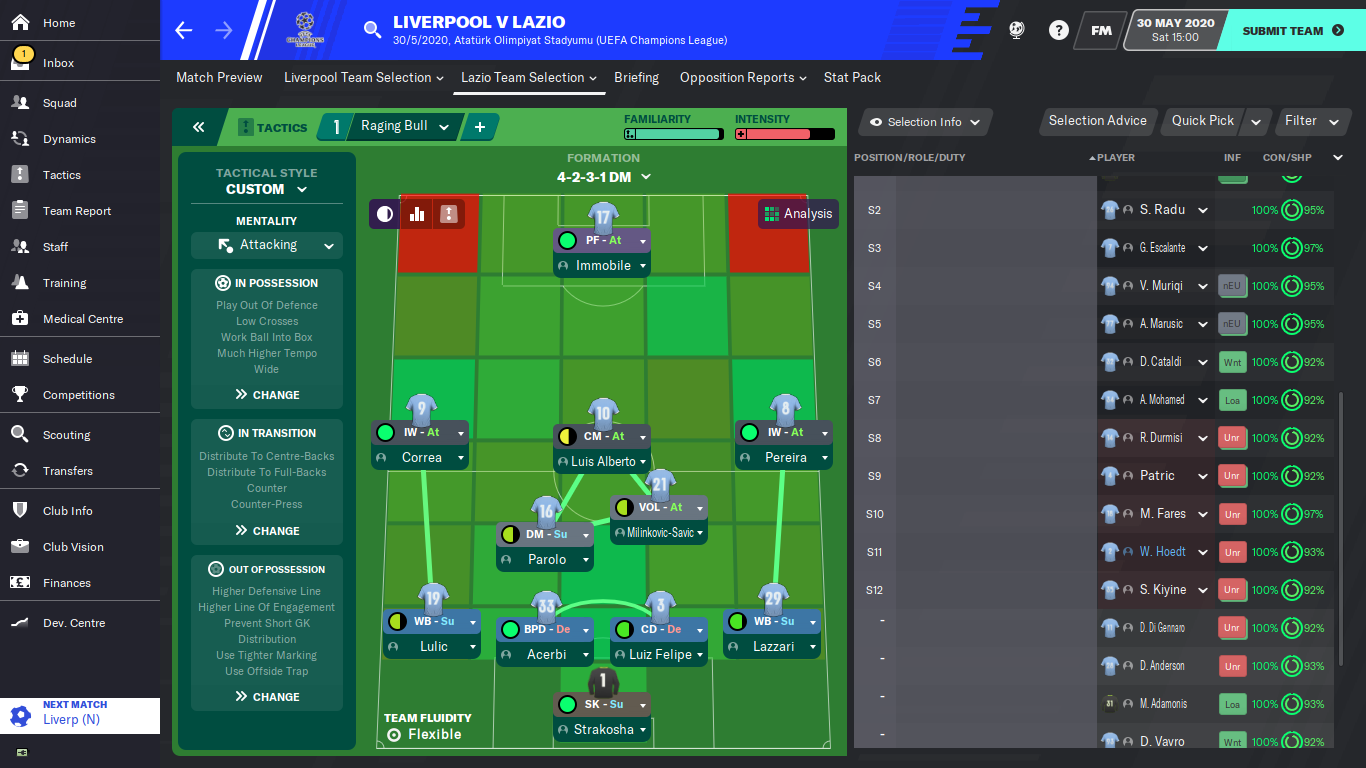 This solid foundation then allows our attacking players to break from deep with intent, the pressing forward occupies the centre backs playing on the shoulder always looking to stretch the lines to create more space for the midfield runners to arrive late to join the attack. He is also comfortable receiving the ball and distributing the ball to the attacking wingers before arriving late into the box to score himself. 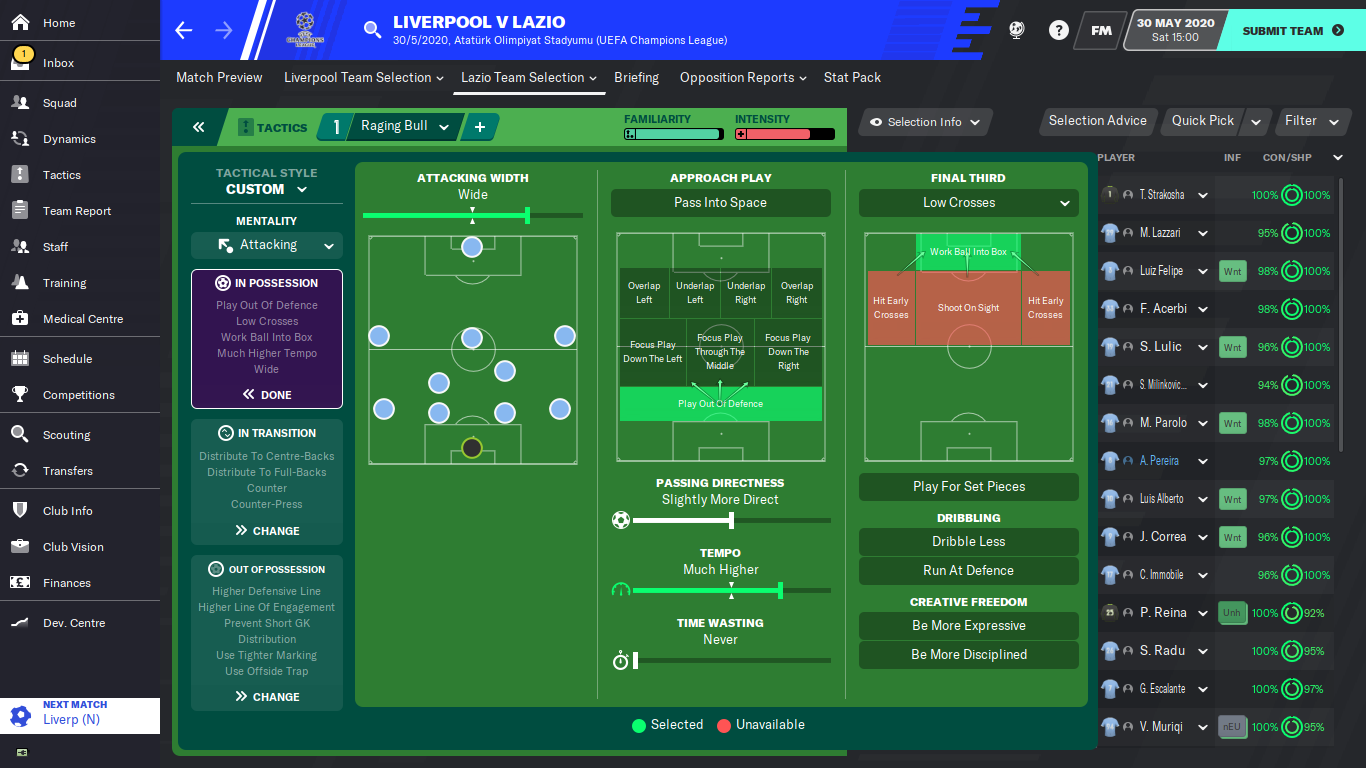 To help provide a platform to build attacks, the team plays out from the back where the BPD can either play the direct ball into the players in space or he could recycle possession through the midfield. To help stretch the pitch the team is instructed to play wide allowing more space for the attacking runners from the midfield to exploit. As this system looks to attack quickly from a structured base, playing more direct with a higher tempo makes more sense with the forward-thinking players given the instruction to roam from position to find pockets of space to support this style of play. 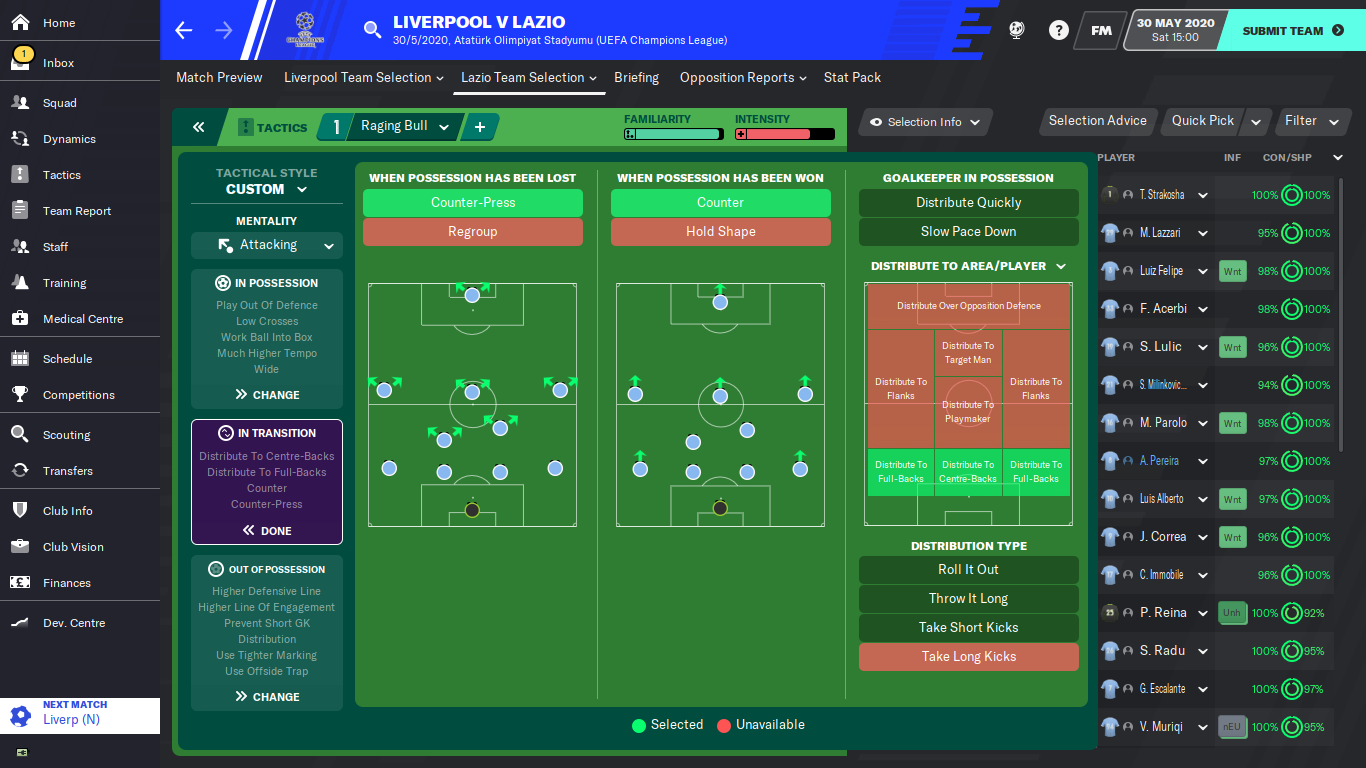 To help with that attacking intent from the solid base, the team is instructed to counter-press and counter in the transition. This shows the opponents that the team although using a structurally solid foundation they were not passive and content with letting teams just dictating the tempo of the game. Countering is essential as it goes hand and hand with the setup breaking from deep quickly. 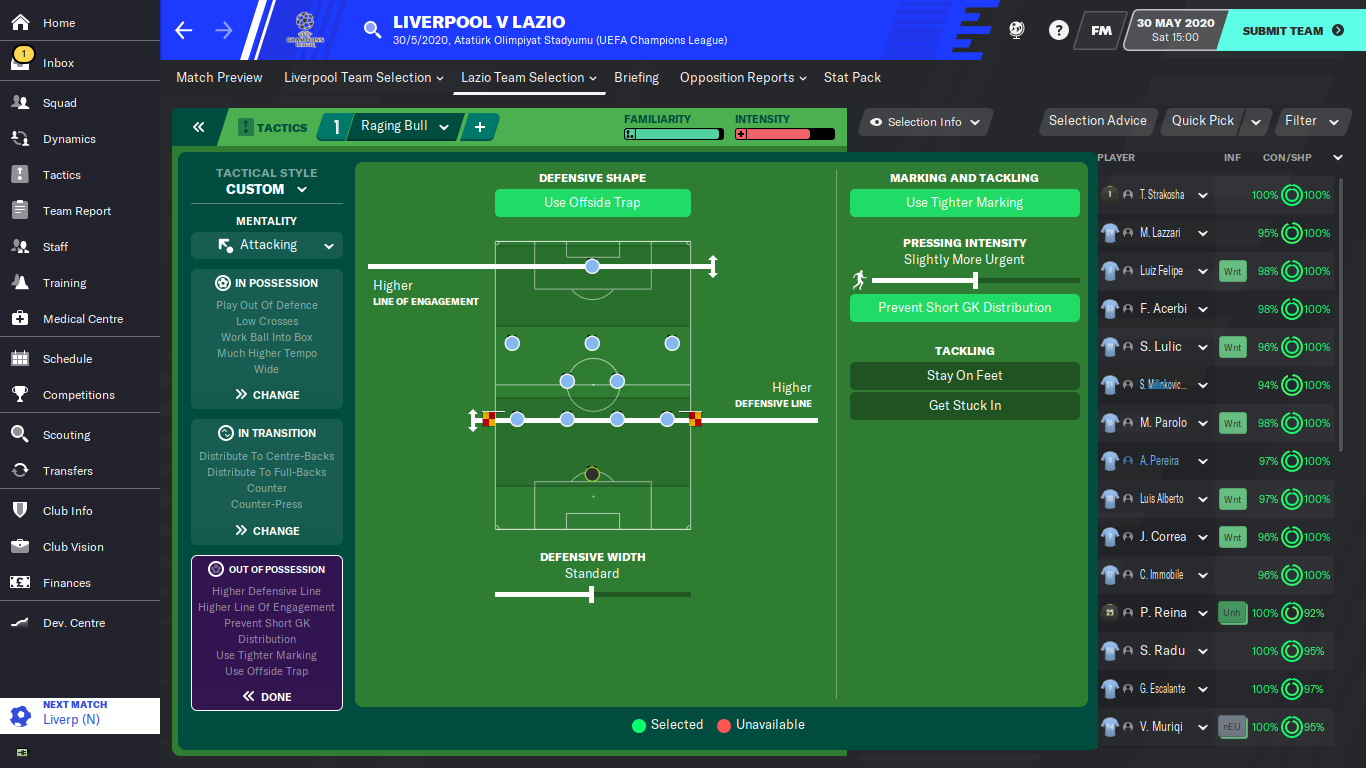 Without the ball, the team compresses the pitch playing both a high line at the back and line of engagement. The double-pivot helps to defend the middle protecting the centrebacks, therefore a standard width is used to help stop teams from attacking freely down the flanks. The offside trap helps to further condense the pitch limiting the space the opposition has. The team also uses a split pressing block, the front 4 press with the most intensity to limit time and space on the ball for the opponent's ball carrier, the rest of the team then looks to man-mark potential passing options.

See the video below for a better illustration of how this tactic works. 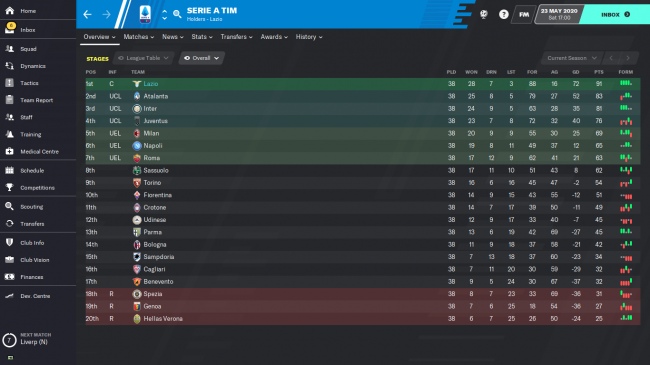 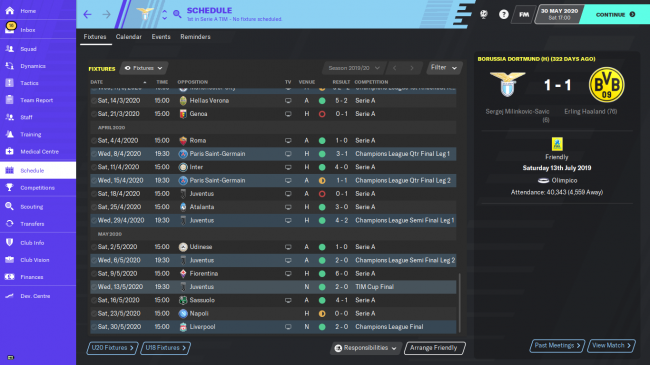 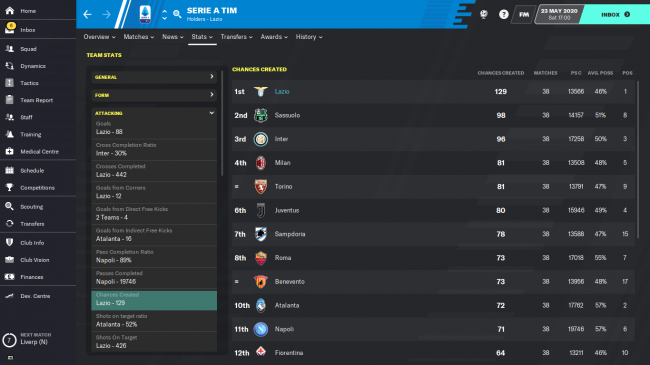 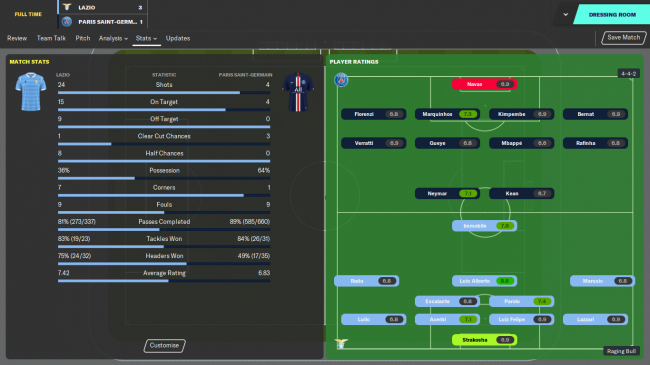 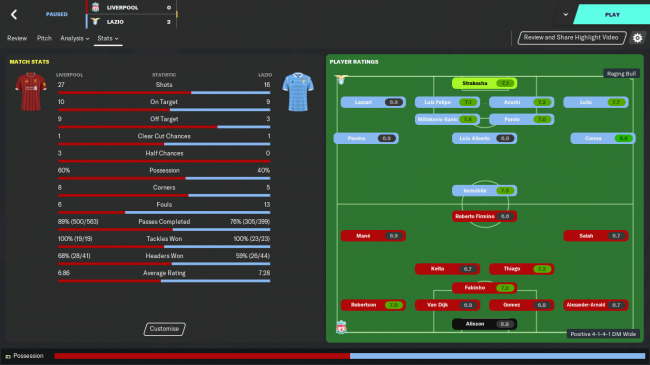 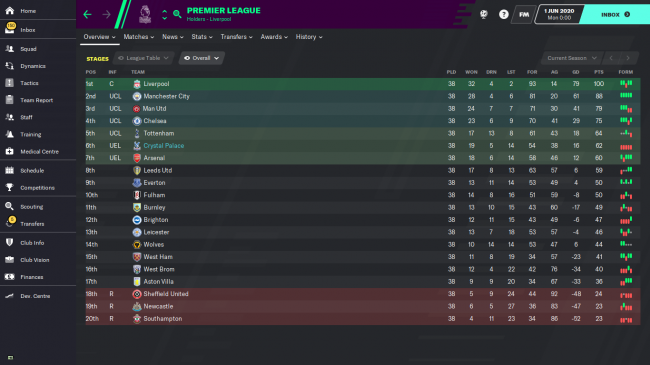 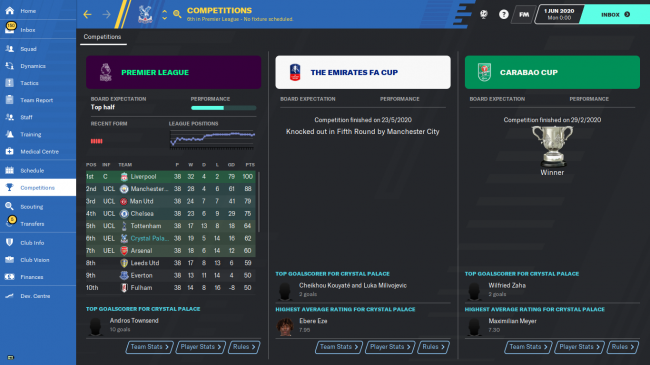 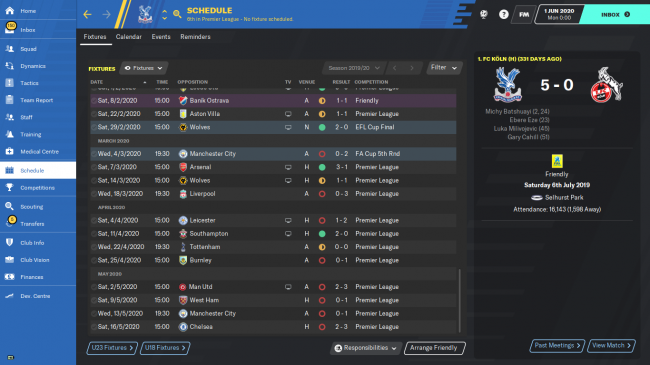 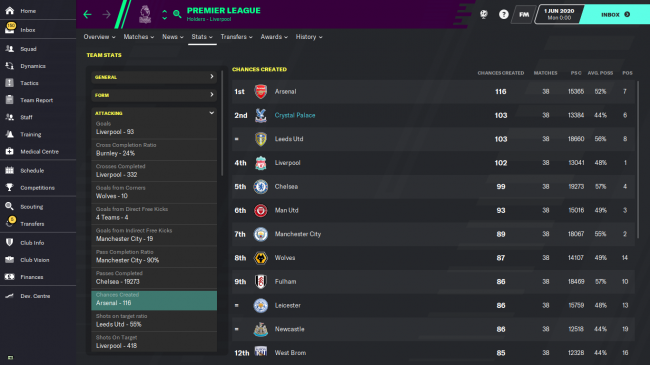 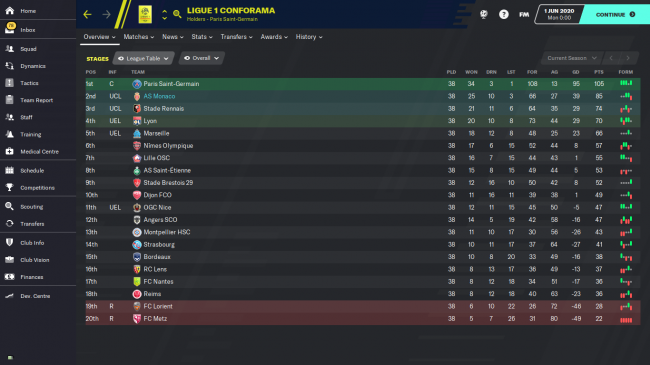 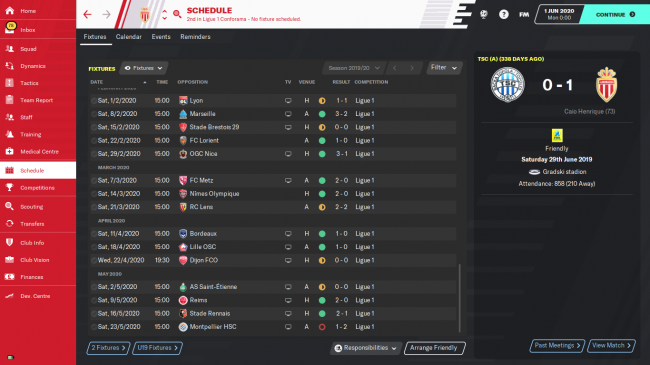 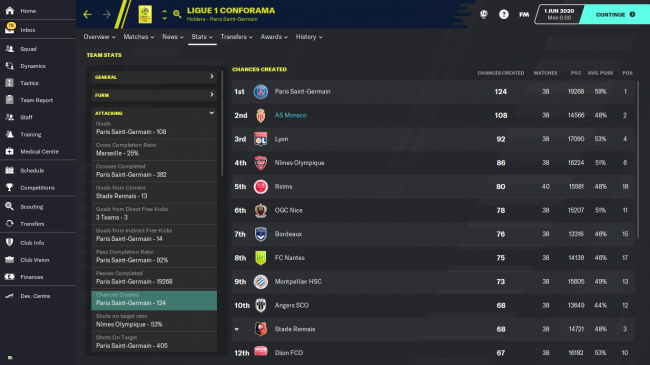 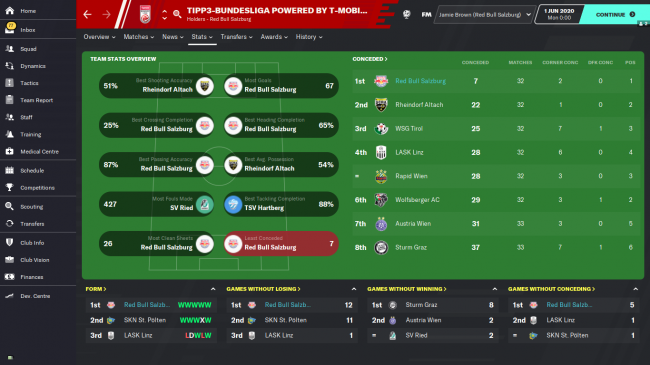 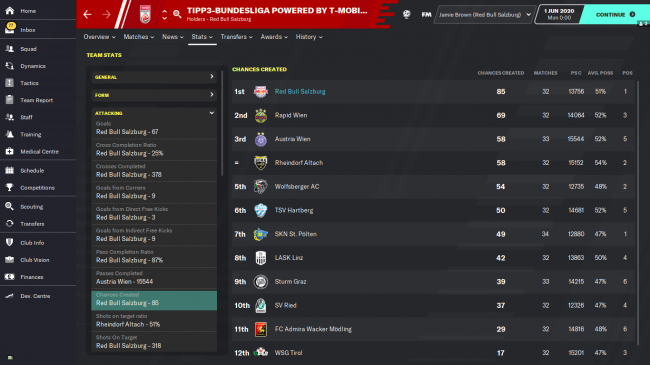