The Ukrainian Premier League is aiming to return to its pre-Donbass War 16-team structure for 21/22, so I've skipped ahead and introduced it earlier. The league is a simple two-rounded system with the bottom two teams relegated and 14th place entering into a playoff against 3rd place in the First League. Prize money is based on this... Futbolgrad article. 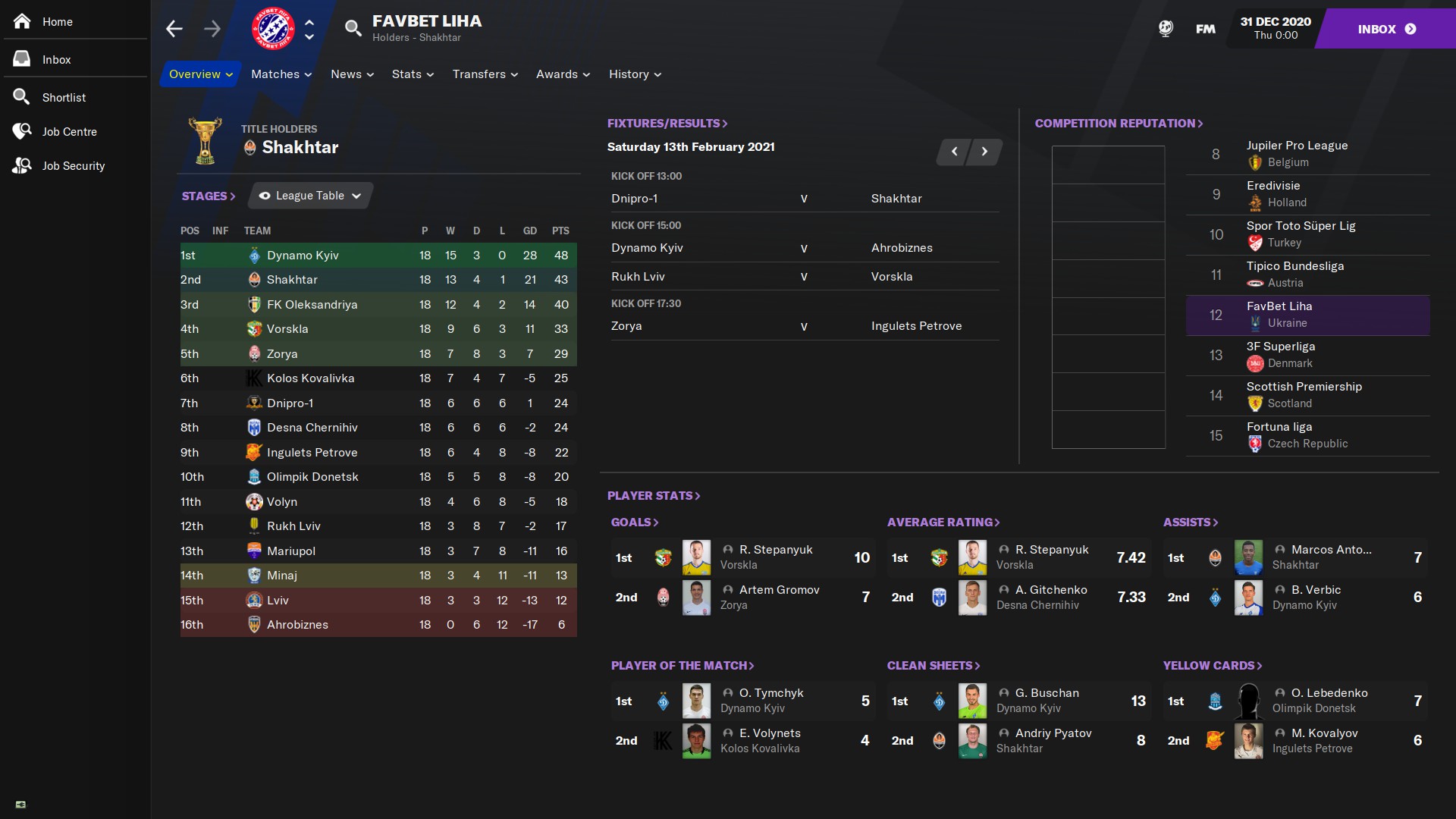 The First League, or Persha Liha, has 18 teams participating. The top two are directly promoted to the Premier League and, as mentioned above, third place enter into a promotion playoff against third-bottom in the Premier League for the final spot. The bottom two are directly relegated, and the two above enter into another playoff against two teams from the division below for a spot in next season's league. 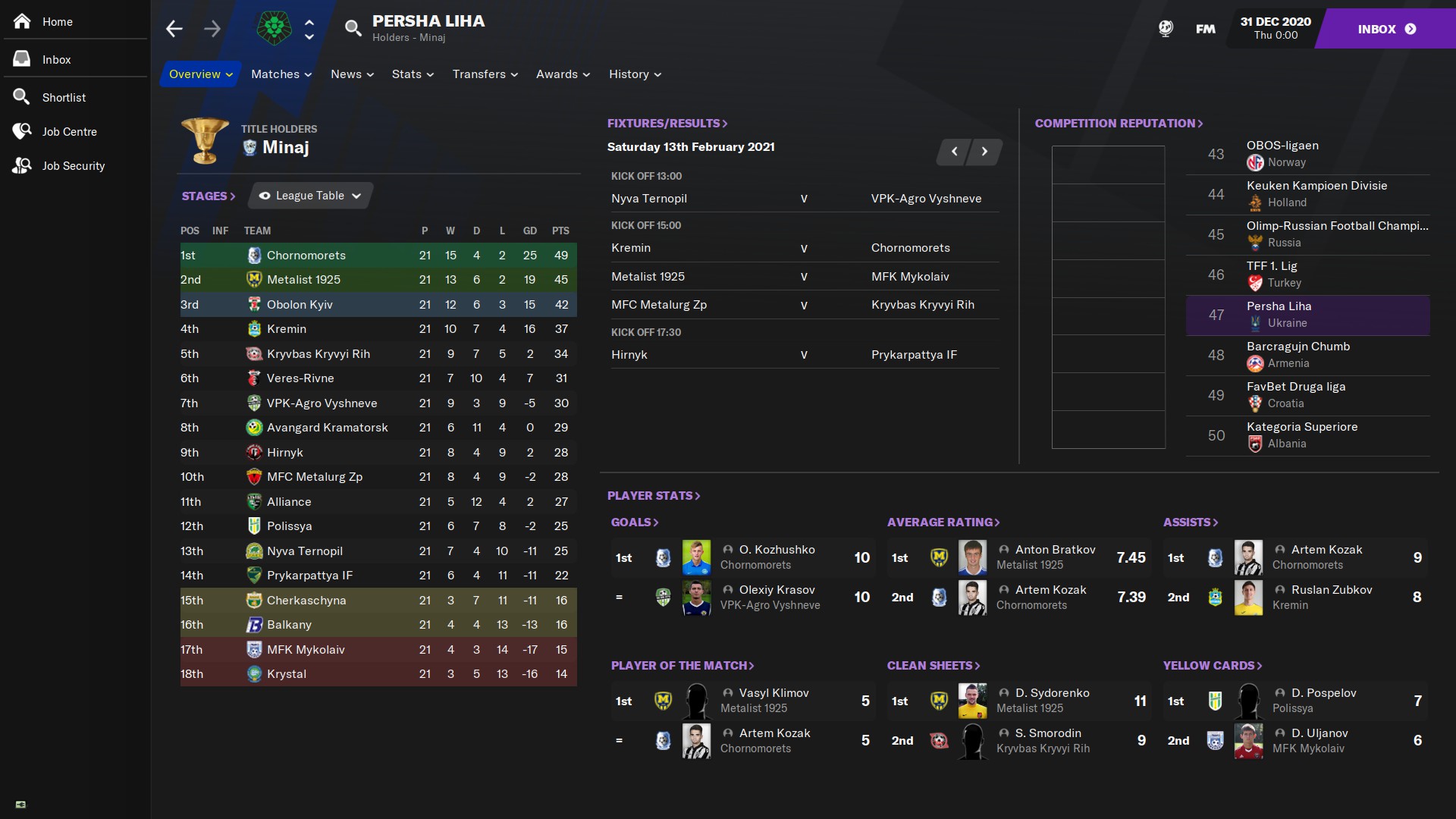 Unlike last years' rework, the third tier - the Druha Liha - is divided into two groups like it is in real life. Group A and Group B are geographically decided, with teams in the West playing in Group A and teams from the East playing in Group B. The winners of each division are automatically promoted and the runners-up will play in the promotion/relegation playoff with two teams from the league above. The team finishing bottom of each group will be relegated to the Amateur Leagues. 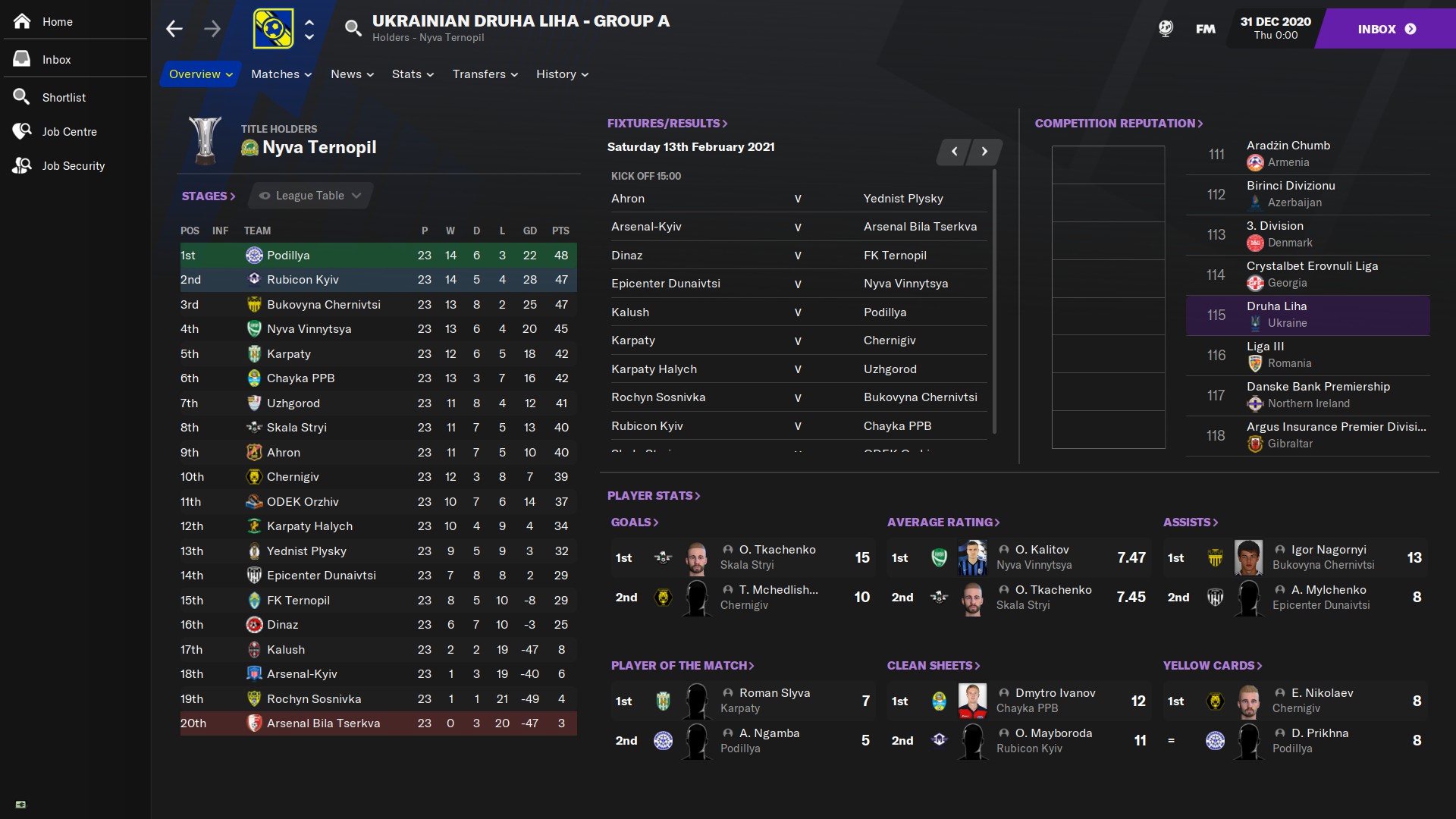 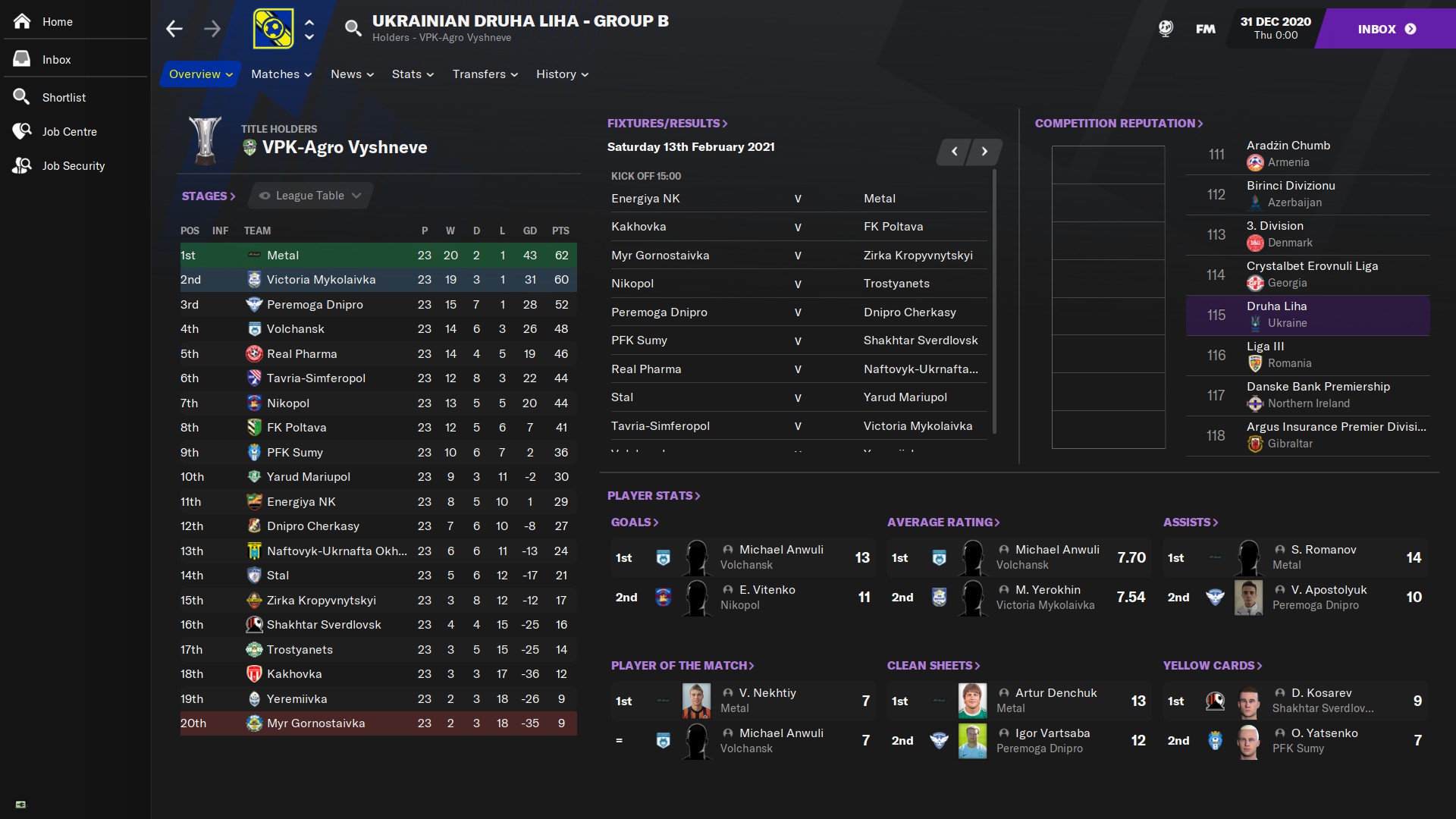 The Amateur Leagues are the lowest playable level in the database. The two leagues are again geographically divided into the West Group and East Group, with each having 22 teams in total. No teams are relegated, and none are automatically promoted. In real life promotion from the Amateur Leagues isn't determined by league position but rather by clubs applying for professional status and being deemed financially viable by the authorities. To try and replicate this randomness, the top four of each division play each other in one-legged playoffs at neutral grounds, to determine who will be promoted. 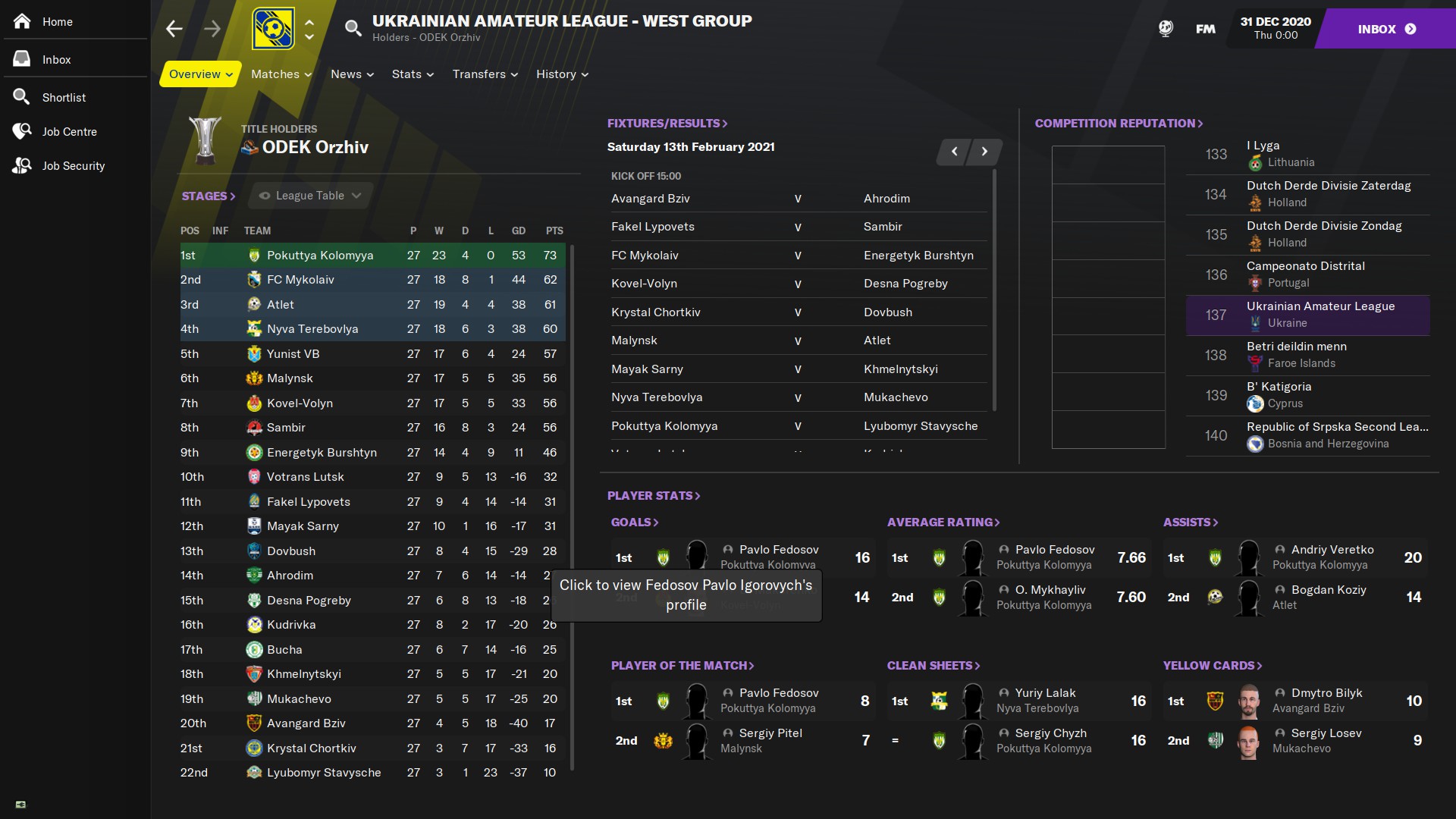 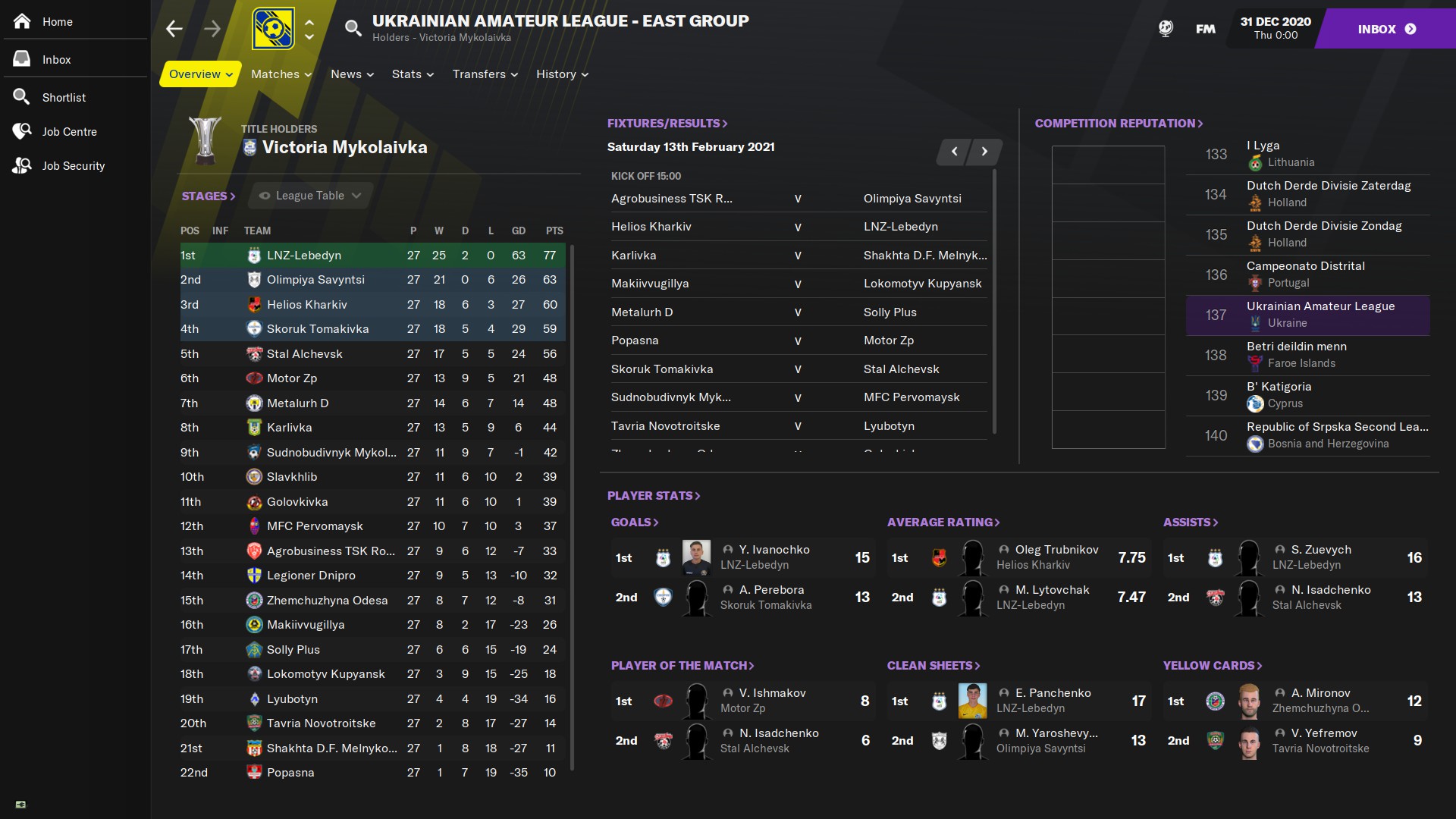 The Ukrainian Cup is pretty generic - the Premier League, Persha Liha and Druha Liha enter their teams into one-legged ties until the final. The semi-finals and final are both played at adequately-sized neutral venues. 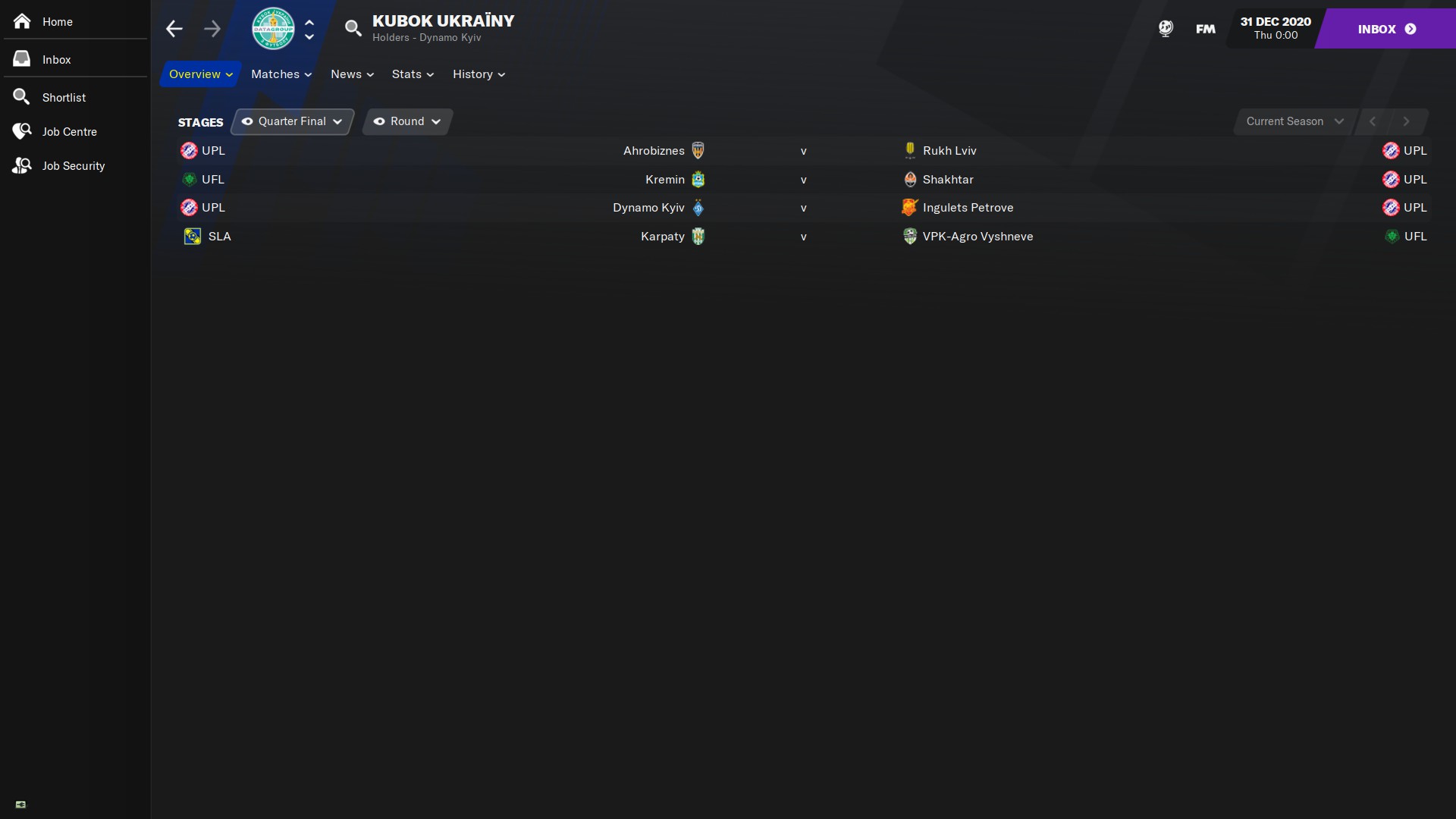 Finally there is the Amateur Cup, which as the name implies is a cup competition for the 44 teams in the fourth tier. It follows roughly the same structure as the Ukrainian Cup, and is designed to offer Amateur League teams an extra shot at a reputation increase and decent prize money to make up for the difficulty of exiting the league. 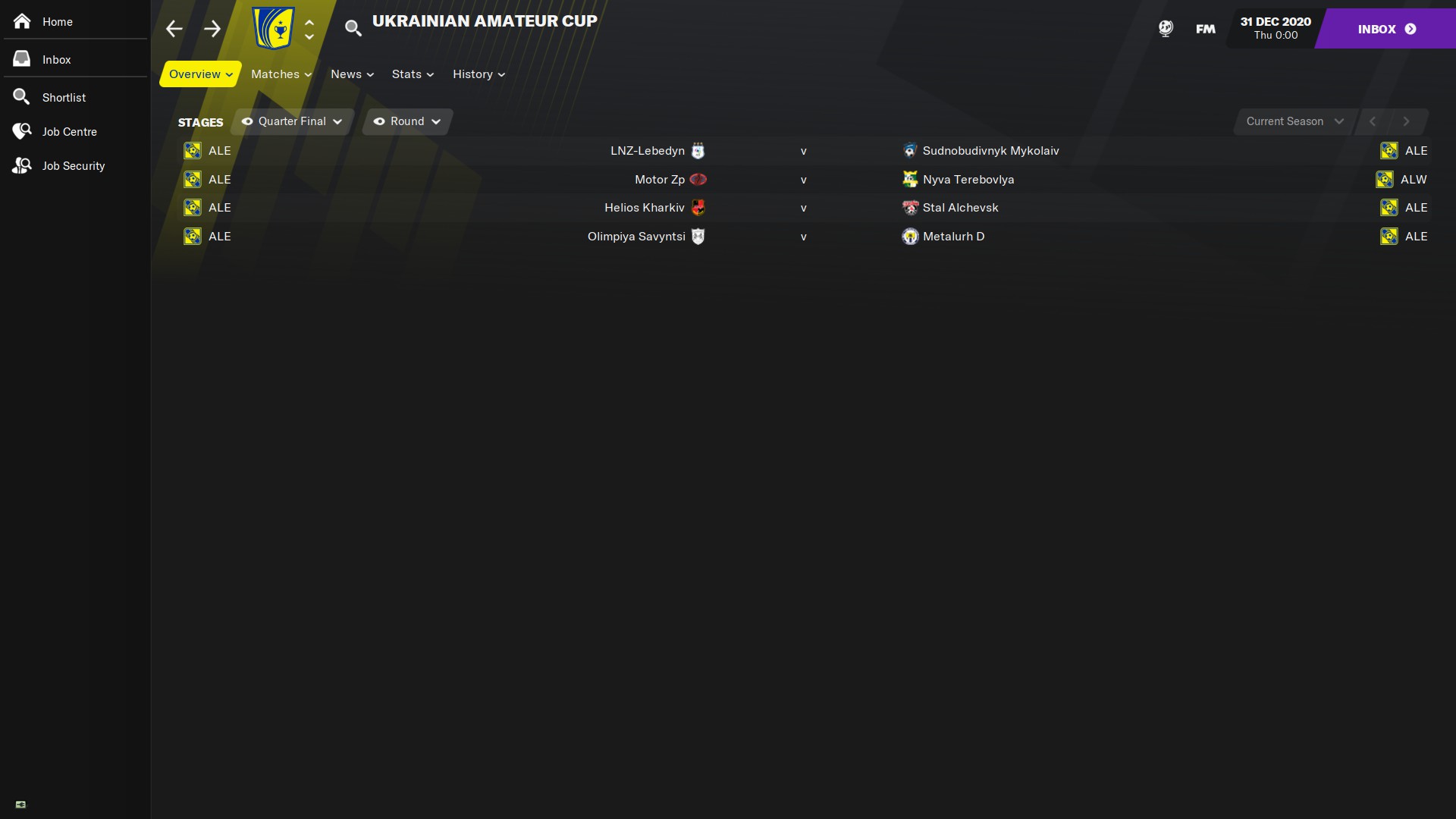 That's everything, I hope you all enjoy it!