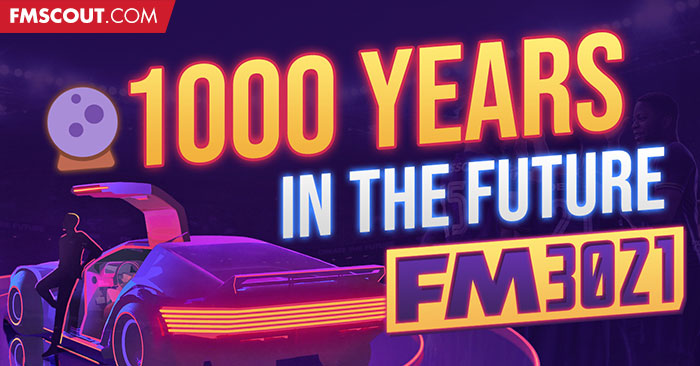 Six Countries, 1000 years in the Future

Short Answer: No. It dies about eight weeks in, but in it’s defense, it was six years old. So I bought a new laptop, downloaded the save, and kept simming. Near about six month’s later, here were are, June 1st, 3021.

There are six leagues loaded: English Prem, French Ligue 1, German Bundesliga, Serie A, La Liga, and the Brazilian 1st Division. All on Playable/View only below. About an 87K player base.

Depends on the League. In Ligue 1 PSG has dominated, but other teams have had some very good runs, but PSG has won the League 666 times. Infer from that what you will…

In the Bundesliga, more often than not if you bet that either Bayern or BVB will win, you’d pay out 90% of the time.

Real Madrid has dominated La Liga, 679 wins, while Juve has won Serie A 517 times. And if they haven’t been winning, Inter has. Few others have won Serie A .

Brazil and England have the most diversity in terms of overall winners. Chapecoense has won 212 times, while in the English Premier Arsenal Leads the way with 187 wins. The Prem is where most of the movement has occurred. To whit, Currently in the Prem FC United is top of the Manchester Teams, while both United and City are slumming it in League 2…

World Cup wise, Spain has won 59 times. For the most part, it’s been the Big 6 winning the World Cup, but there have been surprises, Wales in 2986, DR Congo in 2058, but those are few and far between.

Champions and Euro League is where the variety of winners has been. Real Madrid has won 75 times, but you have teams like Maccabi Tel Aviv, Carlisle, Niort, Croatia Zmijavci, Glenavon, BK Hacken, Koper, Breiðablik, searching those has been pretty fun.

I didn’t save player profiles, so looking at past players is pretty rough, but a Spaniard by the name of Ayoze Dibra won World FoOtballer of the Year 10 times, with 131 goals in 140 appearances for the Spanish National Squads, and 469 goals in 722 games with 8 other clubs, most with Real Madrid. Several other players have won it 8 to 9 times.

Anyhow, I could probably lose days (weeks and months) just rummaging around and seeing what’s what, but I figure I would share it as well. Its always interesting to see what FM comes up with, even if some of the behind the scenes club details are head scratchers…

It's 3.72GB in size, so if you're on a slower computer it could take a while, if you find something cool or interesting, share it here. :-)