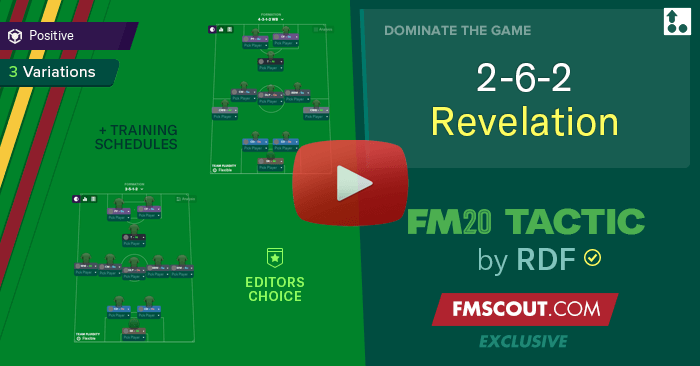 The 262 is something that RDF has invented in FM20. The idea behind this is that the midfield tries to dominate the game with effective passing and movement, even the 2 STs aim to come deep at teams to create a big overload in midfield. Effectively, it uses a high defence line in hope the 2 central defenders do not become too exposed.

Once again, RDF has created a very unconventional shaped tactic, which he was hugely successful with in his 1st season as manager of Roma, winning the Serie A and also Europa League.


This is all about hard work, team work and make sure you dominate the midfield. There is much solidarity in this tactic, as everyone has a responsibility to defend.


Roma conceded 31 goals in Serie A, making them the 3rd best team defensively.

In midfield, he uses an Playmakers to help with the creativity, but very key to the build up and he drops deep to collect the ball from the defence. He plays alongside a Box to Box midfielder that beautifully links the midfield and the final third. And to complete the midfield trio, RDF uses a more traditional central midfielder who will look to hold his position in midfield, playing passes to keep the team ticking.

The wide men are naturally very attacking players, thought out the season they were key in both scoring and creating chances and this was evident with Kolarov being the top scorer with 16 goals.

The two strikers also have a supporting duty, with the pressing forward looking to do the dirty work, the closing down and being aggressive. Whilst the complete forward has the license to roam around. The two striker will aim to score goals too of course, but the goals will be spread around the team.

RDF plays a possession based game with this system, with his AVG Possession 56% which was joint highest in the Serie A. He likes keep possession by asking his players to dribble less and look for the pass when in possession.

But not similar to a tiki taka style of football, as RDF likes to play a little more direct, getting the ball to the wide men and also to the Trequartista. Also likes to play at a very high tempo, aiming to unsettle the opposition as much as possible!

He also looks to make the pitch wide as he can, this can give his creative players the space and time to be creative and for the wide men to have some time on the ball when the ball is played out wide.

In transition, this system ask’s players to regroup when out of possession. This way, players are expected to contribute in being solid when defending. Only when RDF opts to use the wing back system, Roma look to counter when the ball has been won, but in the flat midfield system, he does not ask to focus on countering after possession has been won.

This system will ask players to work hard when out of possession. This system would require a lot of hard workers and players that are great with team work. RDF tries to create a block high up the field with a high defence line, but patient with the engagement, this also adds to the solidarity. But once his team does start to engage, they are asked to press with some urgency!

WGs - good at both attacking and defending. Crossing, Passing, Vision, Pace, Stamina, Positioning, Off The Ball, Marking, Anticipation Work Rate and Decisions will be key

RCM - Box To Box type midfielder. To be okay at everything. Okay at Tackling, Passing. Must have good Work Rate, Team Work, Agility, Stamina, Decisions, Anticipation and Positioning/Off The Ball…Play your better defensive midfielder as the RCM LCM - Central Midfielder. To have great creativity skills, Passing, Teamwork, Flair, Agility, Decisions, Composure, First Touch, Technique and Vision are all great attributes to have

AM - Trequartista to have very good creativity skills. TEAMWORK is a must! alongside Passing, Flair, Balance, Decisions, Composure, First Touch, Technique and Vision

STs- Good all round striker, your CF will be moving into channels and also will be the one dropping deeper so should have good creating skills. Pace, Off The Ball, Teamwork, Anticipation, Decisions, Composure, Balance, Finishing, First Touch and Technique will be key.

Which tactic variations to use


AROUND JAN/FEB, SWITCH DEFENSIVE WIDTH TO NARROW!!
Training schedule included SHOULD be used!! 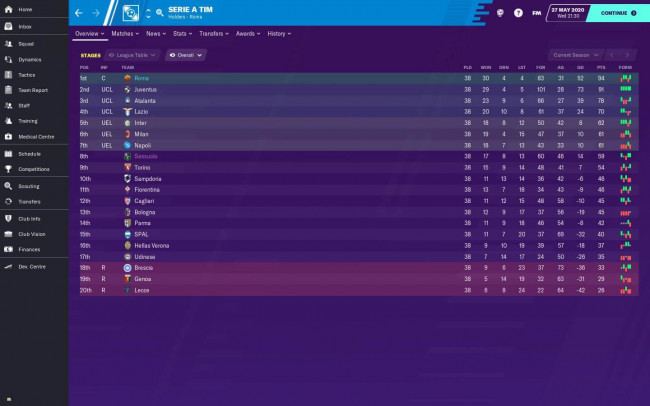 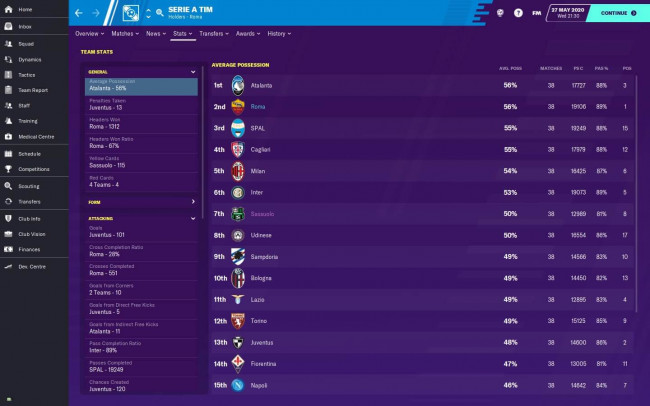 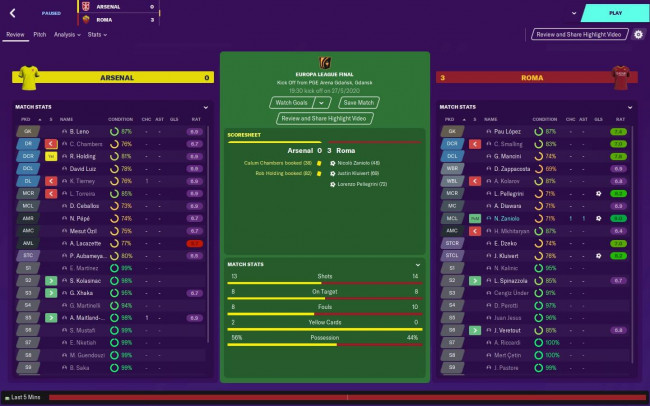