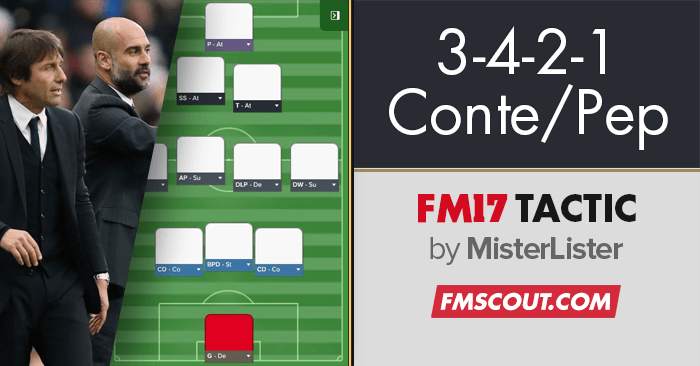 After more than a year, I have finally managed to make successful tactic that is worth to share it with you. I have tried many things in this year's FM. Four defenders, unsuccessful, five defenders, same thing. Then I told myself, if Conte can do it in real life, why shouldn't I do it in virtual.

This tactic first started as 3-4-3 and was successful, but then i decided to put only one striker and two AMC. I started using this tactic while in Norwich and easily won Championship with 100 pts, 20 pts more than 2nd placed Newcastle.

Now, i'm using it with Valencia, and after my first season, this tactic is performing like it's a cheat for this game. I have won La Liga and Spanish cup with team that was predicted to finish 6th.

Ok, you need to have 3 GOOD DEFENDERS FOR LEAGUE THAT YOU PLAY( in report it must say at least good). If you have these kind of defenders, the result will come, because without great defense, there cannot be good offense.
Fast DW are not so important but if you have some that likes to run wide, or hug the touchline, it would be very good for this tactic.

OI: Everyone except GK and DC put: Tight marking- Always, Closing down- Always, Tackling- Hard, Foot- Weaker foot
Trainings I allow that to assistant to do what ever he thinks it's good.

Every match you will have at least 15 shots and at least 55% of possession. I currently have 59% AVERAGE possession in La Liga. 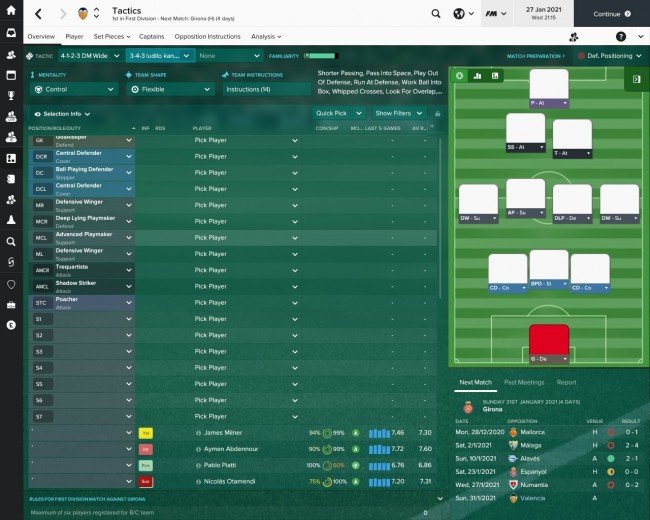 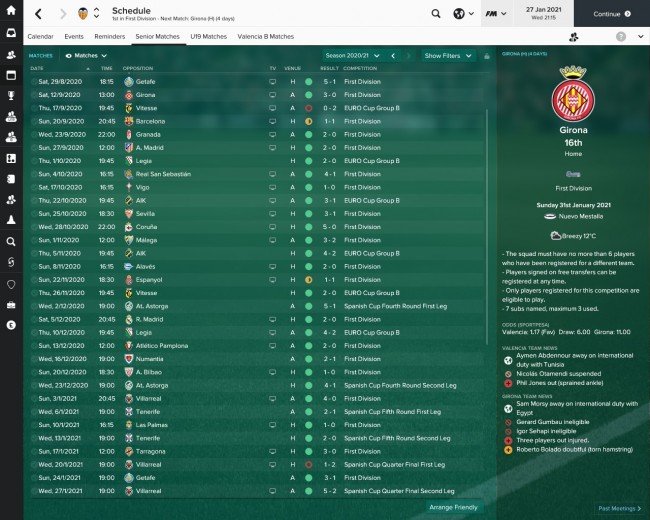 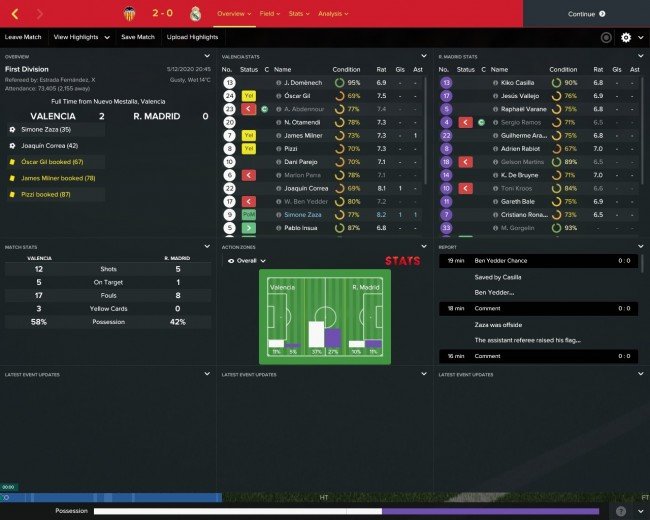 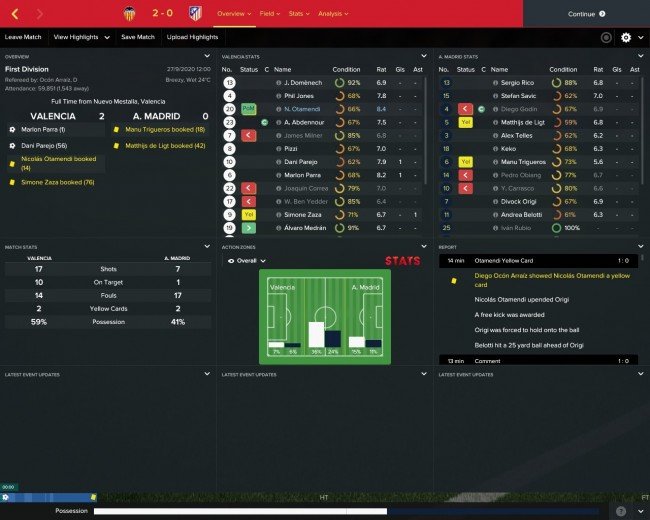 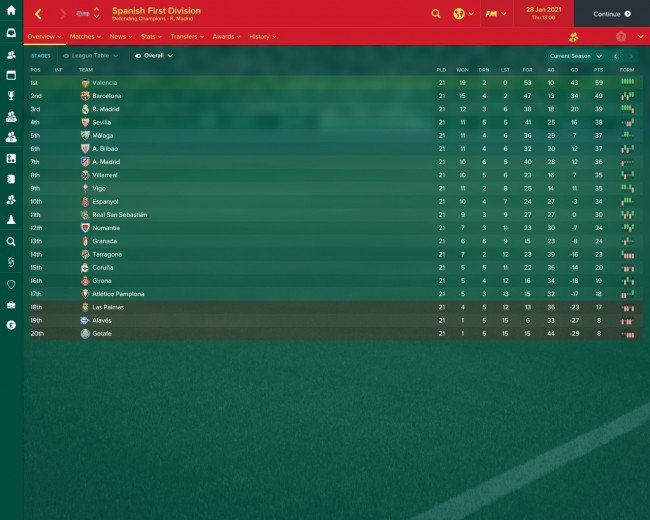