It is certainly standout tactic unlike any other. Characterized by offensive play, high ball possession, many passes, solid and aggressive defense, but set low.

I tested the tactic in 2 clubs:
1) PSV - Top Eredivisie team aspiring to the highest targets
2) Pogoń Szczecin - a team forecasted for 4th/5th place in the league

In Pogoń Szczecin I won the first championship in the history of the club. I surprised everyone. The points advantage could have been even bigger if it hadn't been for one poor month when I didn't have many key players at my disposal and my squad was very small. I also advanced to the group stage of the European cups. I also include statistics that are outstanding compared to the rest of the teams. 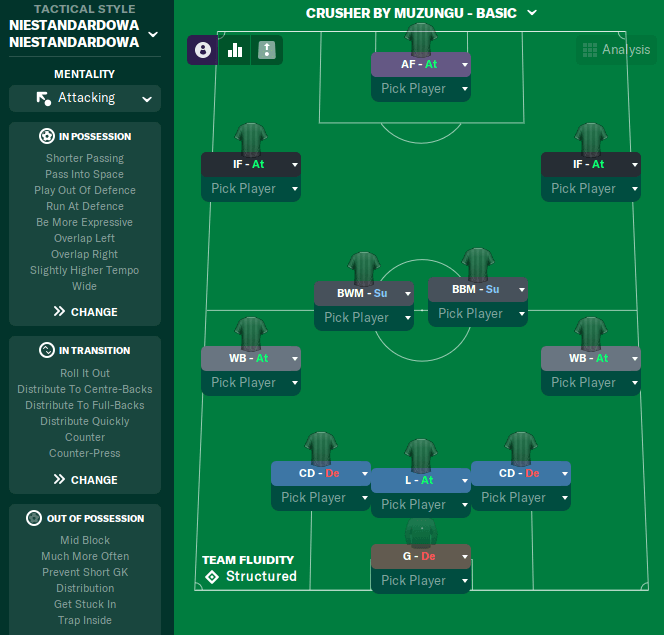 I intend to play the next seasons in the Pogoń career (in other careers I will also test this tactic, so you can expect updates of achievements and statistics.

I recommend this tactic for underdog and teams aspiring to the highest targets.

Have a nice game! 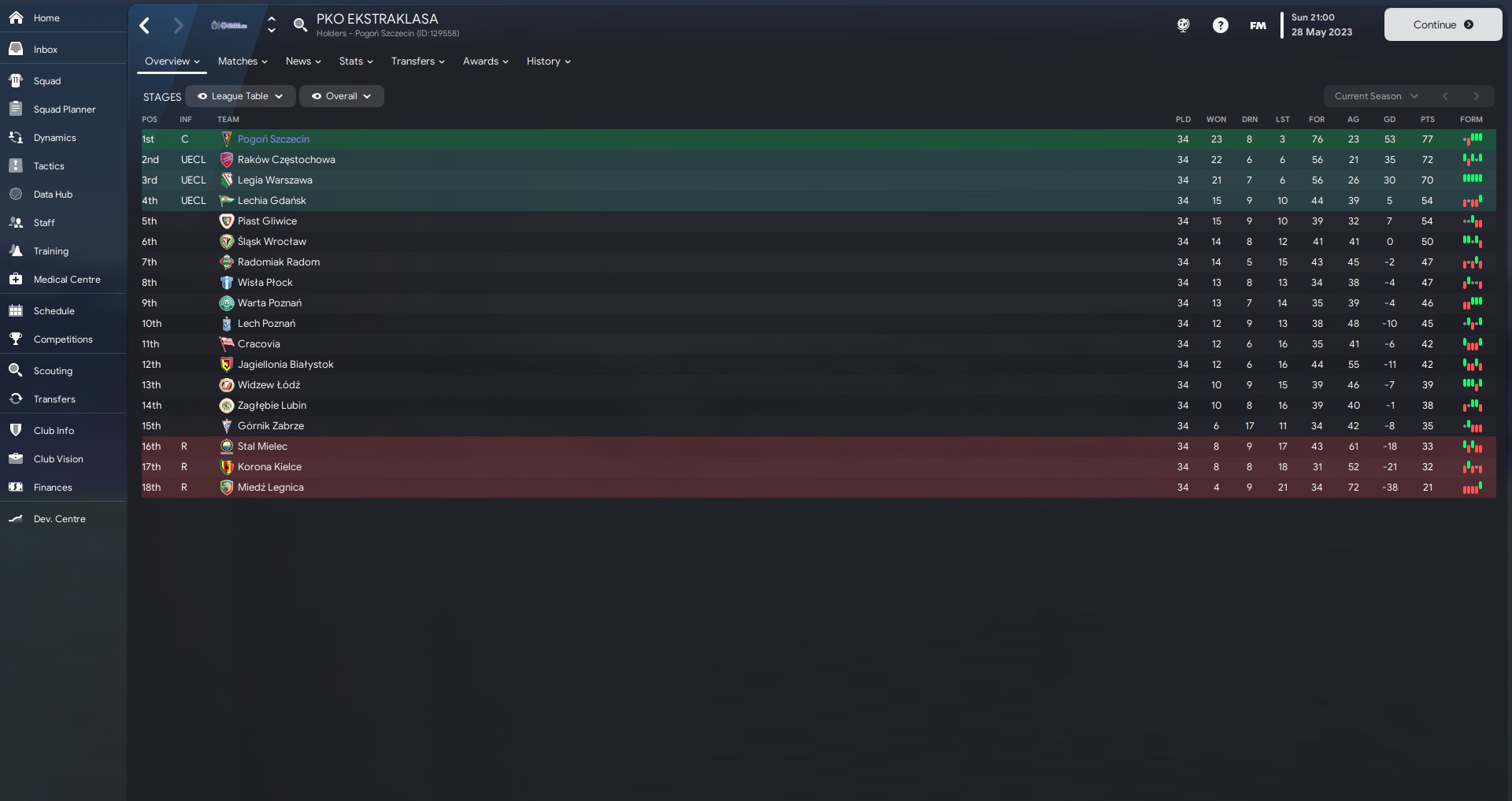 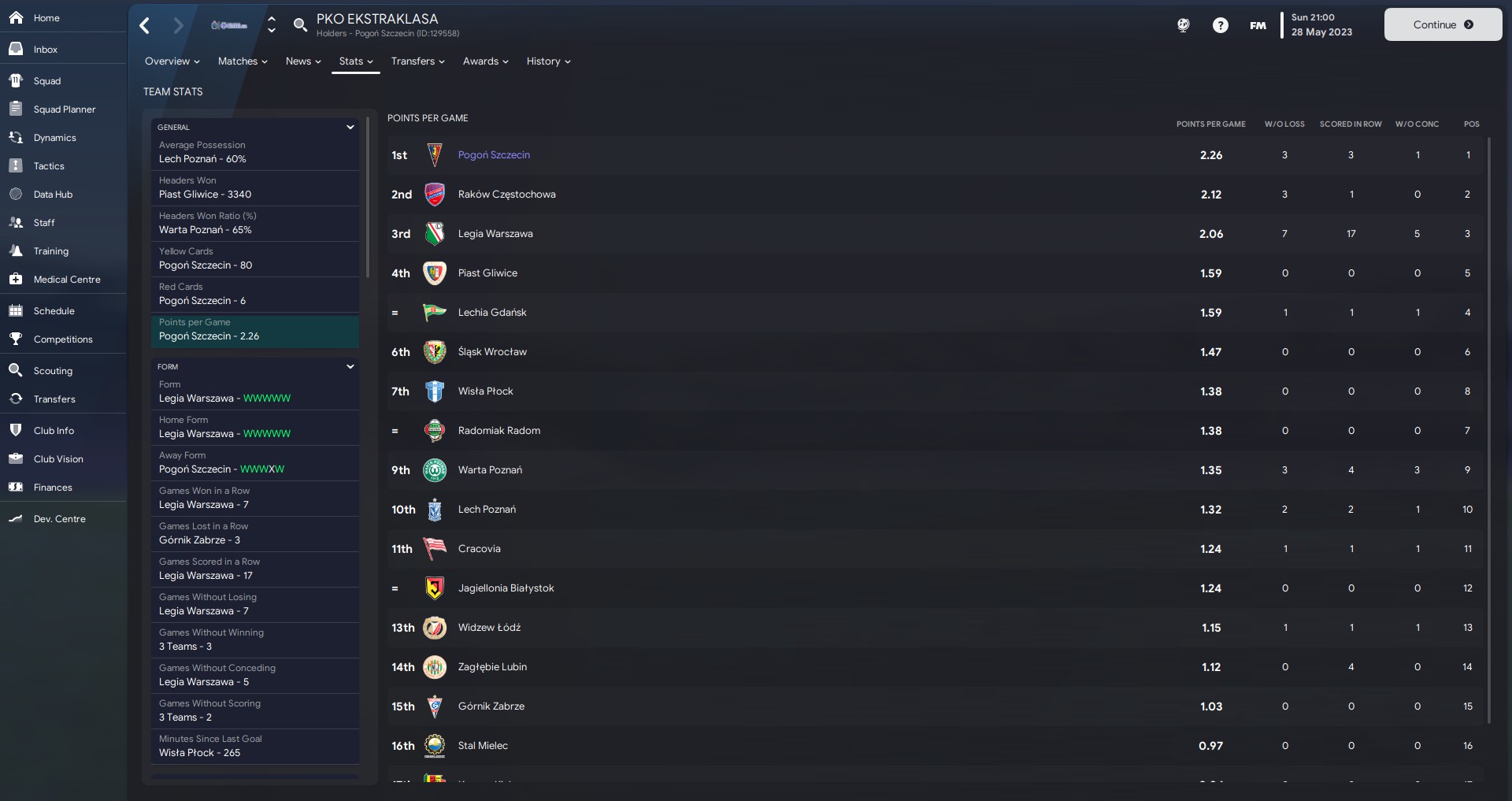 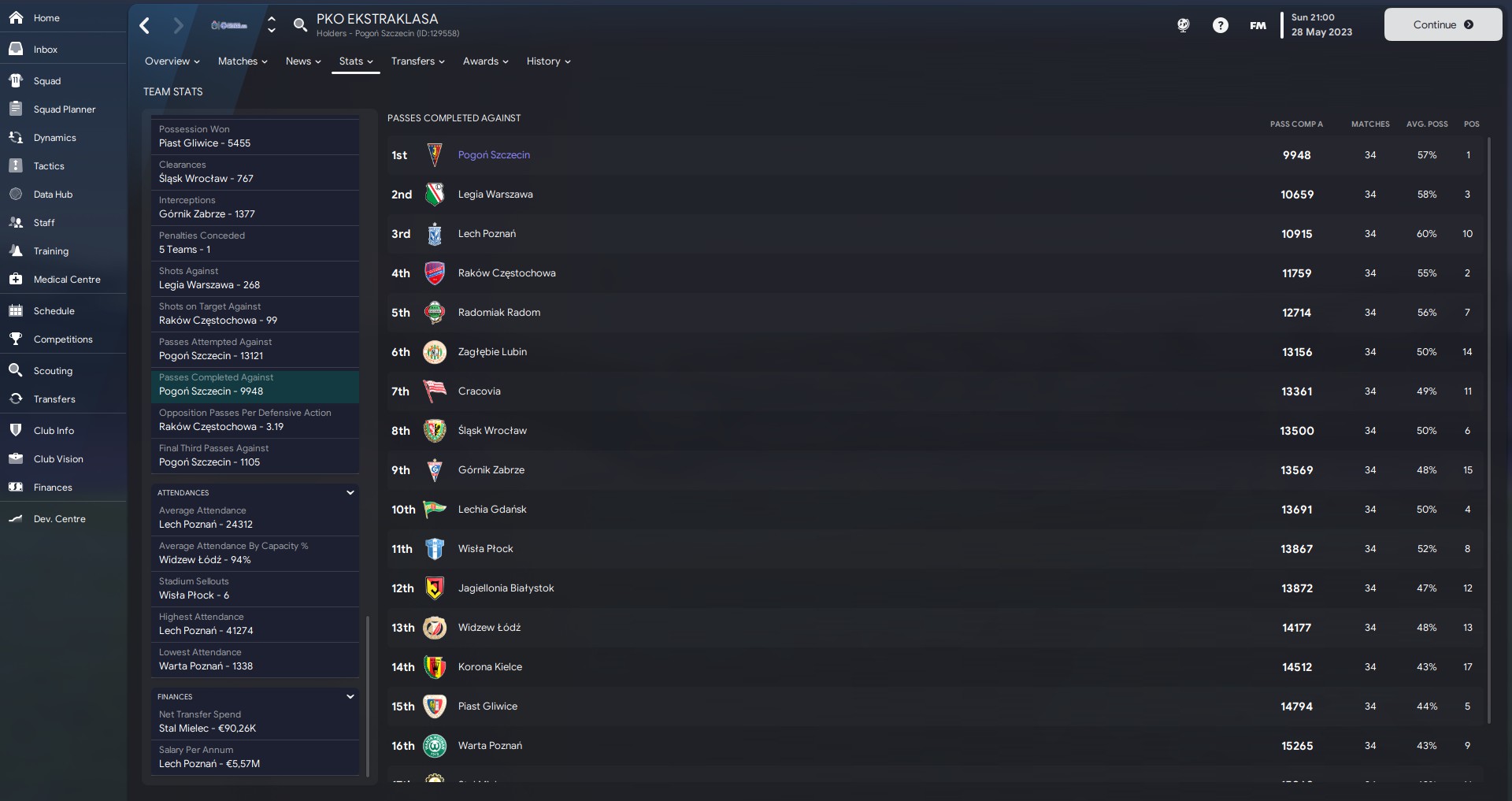 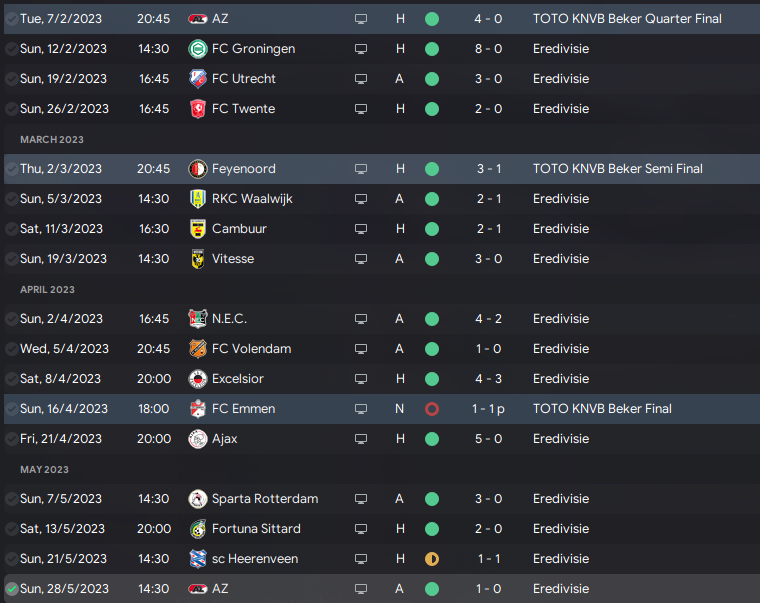