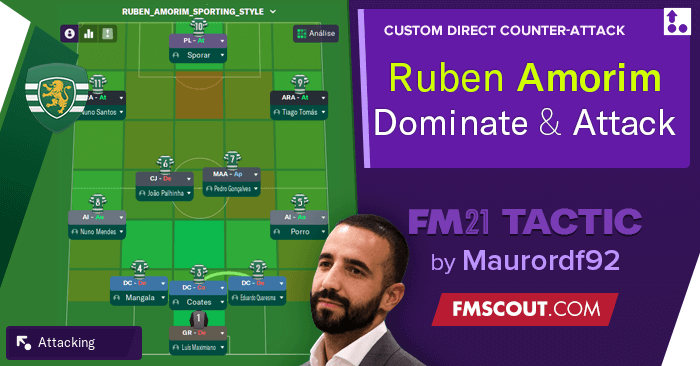 Ruben Amorim arrived at Sporting CP with no level or certification recognized to be a coach for a professional team, he came to sporting for the final stretch of the 2019/2020 Portuguese championship in a dark phase of the club's history with a very poor financial capacity and low quality players. Ruben Amorim reformulated the squad and quickly decided who he did not count on and decided to call several youngsters for the main squad.

For the new season he decided to bet on these youngsters and hire some experienced players for a short but quality squad, and so he managed to start implementing his ideas and making the team play consistently and with a beautiful game in a 3-4-3, till now with Amorim Sporting is in 1st place with no defeats in Portuguese League, not bad for a non certified Coach.

The tactical idea is to build from behind with vertical passes where the central defenders begin construction and hope to receive support from the two central midfielders, while the wings must offer width and the 3 front men try to receive the ball between lines and explore the empty spaces or keep possession of the ball and wait for the wings to overlap and explore the flanks.
In an offensive phase the team attacks very closely and also with a lot of liberty.

When In possession, he likes to see his teams playing from behind starting in the keeper and central defenders and using the midfielders to gave passing lines The wingbacks stay open to give wide in the pitch while the 3 man in front should offer more mobility and create spaces to them.

Then at the moment of the ball lost they defend very quickly and try to recover it quickly, when that pressure does not work the team quickly recovers the defensive position and rarely suffers a counter attack due to the good positioning of the central defenders and one of the mediums. 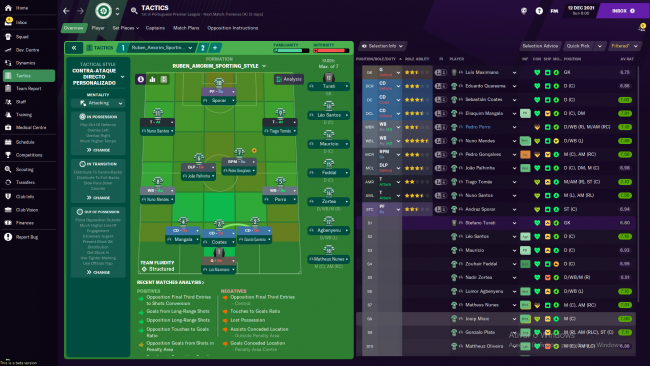 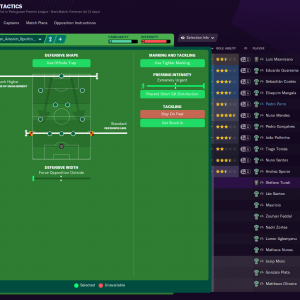 This tactic should guarantee a high possession of the ball in the opponent midfield and a lot of pressure when we lose it, although when the opponent is in more possession the team recovery fast and defends very well.

I always start games with the same tactic but as in real life depending on how it goes i change thing like the pressure, overlaps, ball in space, etc just see what the team needs.

The good of this tactic is that even if its not one of those where you win 5 every game we can score and create a lot too and we spend most the time on attacking but its very hard to concede goals wich give me impression of more realistic.

Important details in the positions:

My results until now:
1st Season 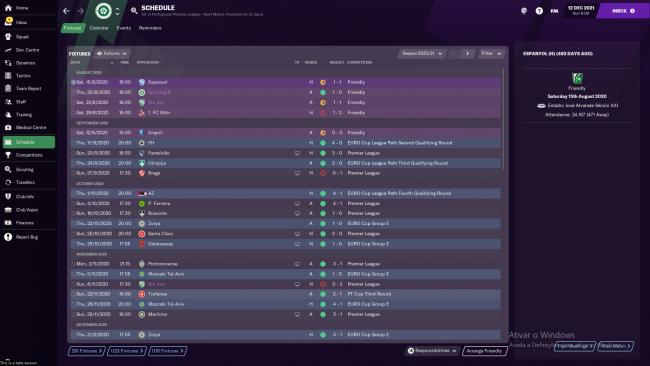 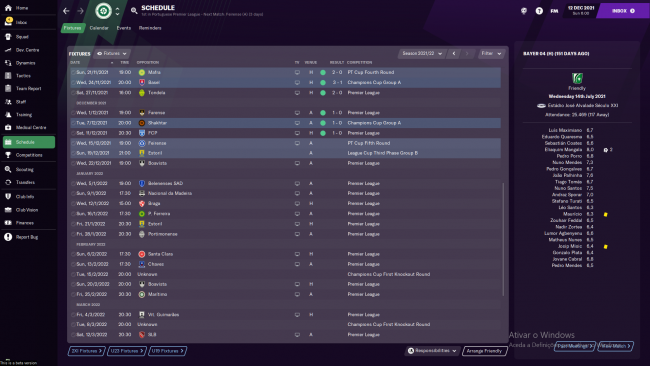 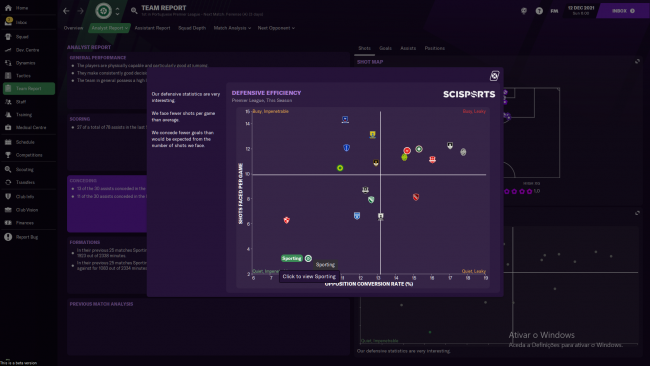 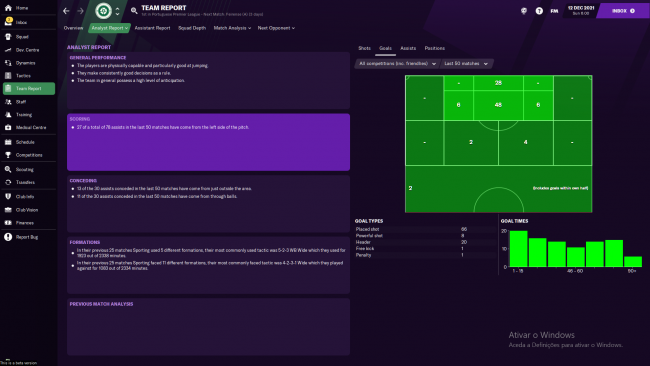 When I play against some teams who start getting a lot off possession on my midfield, I just use something like this one that I can put after if the feedback here is good. 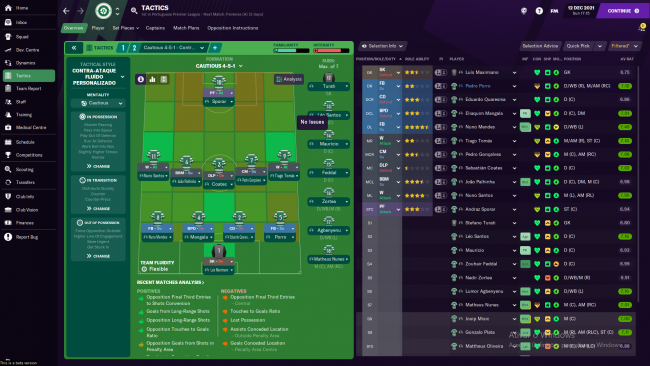