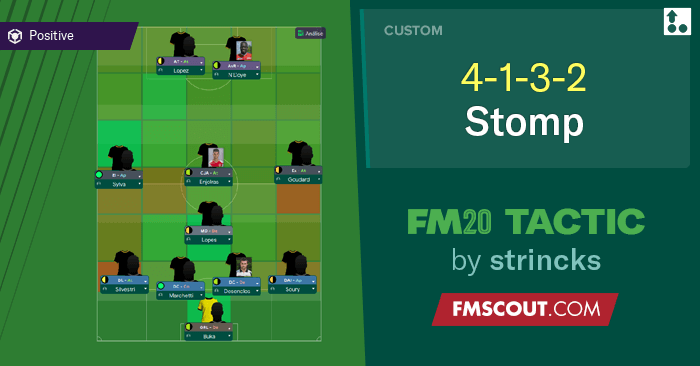 This is my first time putting a tactic here, I hope you like it.

Well to do this tactic I was trying to get an offensive team with a good defense and control on the game.

I was trying various tactics and I finish with this one and start a season with a database that are here on FMScout (the 8 divisions on Italy).

I have friends that have tested on Big teams and it worked well, but I can only confirm with what I have tested.

Well moving on, for this tactic you do not need to have the best players for the positions, they have to be competent in that position and everything is good. 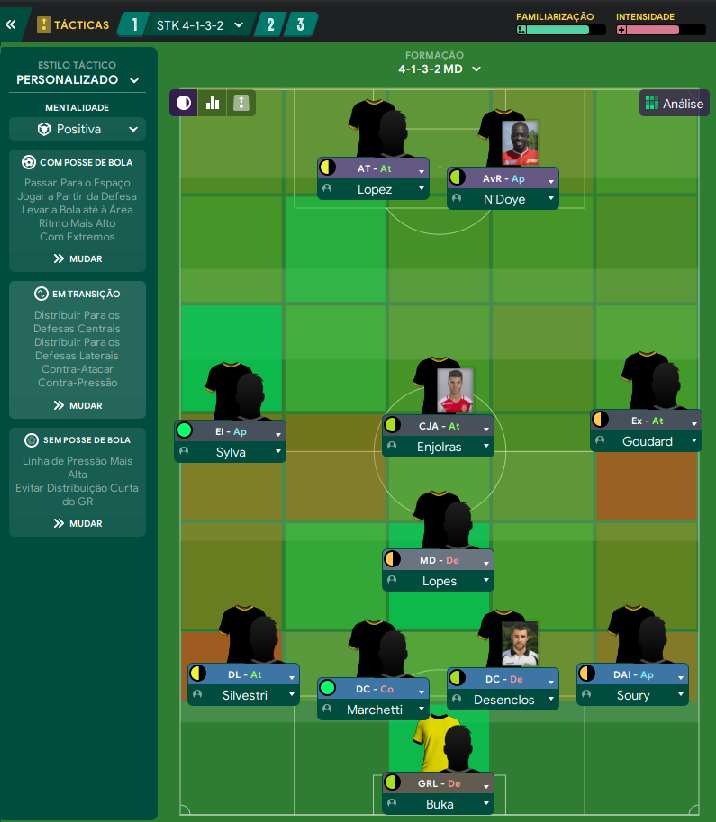 To work well you have to be sure to have the defenders( CB , LB, RB) with some speed, the more fast better.

The CM with good finishing its a plus. 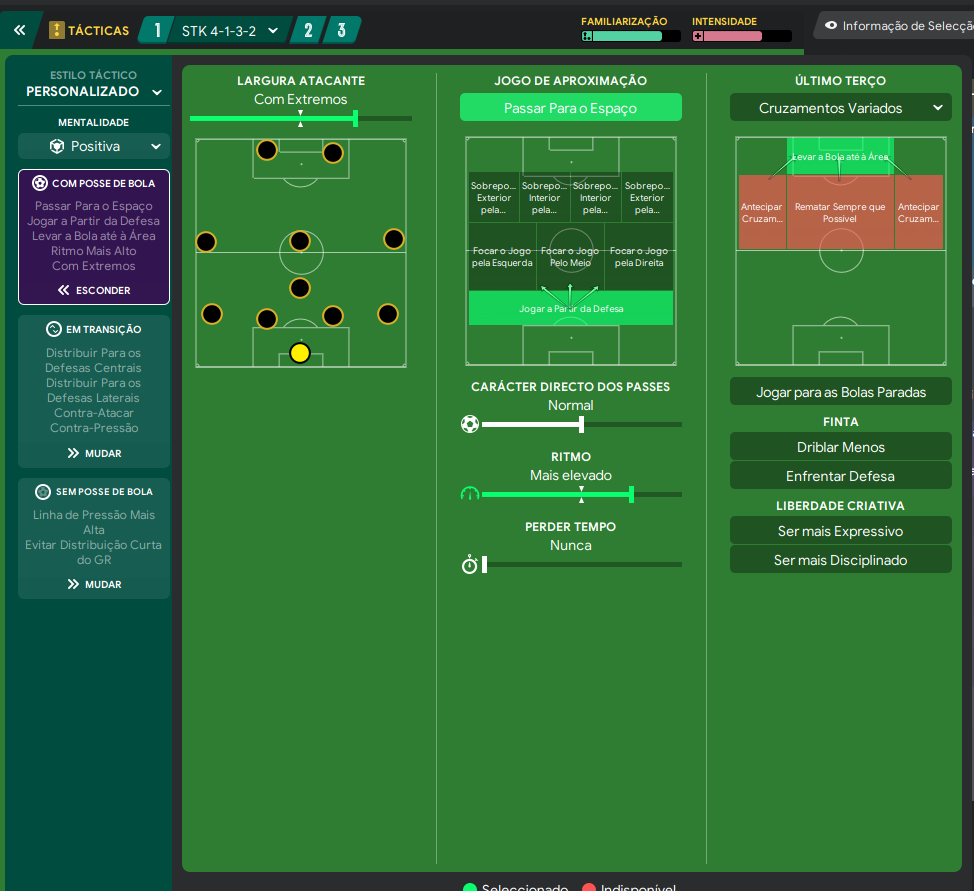 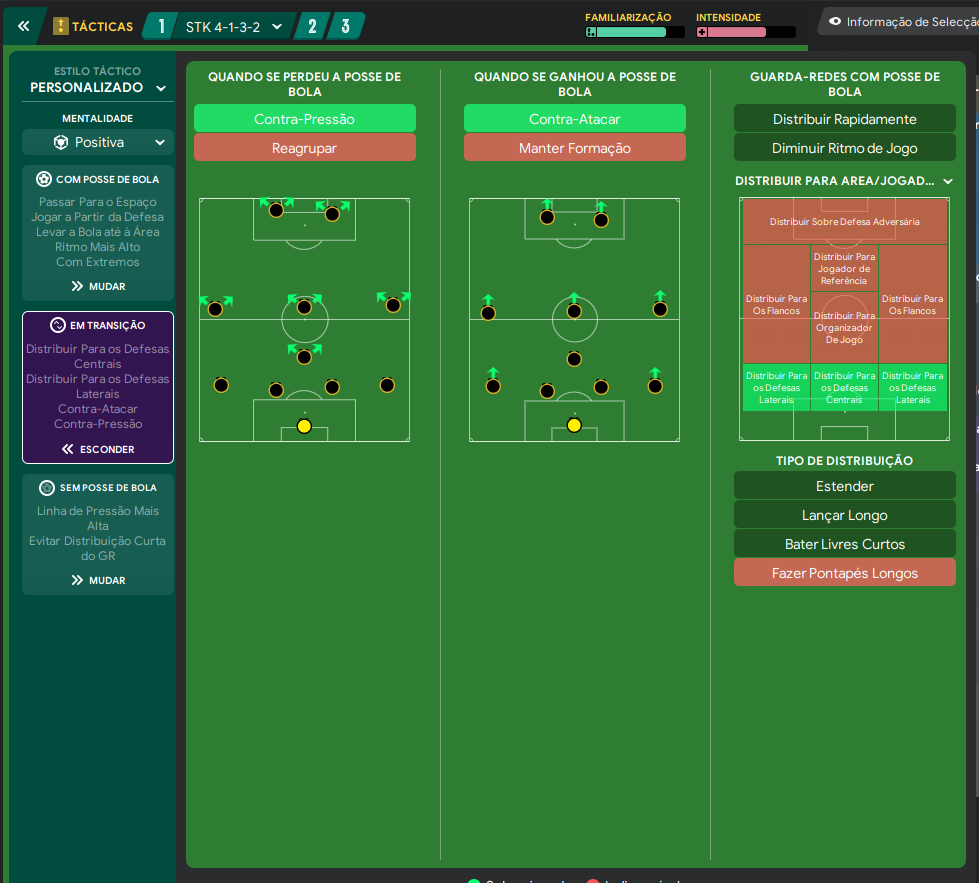 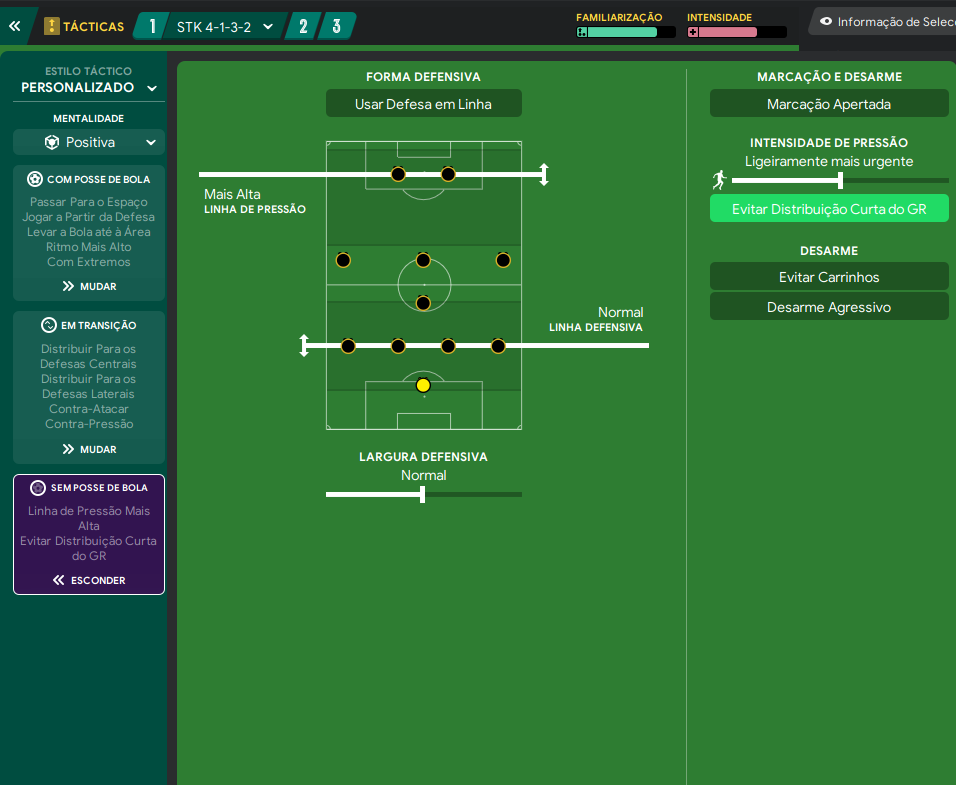 As you can see the calendar of the first season, I just have 1 defeat on league for all season. 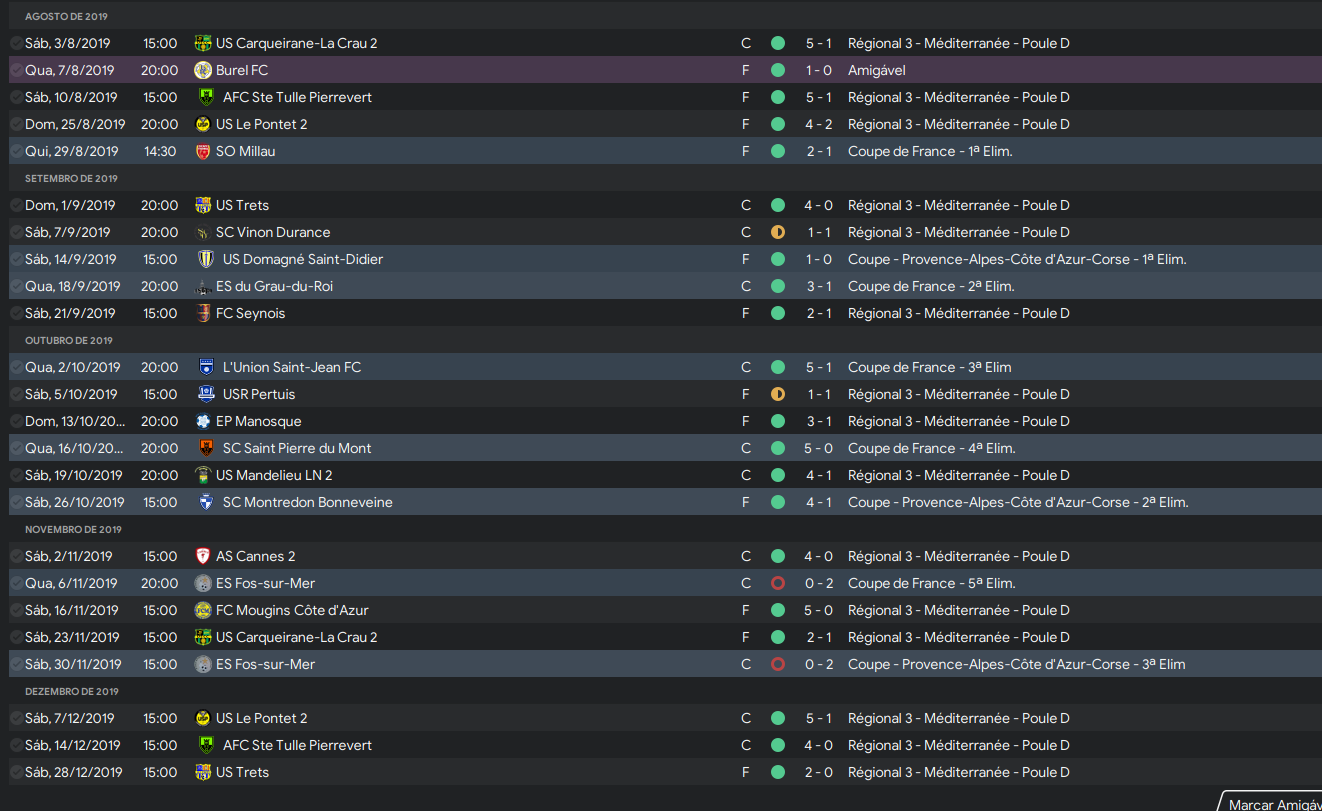 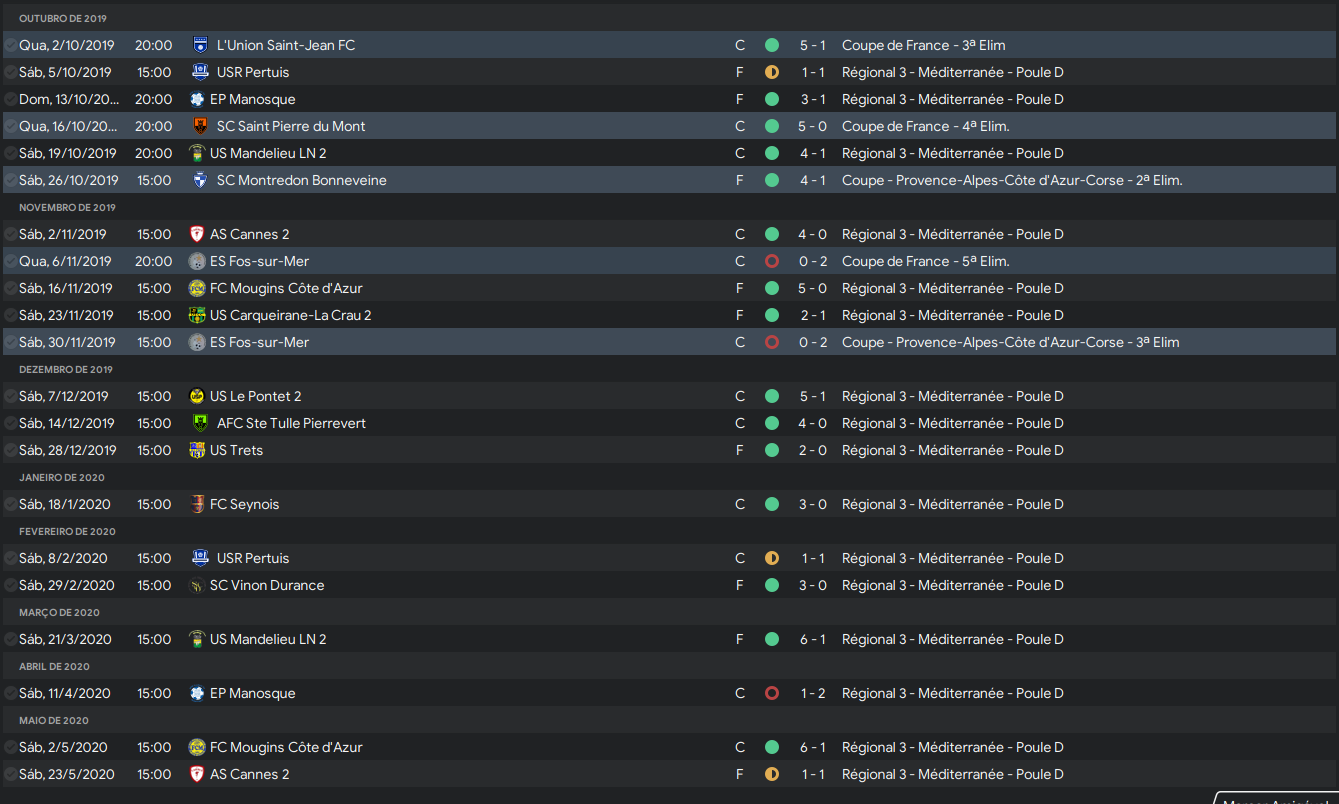 The Classification of the season 1

Well the next two games that I will show is to show you how is the domination on games, even when I get that lose.

The media of shots on games are 15. 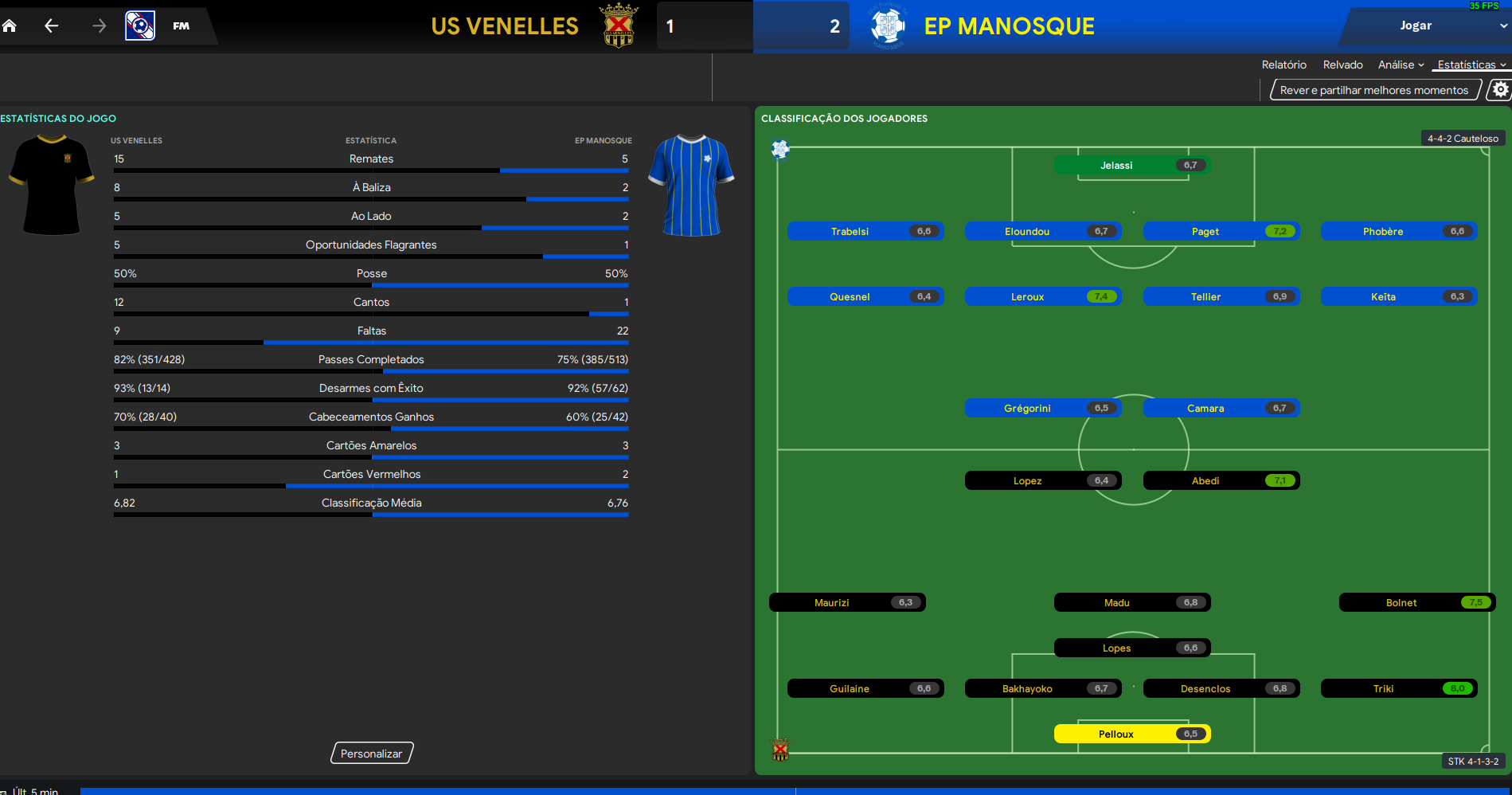 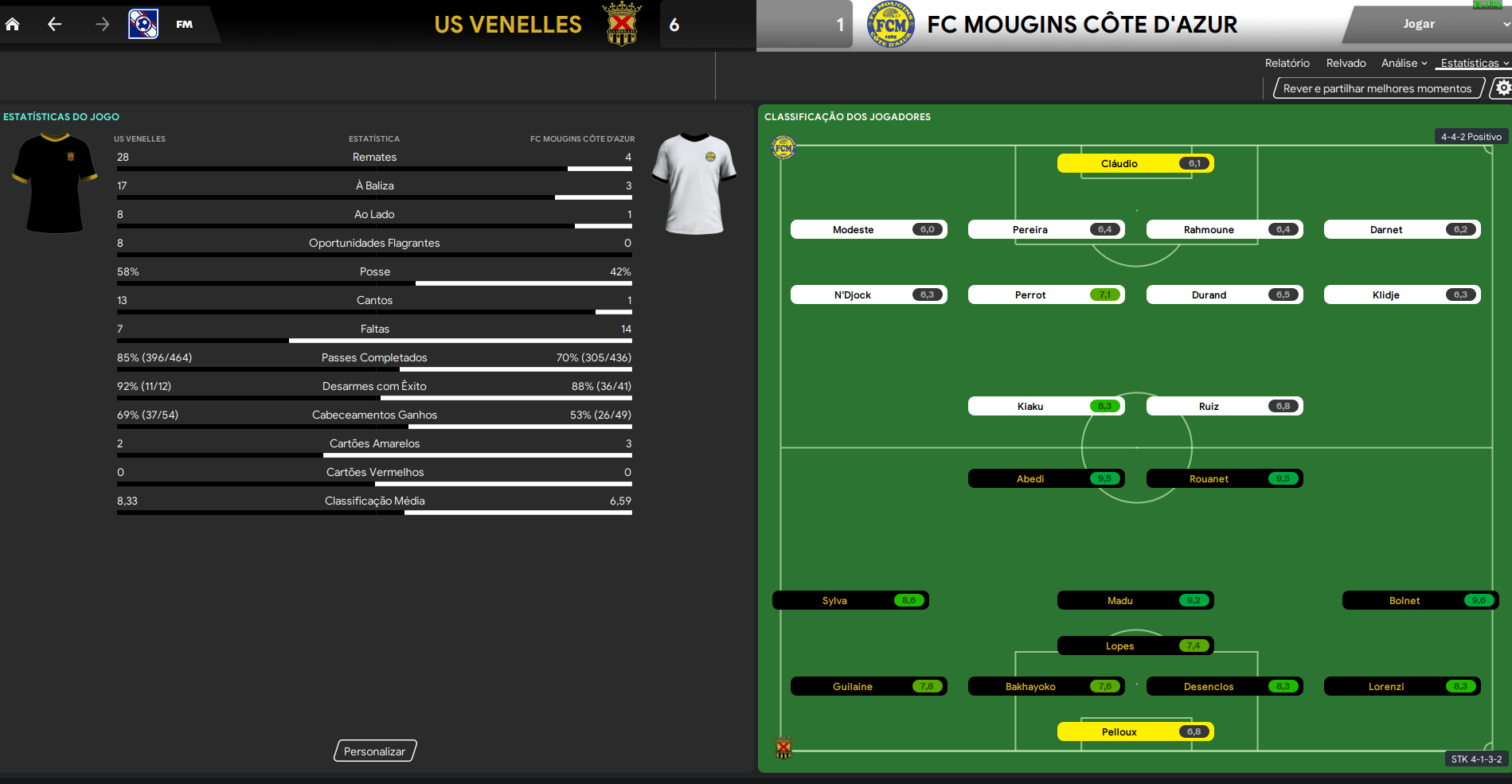 In this league I just can have players free and with amateur contracts, then I don't have much choice. But in the first season I was taking to many players to can see them, because I don't have any scouts on beginning , and after have 1 he is very bad.

In the end of the season the adepts choose a player of the year and as you can see it was the LB, and he is one of the best players on the team. 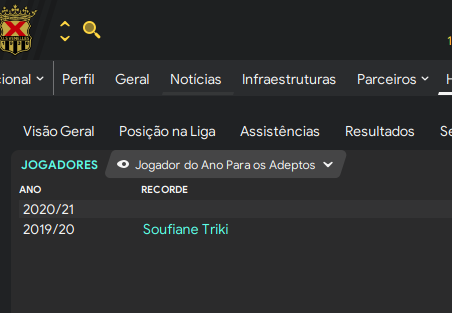 On the Second season, many of my first team players have been catch by other teams, but I have so many players on the team that I didn't have to get many of them to maintain the results.

Transfers on the second season

To finish this, I let the training to my assistant coach, the press conferences to him too.

I just give the Motivations on beginning games and mid games, the other teams instructions I let to my assistant coach.

Any question to this, just ask I will be happy to help.

Test it and give me your feedback.

Many thanks for who downloads the tactic.