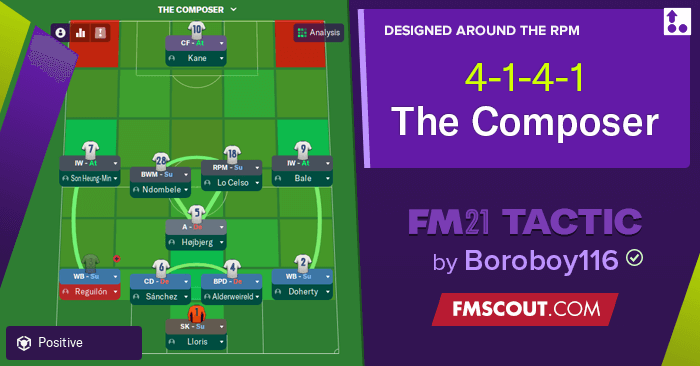 In FM21 it is more important than ever to have a clear plan of how you want your team to play, this tactic was built to get the most out of the roaming playmaker who was Lo Celso backed up by Harry Winks. The idea wasn't to hog the ball for the sake of it, I wanted short and quick intricate passages of play to unsettle the opponent.

The 4-1-4-1 formation is a humble yet versatile system with teams able to morph into different shapes in attack and defence. The 4-1-4-1 was developed from the classic 442 formation, it solved the problem of space between the midfielder and defence. The DM would act as a single pivot helping to link the play whilst covering the space between the lines, he also allows the wingers and fullbacks to be more adventurous aiding the attacking phase. 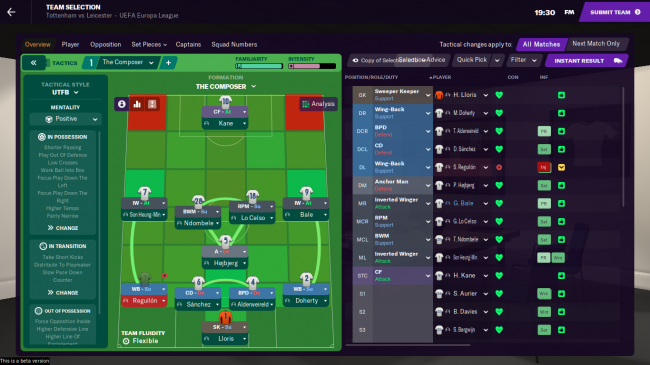 In order to get the best results and performances from the roaming playmaker, the roles around him are key. To ensure defensive solidity I used an anchor as the pivot the was tasked with sitting in front of the back four offering protection thus allowing the RPM to focus more attacking. The ball-winning midfielder was alongside him and he was there to protect the RPM, he would press aggressively and once winning the ball he would distribute it to the RPM.

With the ball, the team played fairly narrow, I wanted the team to be compact offering plenty of options for the man on the ball. But also to allow the team to be close together if the ball was lost. Although narrow the team would focus play to the wings encouraging overloads and playing in the half-spaces. 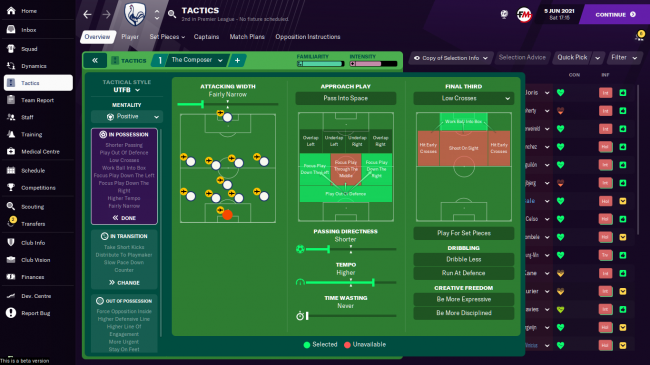 In transition the team doesn't counter press or regroup they hold the lines man marking the passing options whilst one player presses the ball carrier. Once the ball is turned over usually by an opponents error the team looks to ruthlessly exploit the gaps by countering immediately. To help advance the ball up the pitch the RPM drops deep to collect the ball from the keeper forming a double pivot. 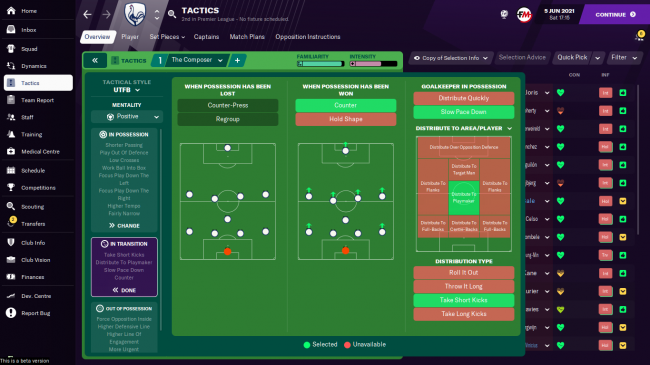 Without the ball the team looks to use a smart press covering the passing lanes to limit the options of the ball carrier to either going back to the keeper or to go long. To help with the press a high line and high line of engagement are used and to prevent needless fouls I have told the players to stay on feet. Defensive width was fluid some games I would go narrow depending on the opponents same as standard but mainly I tried to force the opposition into central traffic. 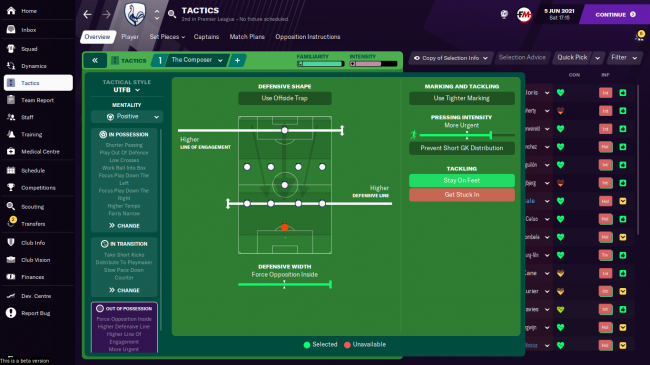 During games I would tinker with these instructions such sometimes going cautious away from home against big sides like Liverpool, or when killing the game off to maintain the lead. I used RDF's OI'S.

The video below showcases the tactic in action.

Winning every cup competition was fantastic and coming within a minute of the title was heartbreaking but overall I was very happy with the results. 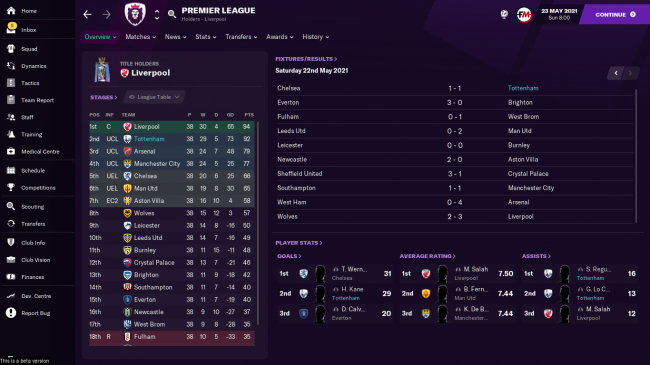 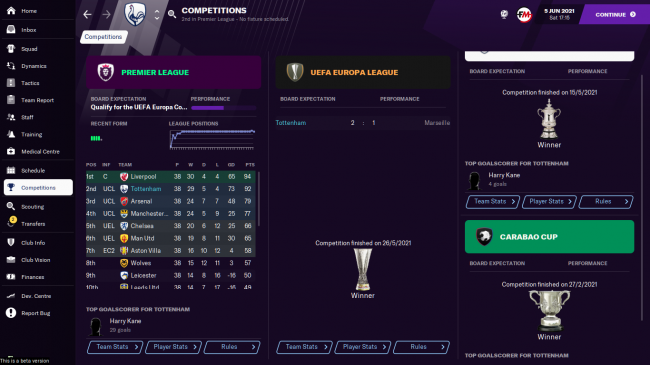 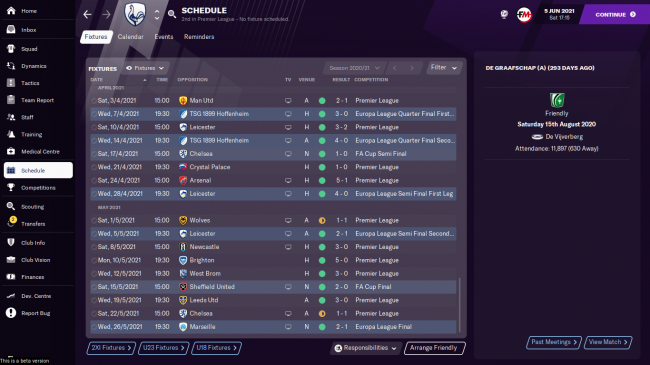 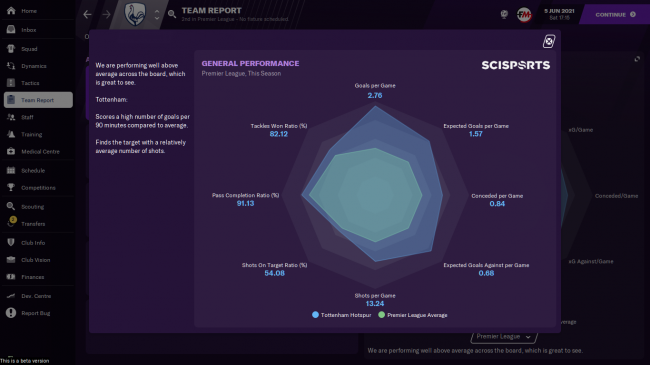