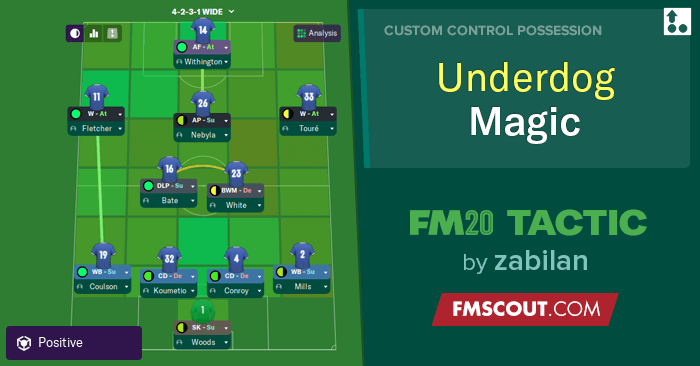 Backdrop
Personally, I am not comfortable with a 2 man midfield. I usually experiment with a 3 man midfield. The rare instance I have a 2 man midfield, I supplement it with a 3 man CB pairing. In this current save, I decided to see how far I could take a lower division team. I started off with Oldham Athletic in Sky Bet League Two. The budget was low and strict and I have rarely purchased a player by playing an outright price. My obtained players either through the loan market or signed up players with expired contracts.. Got promoted to Sky Bet League One in the first year but the next 2 years were languishing in 18 and 17 respectively just fighting off relegation. I decided to make some changes to staff and setup a link with Chelsea to get some loan players.

The philosophy is quite simple. It revolved around overloading the two flanks symmetrically with attacking wingers providing width and threatening in the box. To support the winger, I have supporting wingbacks which allowed me to have 5 players in the final third very quickly. The CAM was an advanced playmaker who could support on the wing or in the box and hence gave an additional outlet for loose balls. The other two midfielders were a defensive deep lying playmaker and a supporting ball winning midfielder. This allowed me to have 3 things - a good range of motion for my central midfielders, enough defensive support and decent creativity to initiate attacks from deep when pushed back.

The 3 players on loan players from Chelsea turned out to be the difference as well. These were a striker, a left winger and a central midfielder. I wanted good strong pressing and fast movement of the ball along the flanks. The point of the tactic was to have enough numbers in the key areas namely the two flanks and the final third. Needless to say, having good wingers and fullbacks is definitely helpful. Most of my attacks were from my left flank where my winger and fullback were very good.

I strongly believe that improving the support staff and getting in the Chelsea loanees made a massive difference. However, my money is on this tactic because the other two tactics I had used failed and I was knocked out of Leasing Cup, FA Cup and the Carabao Cup. Moreover, I had a few defeats early on in the season when I tried to play round robin of the tactics in the matches to understand a good fit. 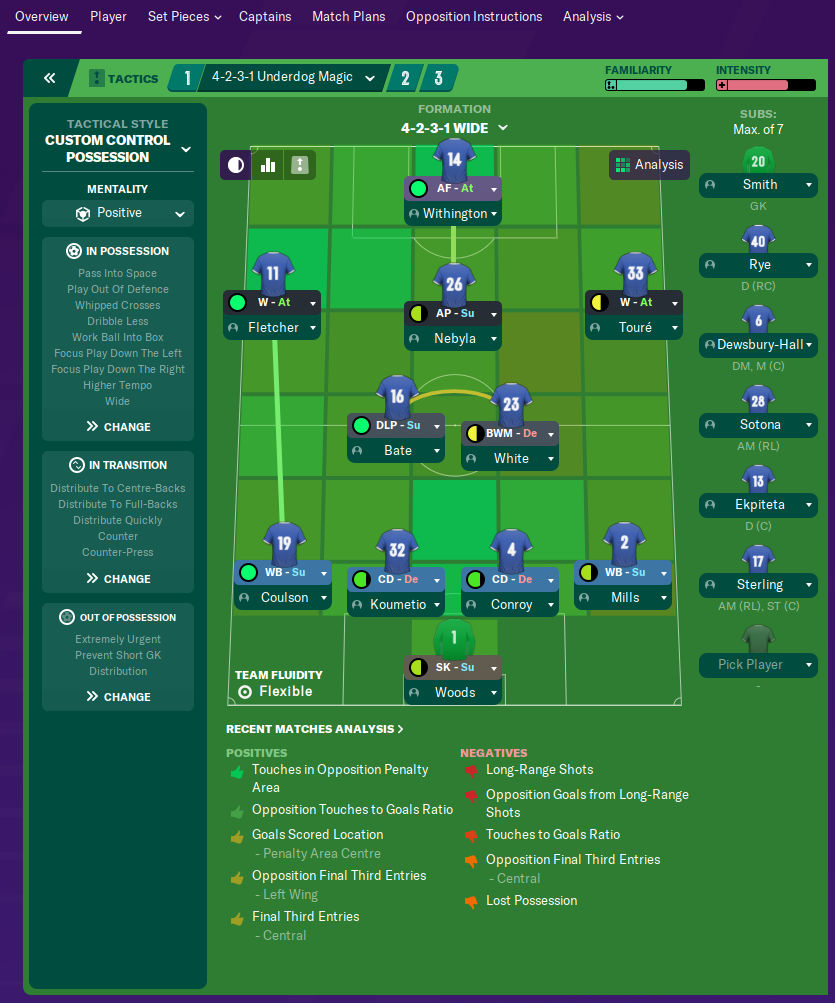 Do let me know if this tactic worked for you.