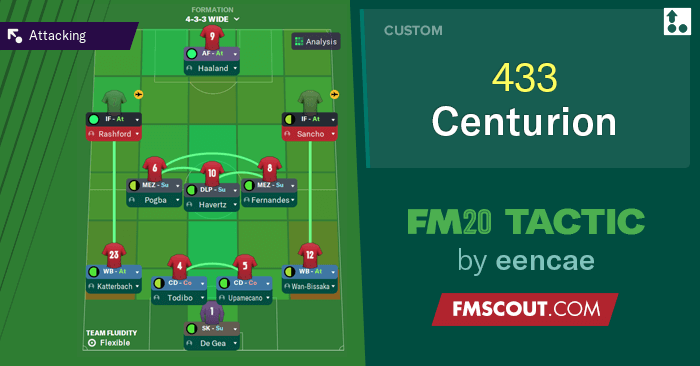 In FM19 I created a 433 tactic that I found very successful. I posted it on FM Scout and to be honest, pretty much forgot about it. I recently came across it again and found it had been downloaded over 115,000 times and was one of the most popular FM19 downloads. I was shocked by this and thought I needed to update it on FM20! Since I'd posted it on FM Scout I'd named it 'Centurion' as I'd gone 100 games unbeaten on FM19 using it. 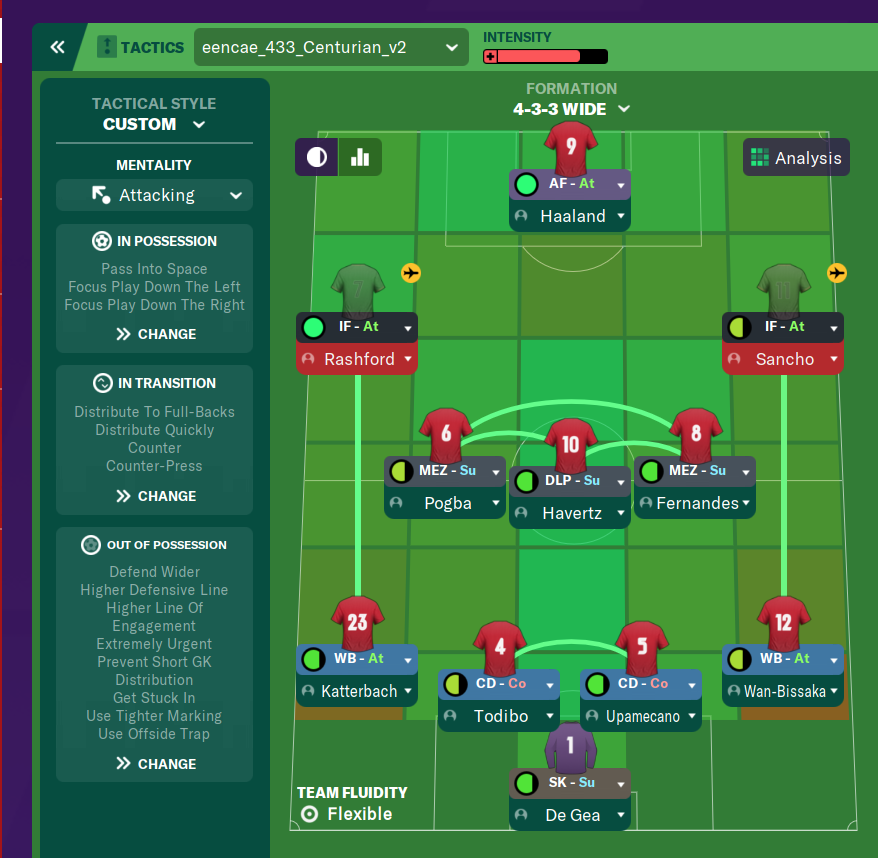 The formation is simple with the attacking threat focussed down the flanks. Inside forwards provide a strong goal threat with attacking wing-backs to get forward into the spaces vacated by the forwards cutting inside. The two Mezzala's also contribute to the wide play with the deep-lying playmaker playing balls forward into space for others to run onto. Here the central defenders are on cover duty to slightly lower their mentality and help to guard against the counter. As with most of the highest performing tactics, a high-line, high-pressing, high-intensity Gegen-pressing approach is used

I first tested it with my 'elite' Man Utd team in the 23/24 season as that was the game I was playing at the time. I play FM Touch and the season was mostly completed using Instant Result and ended as probably my best FM20 season thus far. Despite the attacking nature of the tactic, the defence was extremely solid. Although it is important to point out that both Upamecano and Tobido are extremely good as well as being extremely quick. I am not convinced it would suit Harry Maguire very much! The direct football and lack of 'work the ball into the box' results in a style with lots of overloads, lots of shots and some big wins while rather surprisingly still being tight at the back. 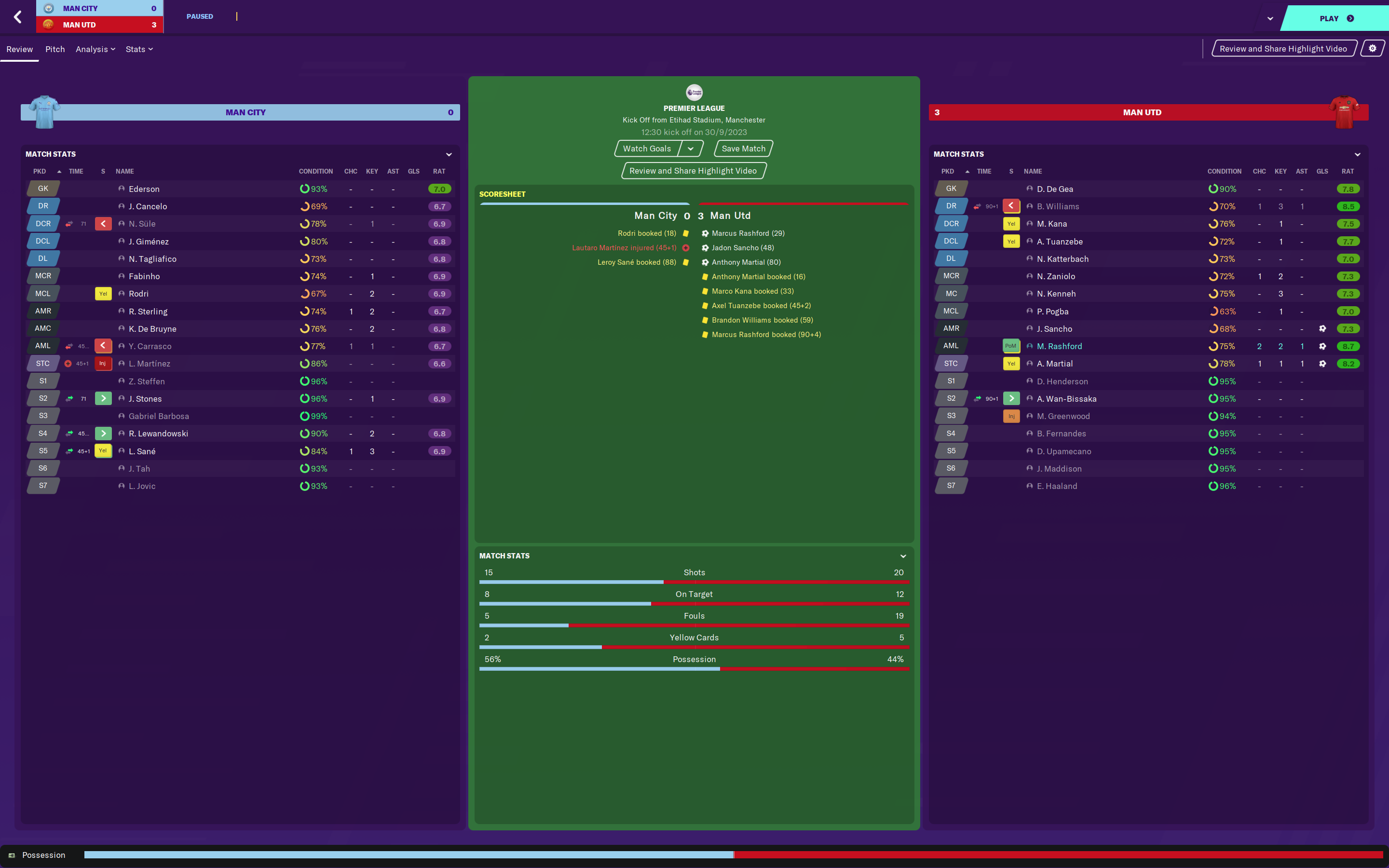 As well as winning the league, the team also won the FA Cup and Champions League. I forgot to get a screenshot of the squad at the end of the season, but some player stats (league) from the histories are as follows (appearances (sub), goals, assists):

To give a bit better benchmark of the performance, I also ran a quick holiday season test with Liverpool. They are very popular for testing tactics with top teams and so you can get a good idea of the relative performance (albeit subject to the usual random fluctuations). The season was a success with a Premier League, League Cup and Champions League treble. 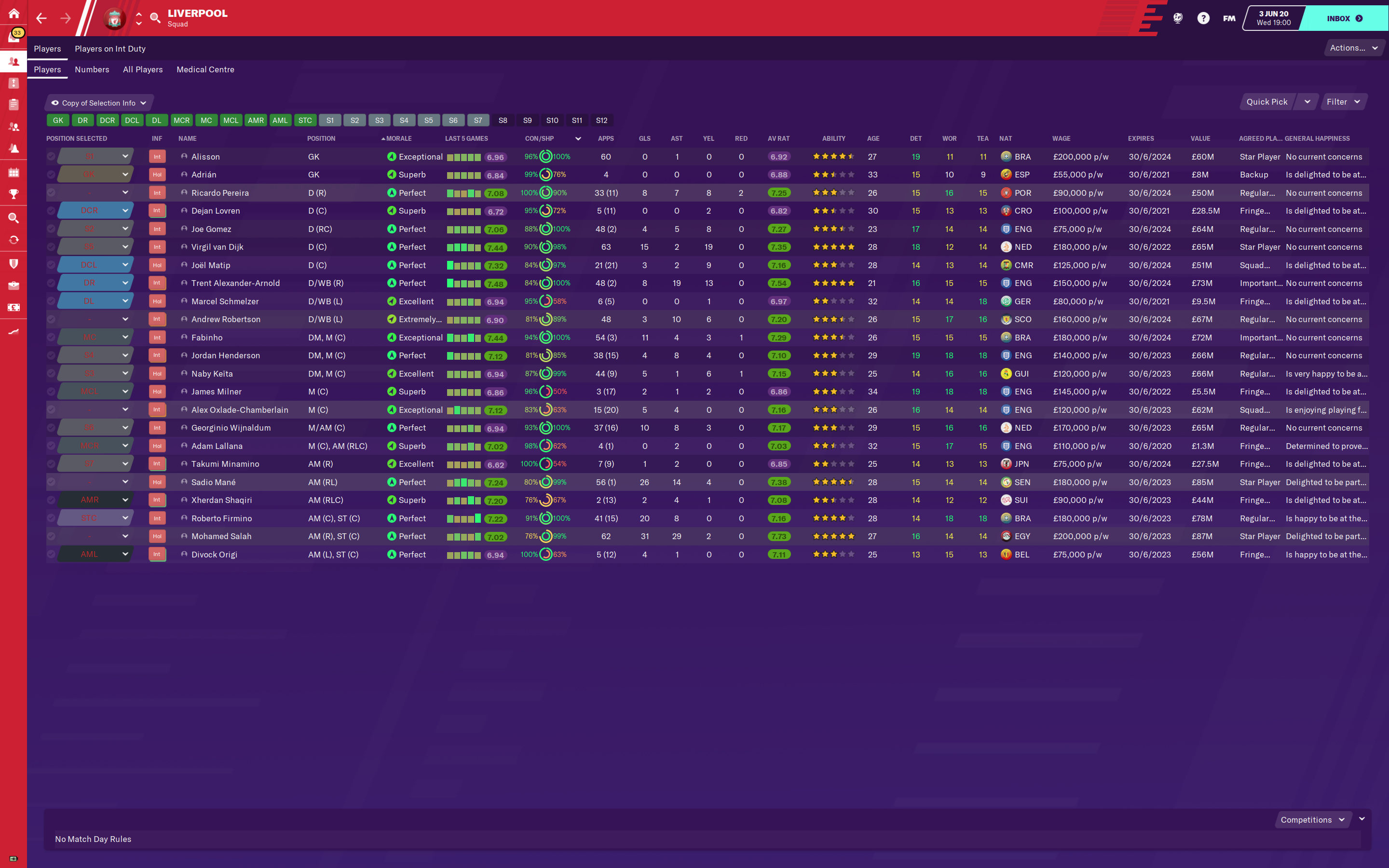 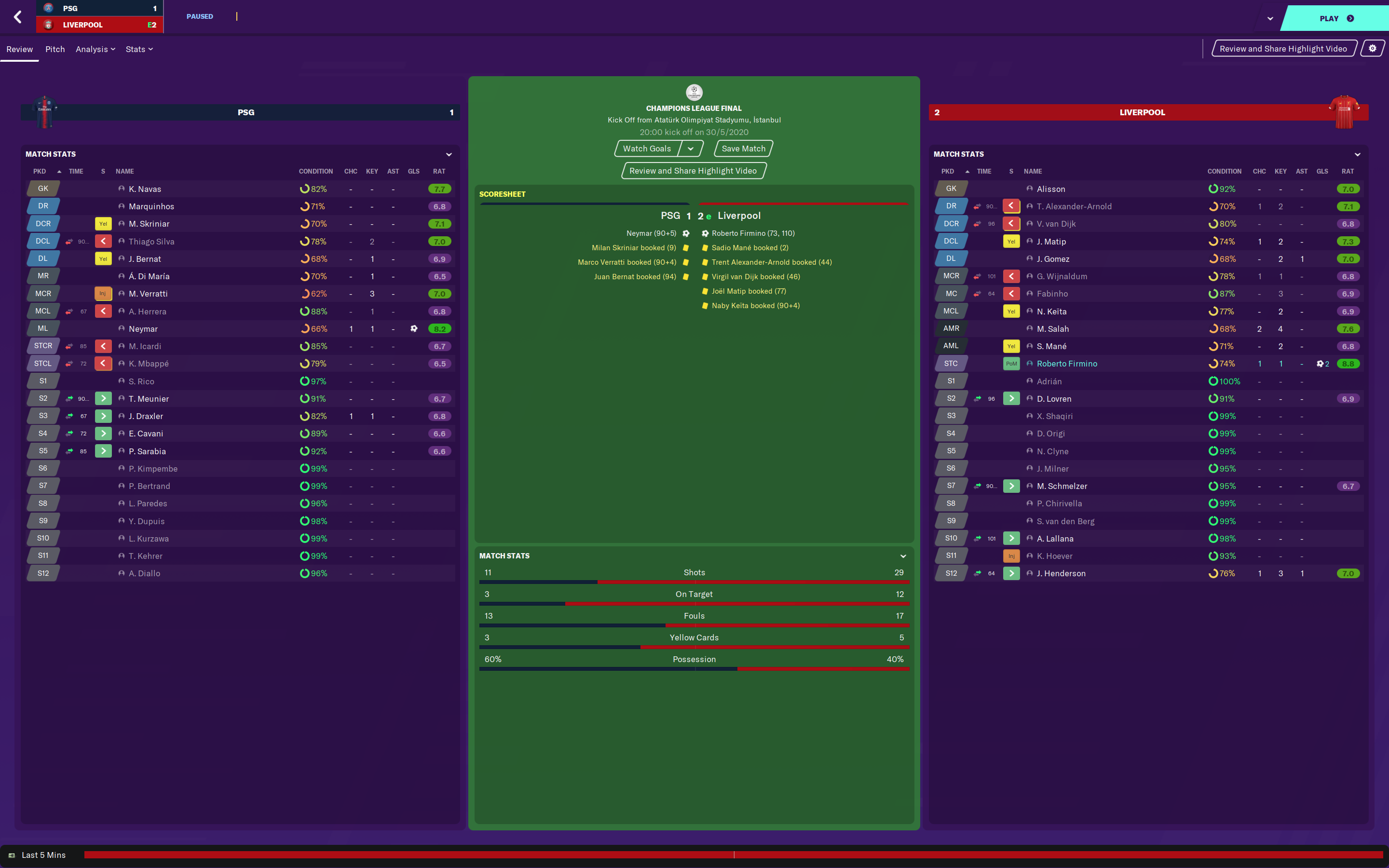 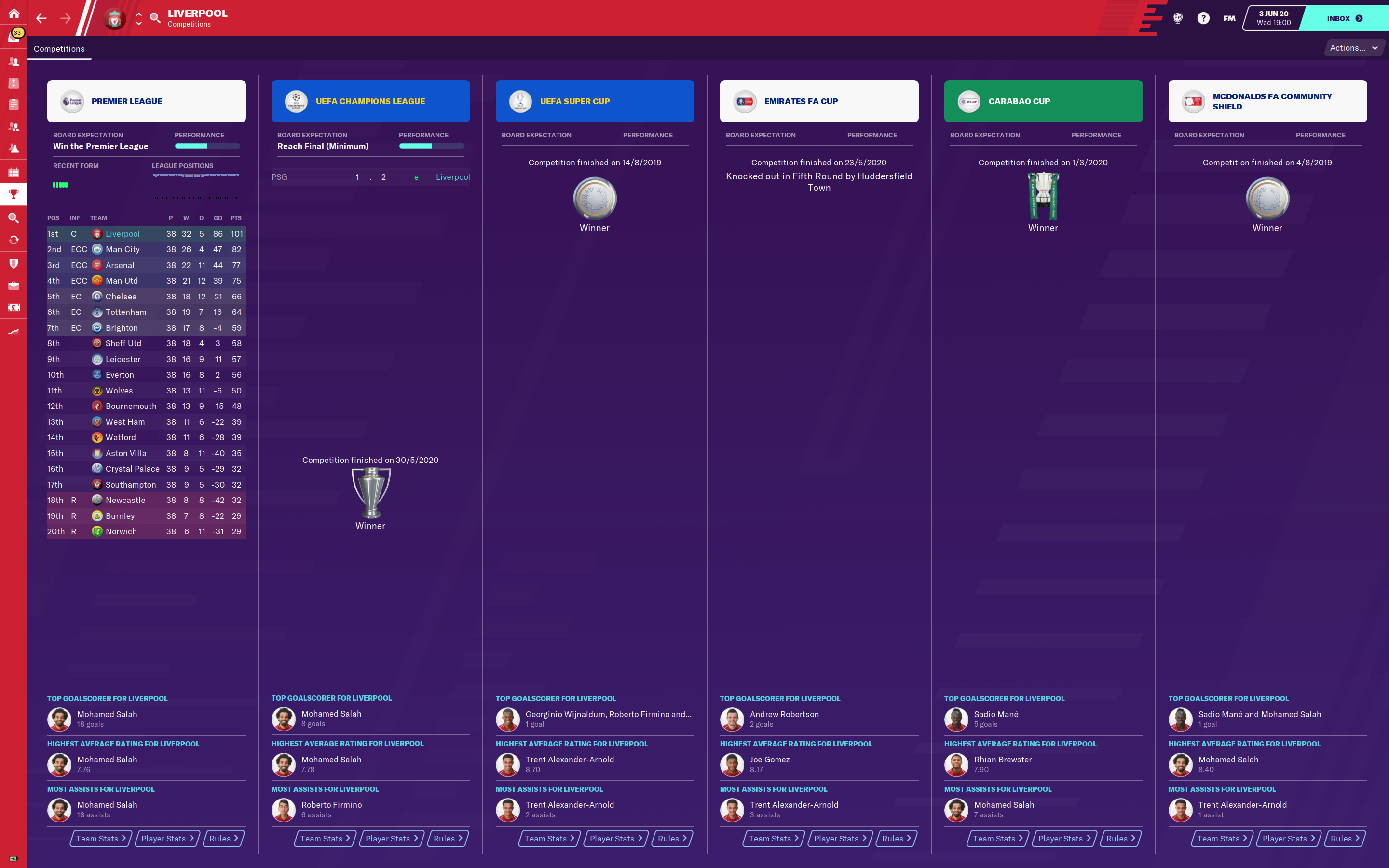 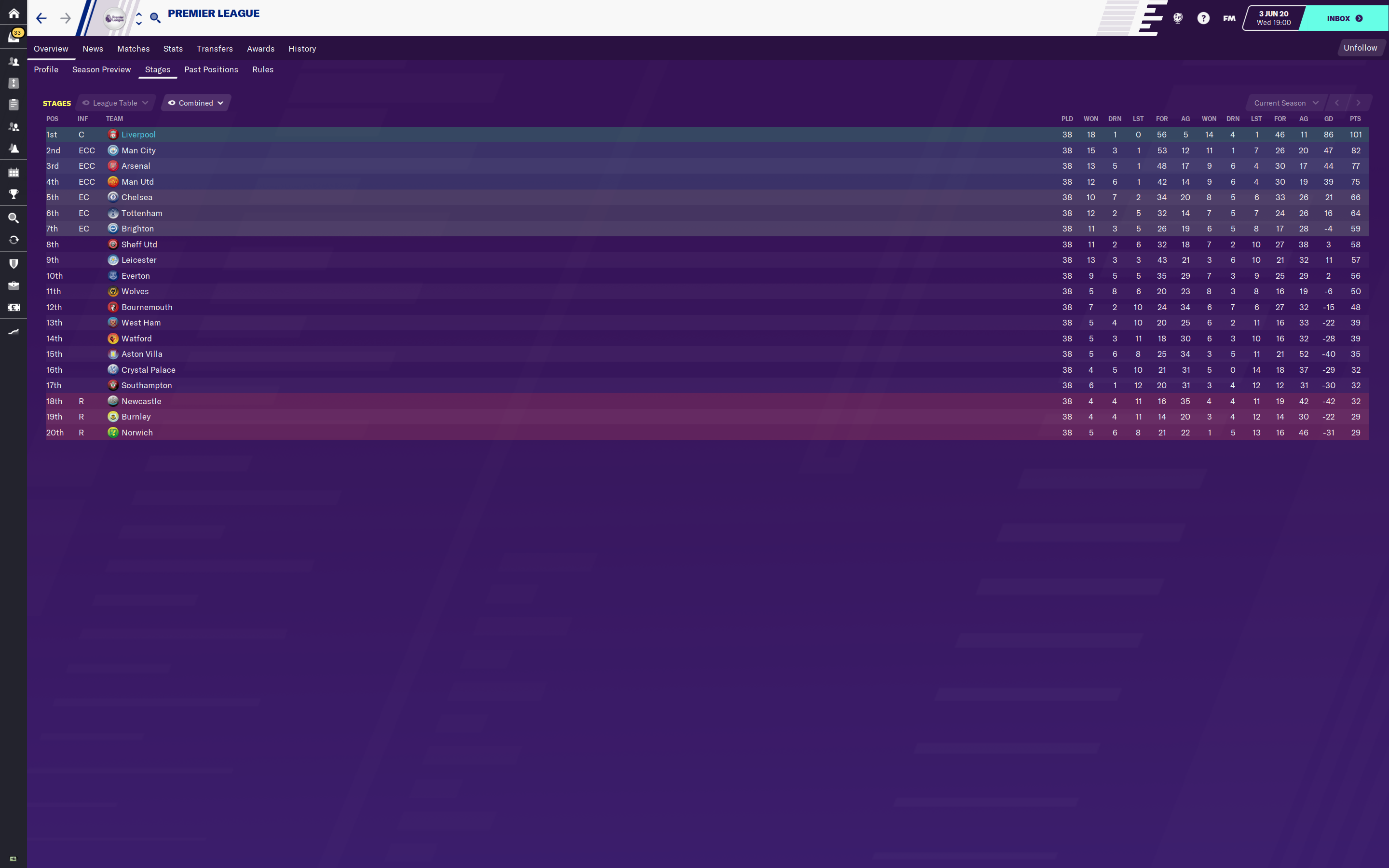 As you can see, lots of goals for Salah and Mane, along with Van Dijk from the set pieces. Alexander-Arnold and Robertson also provide plenty of assists.

This still seems to be a strong tactic on FM20 (assuming you have the right players). I've not tested with sub-top/underdog or in the lower leagues, so any comments below will be useful.