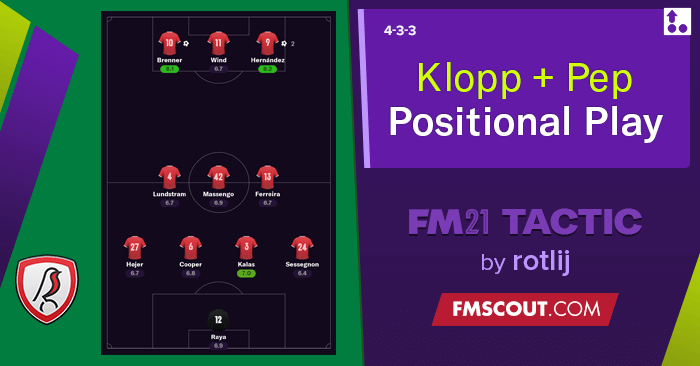 LB - Wingback Attack: usually one of furthest five players in the attacking phase.
LCB - Centre back (defend): instructed to stay wider when the team is in possession to cover the gaps created by the LB bombing forward and also creates a passing option when recycling possession
RCB - Centre back (defend): no specific instructions here...just make sure we don't concede too many goals
RB - Inverted wingback (support). Like Cancelo. Would step into the role of the MCR when he goes into the wider areas. Tends to drag the opposition winger (AML) on man mark duty out of position to reduce his threat in the transition phase.

MCL - Box-to-box midfielder: Runs in the space created by the CF(left) moving into the wider areas. Inspired by what İlkay Gündoğan is doing at Man City at the moment. My BBM misses a lot of chances though. I should get a better goal scorer in the summer window.
MC - Deep lying playmaker (defend) - I trained Massengo (my primary DLP) to drop deep to pick up the ball and switch play to the other flank. That way we make the most of positional tactic
MCR - Centre Midfielder (Attack): Inspired by De Bruyne & Emile Smith-Rowe The player is more or less a Mezzala. Stays wider and run wide with the ball. Drags the opposition MLC on man-marking duties into wide areas and limits their threat on the transition. If the MLC doesn't follow him, then we can create overloads on the right with CF (right)

CF (left) - Pressing Forward (support) - stays wider to support to combine with the DL opening up space for the MCL to run into. I used Brenner in this position because he is a really good dribbler so he holds up on the ball well in the attacking transitions.
CF - False nine (support) - inspired by Firmino 100%
CF (right) - Pressing Forward (attack) - this is the main goal threat in the team. Cucho Hernandez plays in this role and is the league's top goal scorer with 22 goals. I didn't think he would be that good when I bought him. 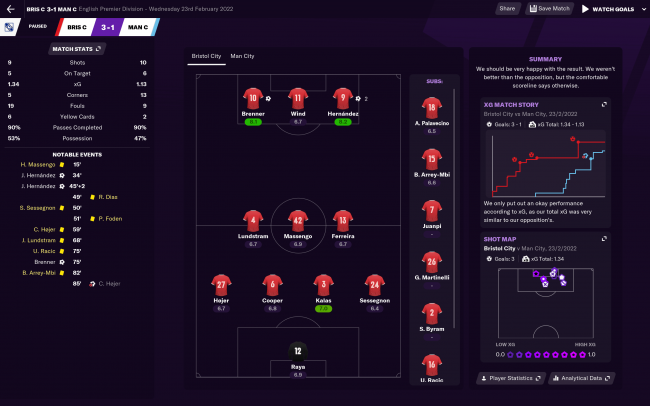 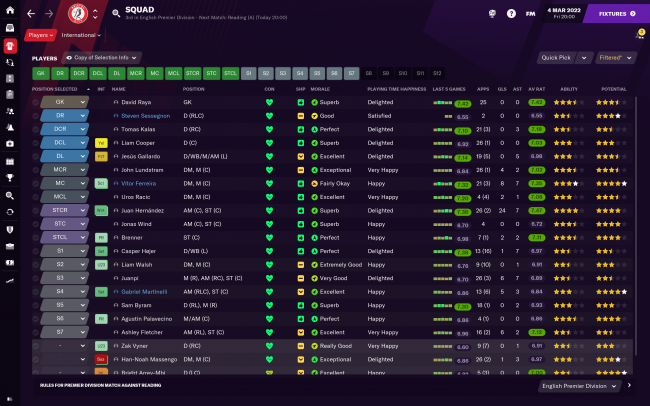